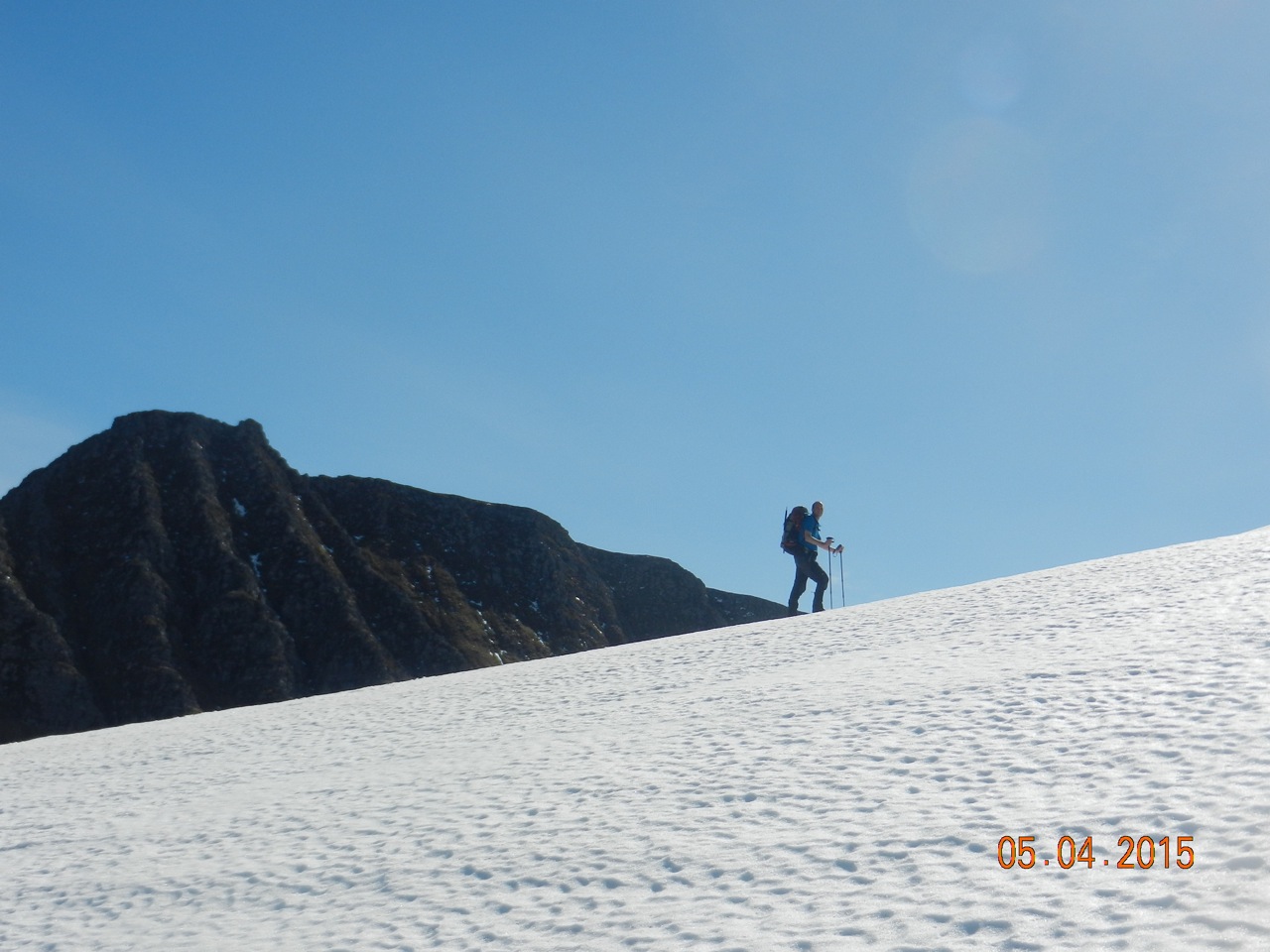 A sensational arc of mountains!! All of the major classics of the north-west, spread out for our view, and looking as though we could touch them.
From An Teallach to our south, up through the Beinn Dearg group, across Ullapool to Ben More Coigach, Stac Pollaidh, Cul Beag, Cul Mor, Suilven, Canisp, Quinag, and to our north Foinaven, Ben Hope on the horizon, and Ben Klibreck over our shoulder. And way, way, way to the south, a tiny hump........ the Ben itself. 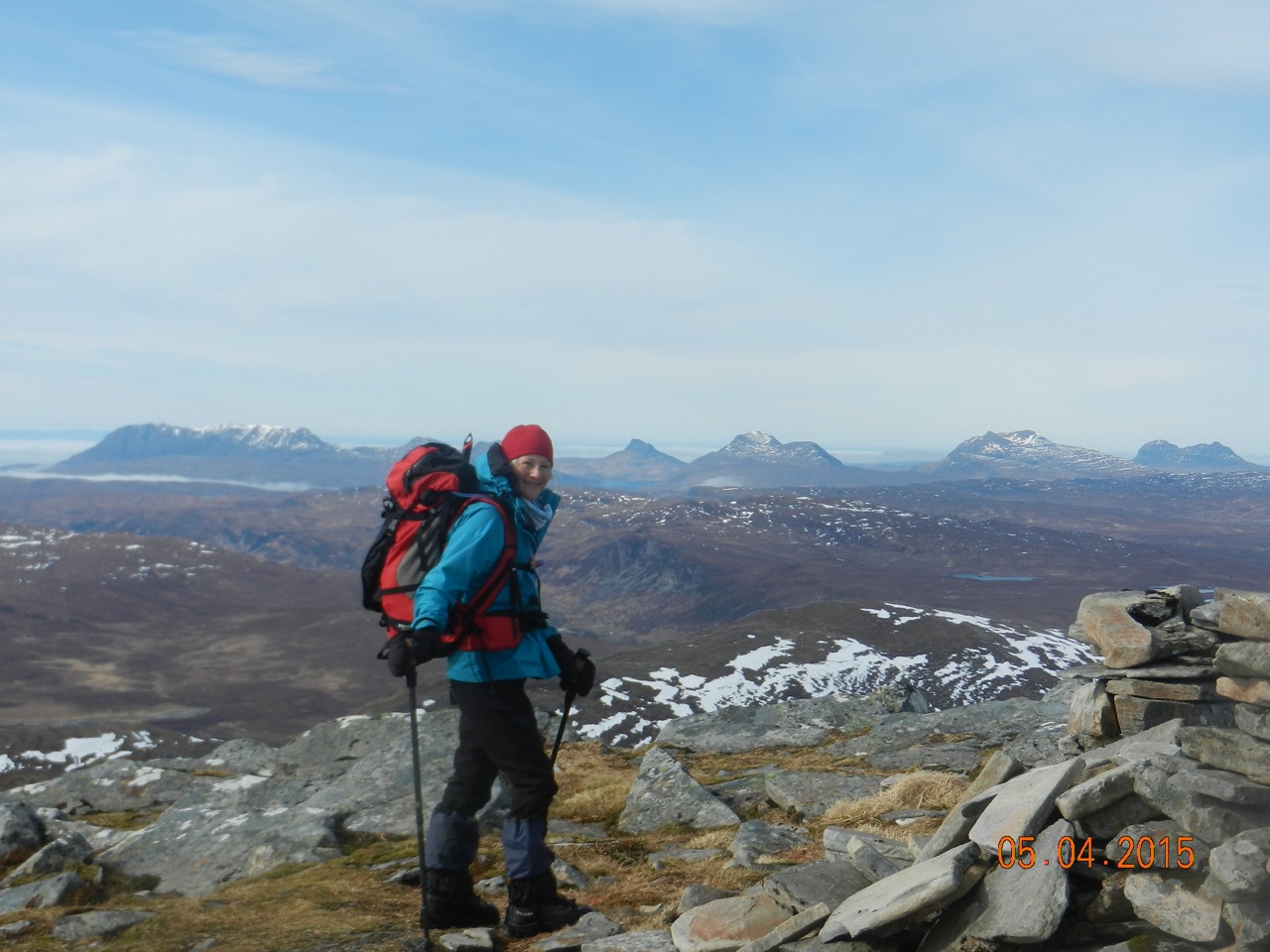 Winter had suddenly turned to spring. Such a view on such a day held us entranced.(Particularly as my previous visit had been in mist !!) 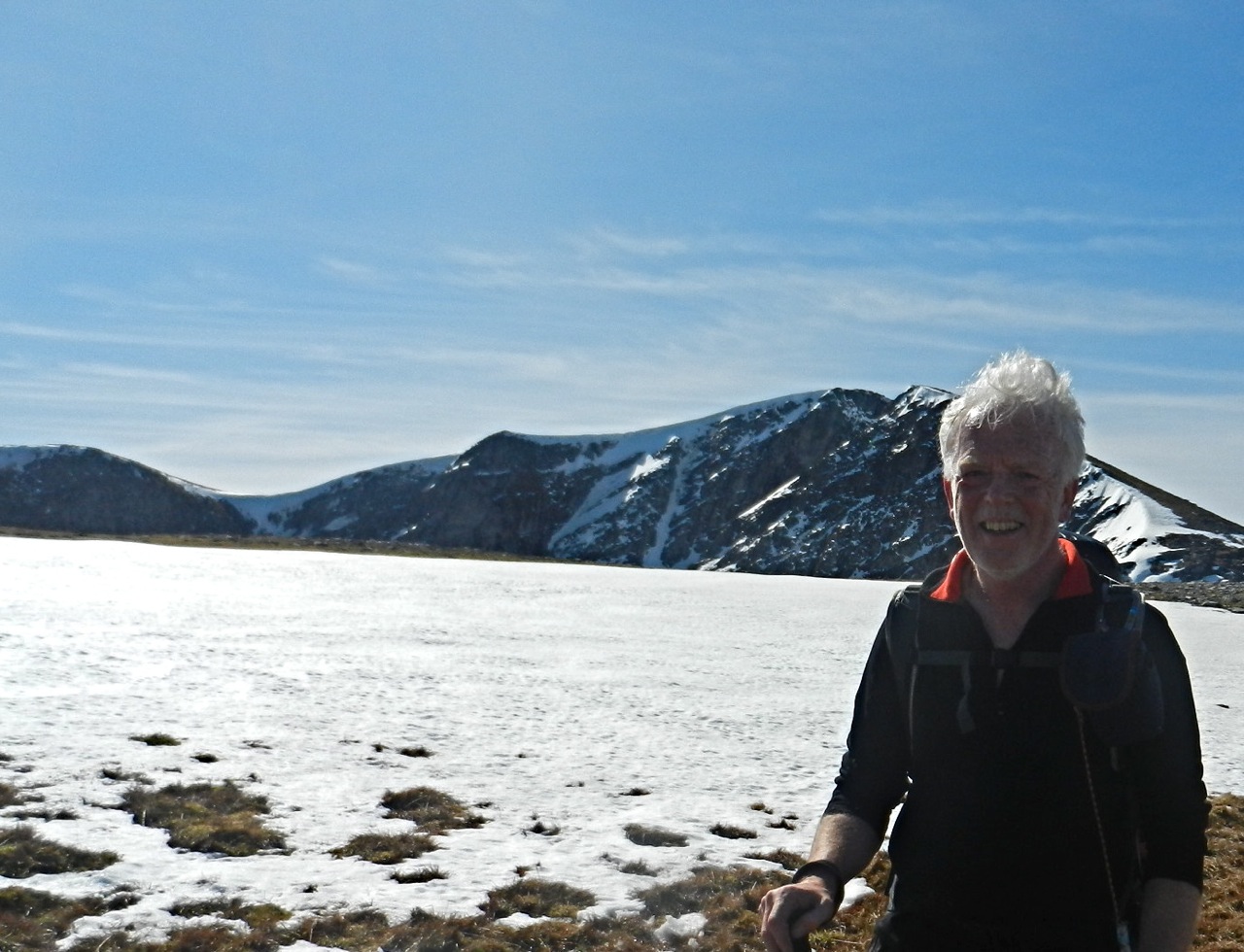 Seanna Braigh itself is both elegant and majestic. It's a long way to go, though, being one of the most remote Munros, comparable to A'Mhaigdean and Carn Fhidleir. I drove the car down the gravel road from Oykel Bridge to Corriemulzie Lodge. Gently does it...... over 6 miles we averaged 9 mph. Even so, it was another 5 miles on foot to get to the hill. But for such a day..... 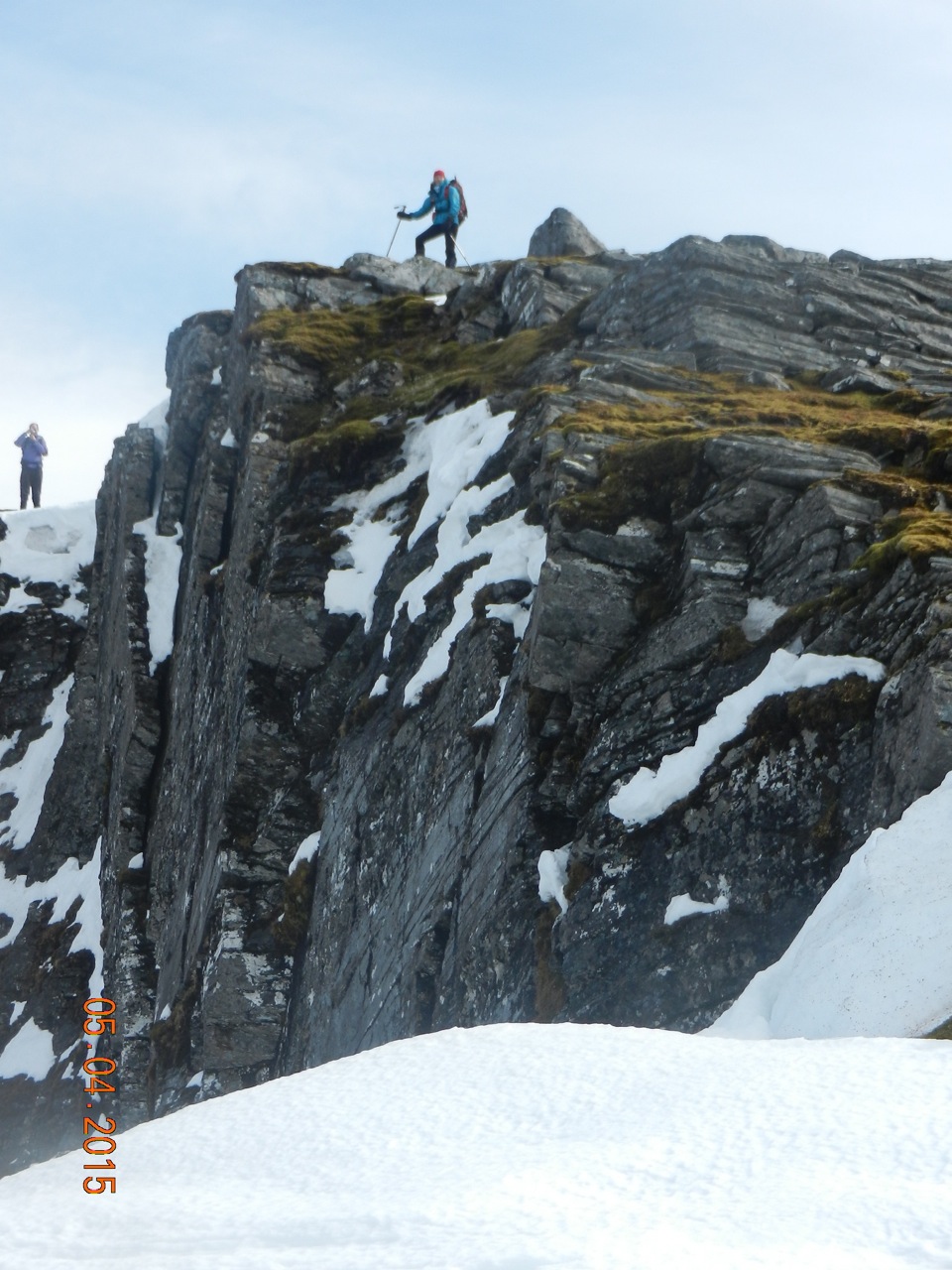 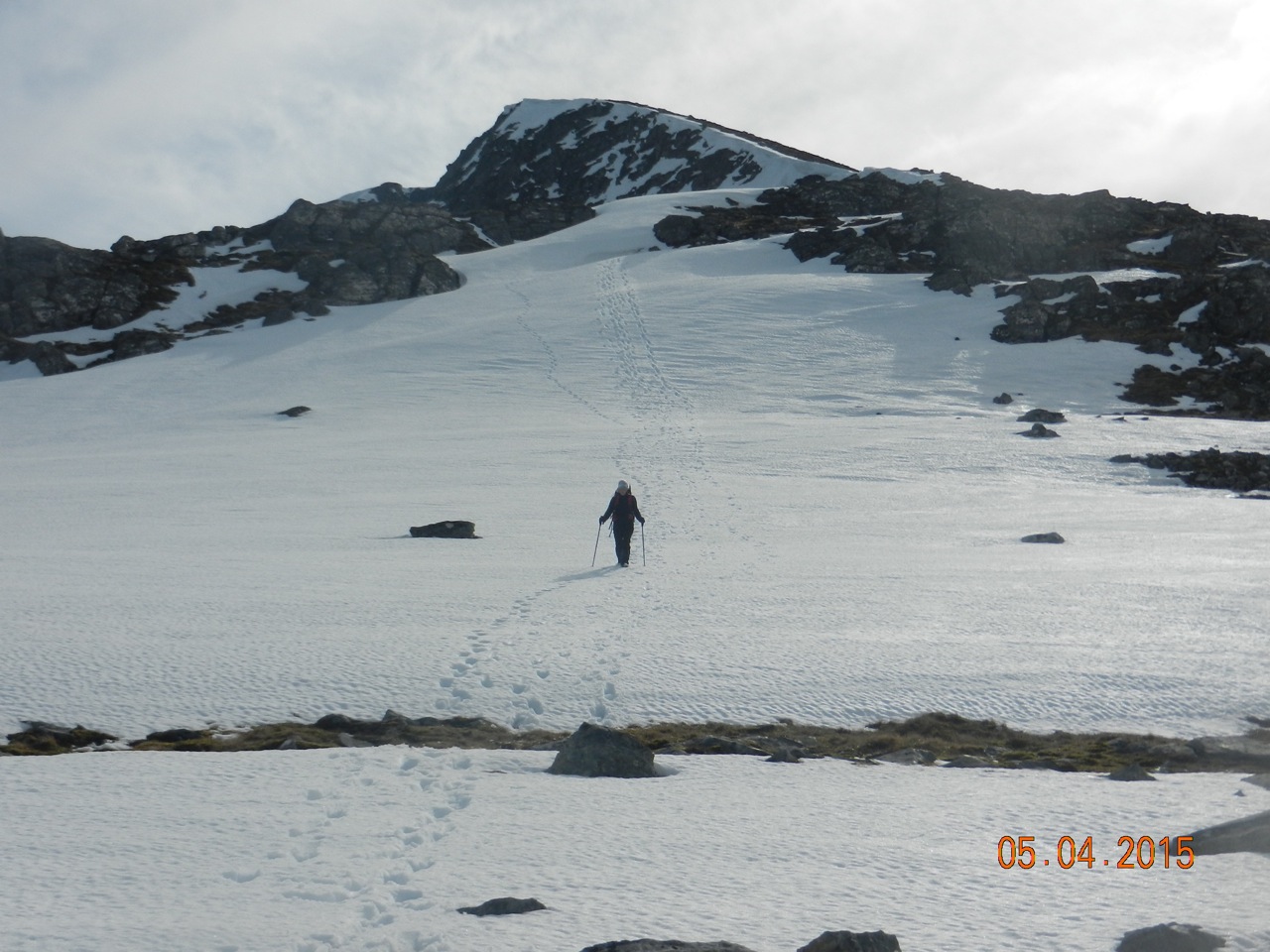 Dolly, Paul and I went for a Big Mac the next day. Mac Dui that is.
The main problem now was to acquire sufficient sun cream to cope with the forecast, plus some sort of headgear. 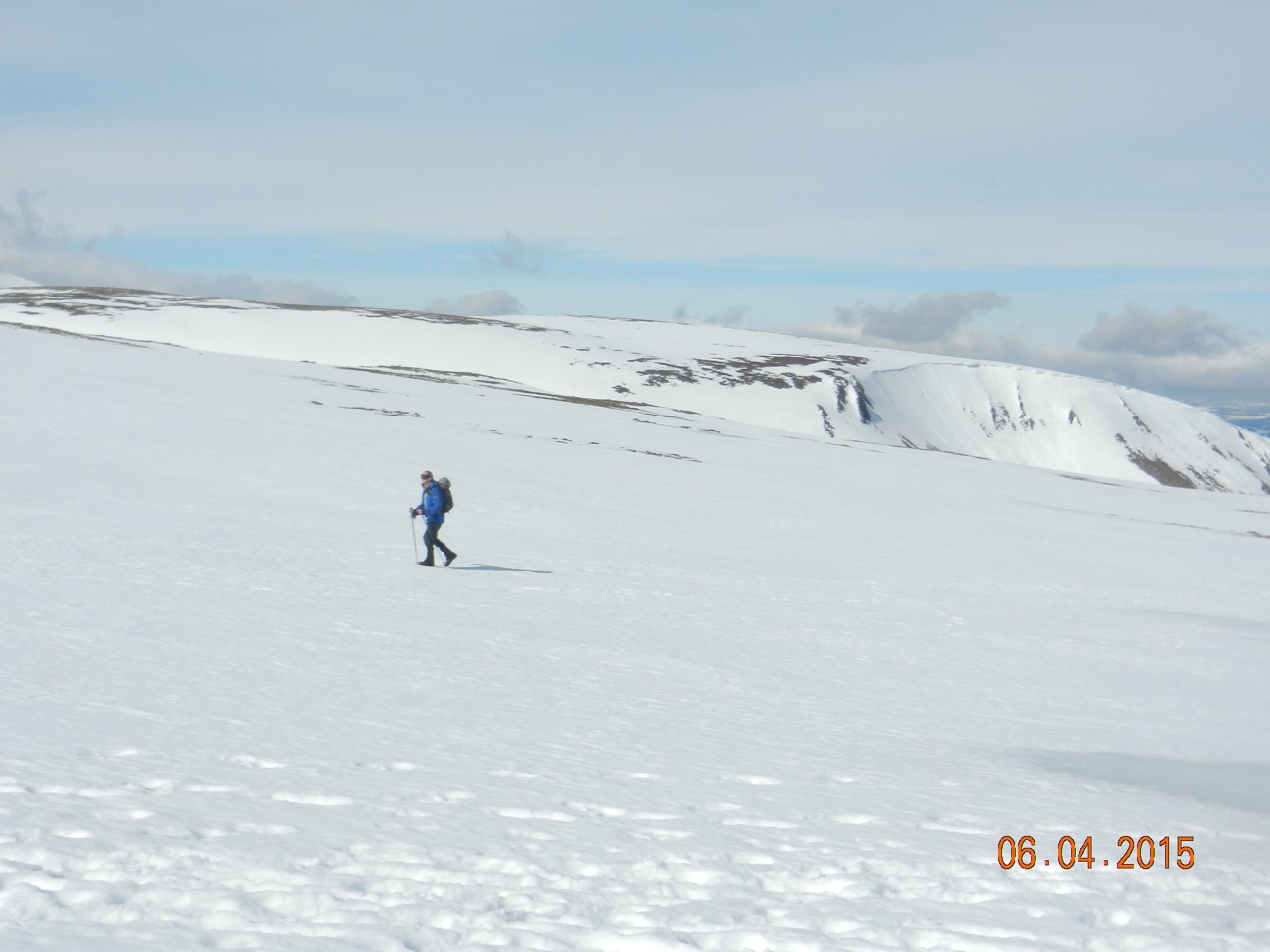 From the ski centre, we made a rapid ascent via Lurchers Crag, and across the vast, wild plateau. 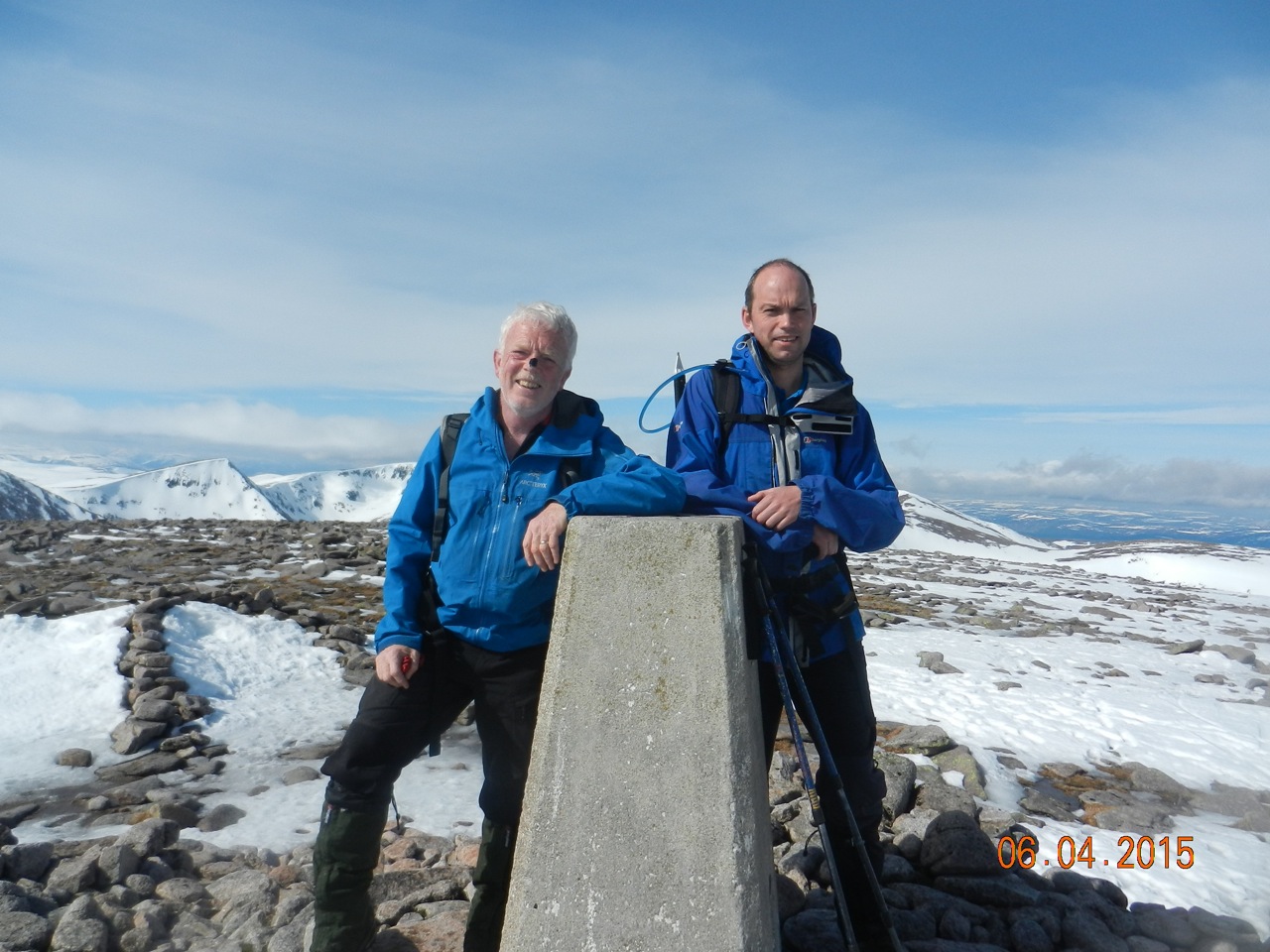 The stunning architecture of Brieriach and Sgurr an Lochain Uine held us in awe, along with the more distant views across hundreds of square miles of mountains. 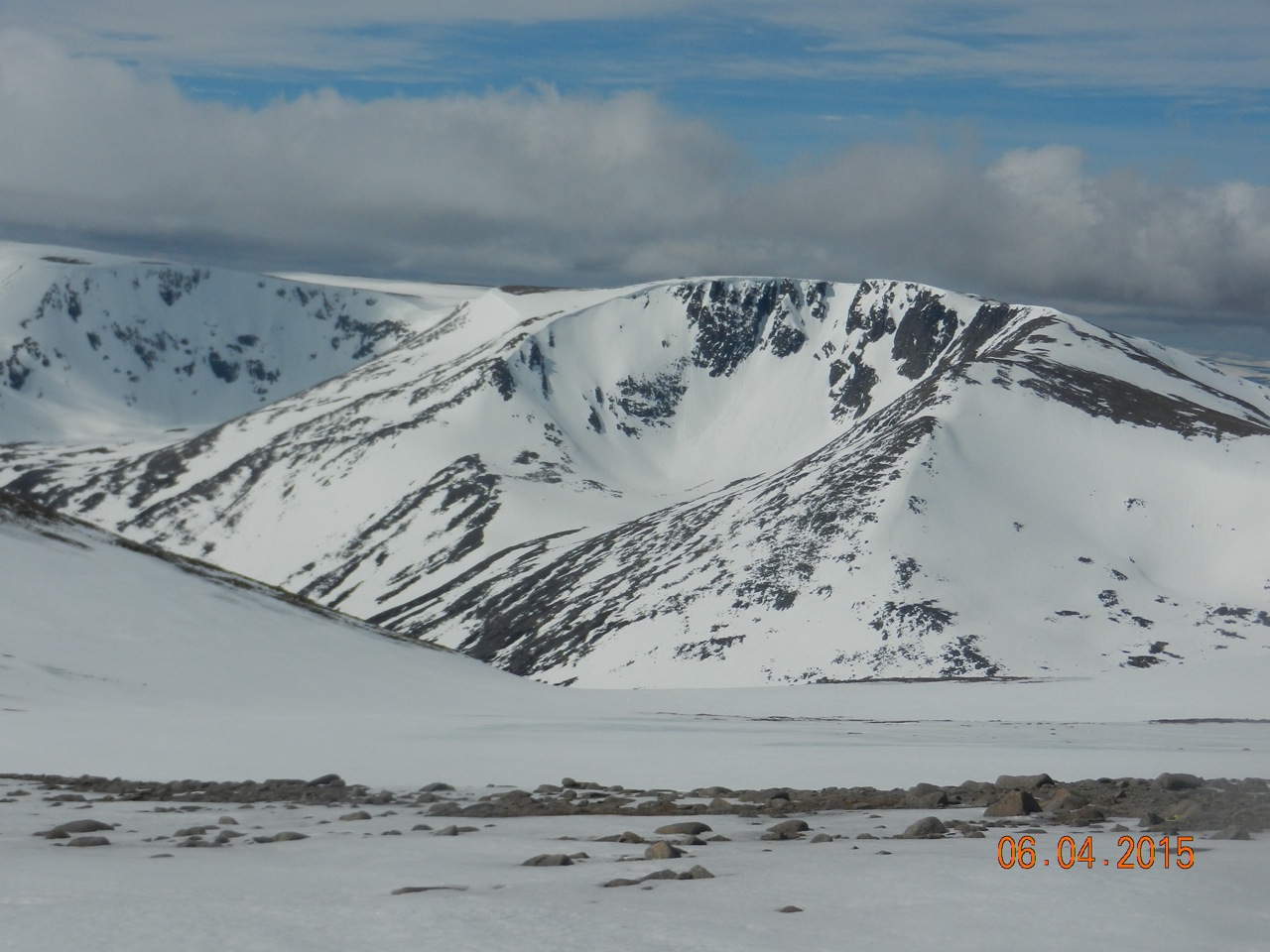 Our return journey took in a peek at the old snowholes in Coire Domhain before skirting the rotting tops of the Sneachda gullies. Meltwater dribbled everywhere in the sunshine, as the last of winter ebbed away. 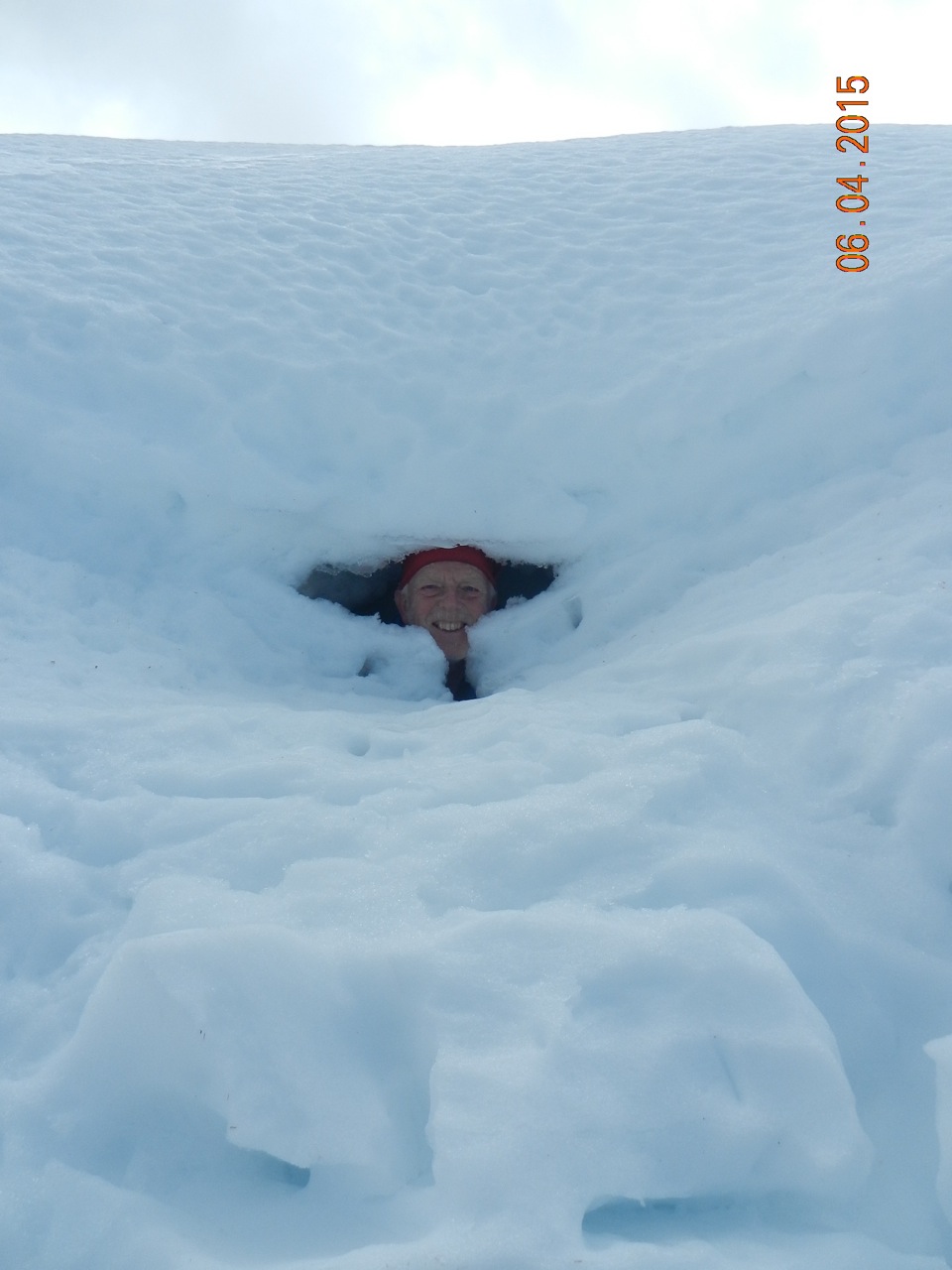