Saturdays in Winter are for the Lakes

On 19 January, Andrew, Dolly, Steve, Ange and (other) Andrew all went for a walk from Hartsop in the Lakes. It was a single day raid starting with a quick and steep uphill start from the Hartsop car park (a nice little secret) up to Hartsop Dodd. 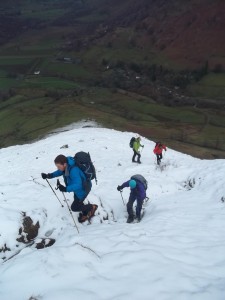 Hiking up to Hartsop Dodd 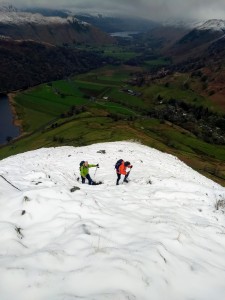 Ange and Steve with the valley below

The weather closed in at the top of the Dodd, but we kept going on to Stony Cove Pike and then down past John Bell's Banner to Kirkstone Pass. 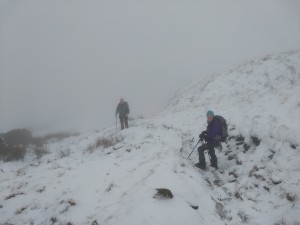 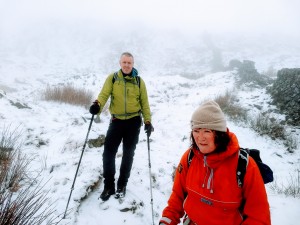 Steve and Ange on the descent

At the pass, we cleared a little picnic table of snow and re-fueled. Red Screes looked clagged-in, so we decided to head down the pass, past Caudalebeck farm and Brother's water back to the car.  The White Lion pub was cozy, eclectic and served a mighty fine Wainwright's ale. It was a good start to the Lakes winter season! 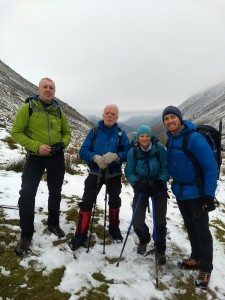