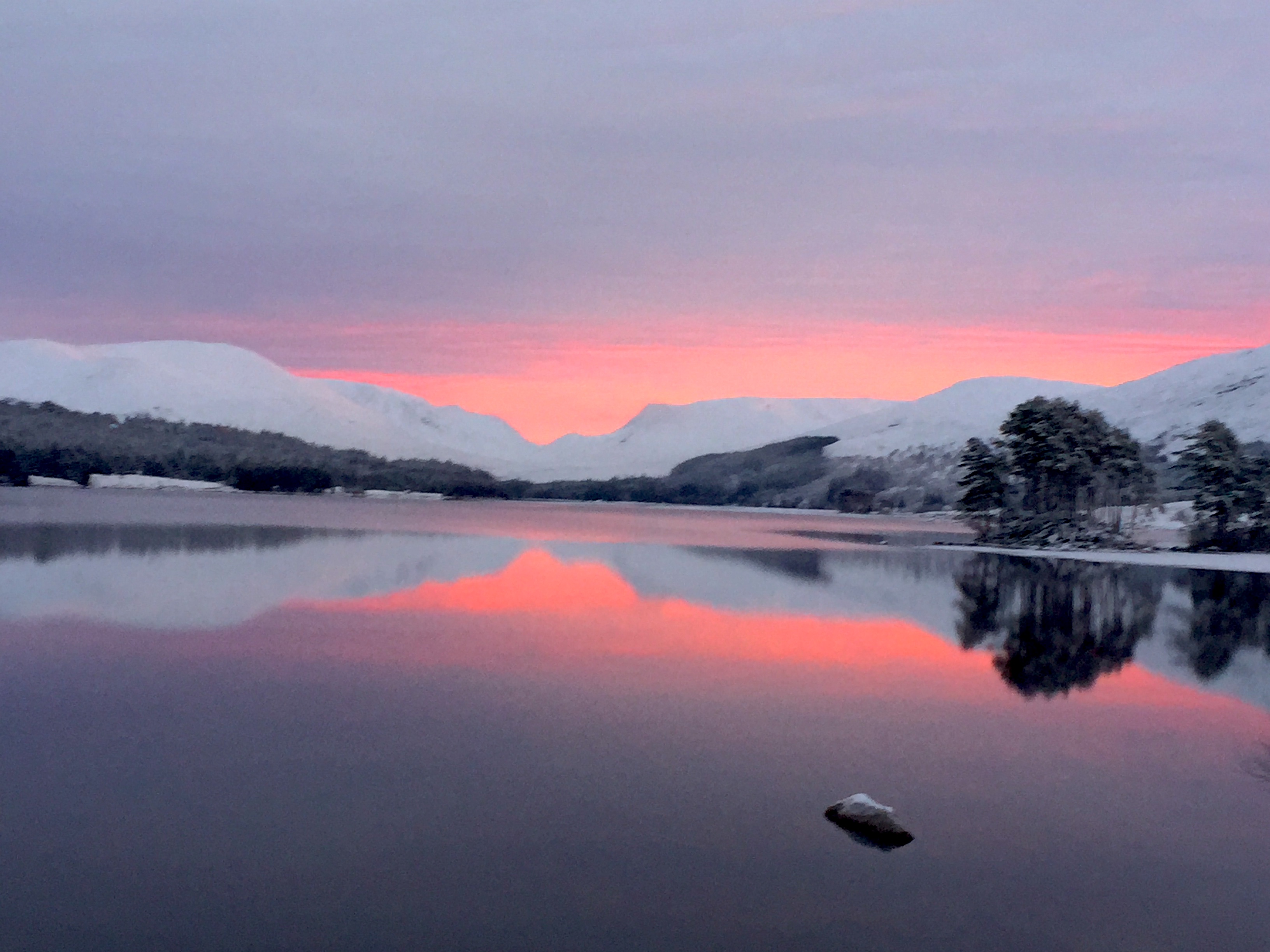 The star attraction of our winter midweek special was Loch Ossian. At 1200 feet up in the heart of the Highlands, Ossian lies miles and miles and miles from any public road, in one of the quietest and most remote places in Britain. The Stag Parties here consist of a well-antlered gentleman who  comes carefully but bravely to eat off the outside table at the tiny Hostel. 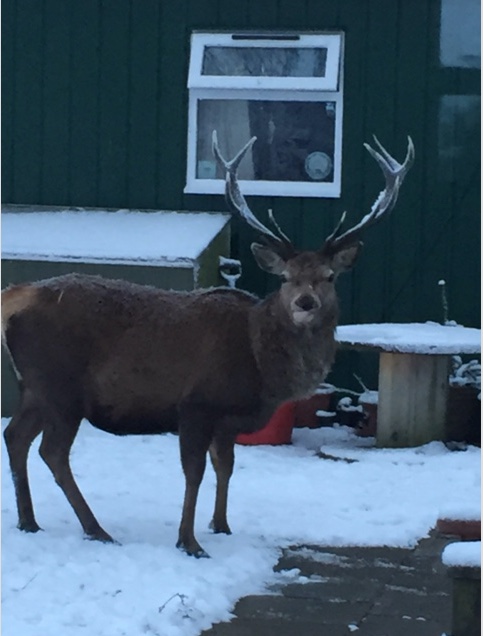 For miles around, the white and empty moors and hills stretch far away. The snug alpine-hut style comfort of the wee Hostel is a very special place in an upland wilderness.  It is only accessible in winter, because 130 years ago the railway to Fort William came this way, and the thin line of rails holds a miniscule halting place:- Corrour (scene of some amazing York MC trips in former years !!). 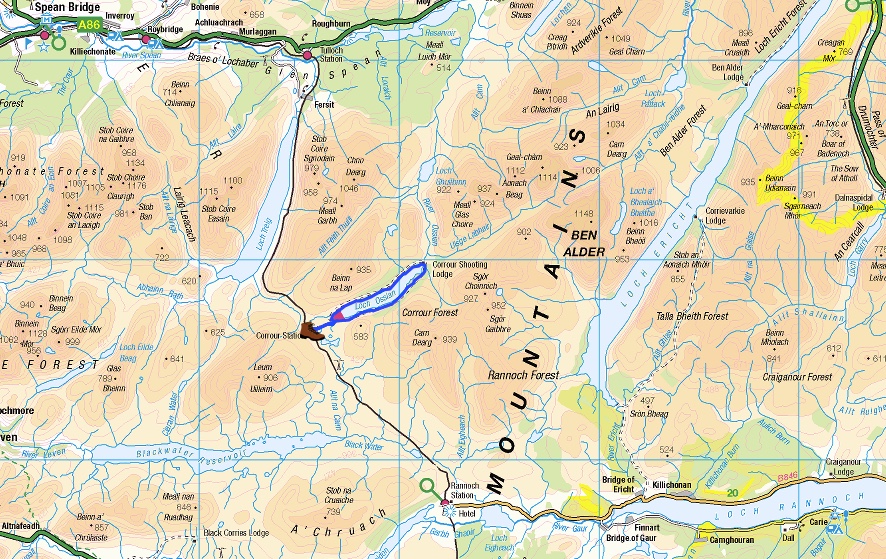 Our first encounter with the railway, however, was the curved viaduct at the Auch Gleann just north of Tyndrum. A spectacular hard-frozen, white winter morning, the stream forming sheet ice where it was criss-crossed by the long track up the glen. 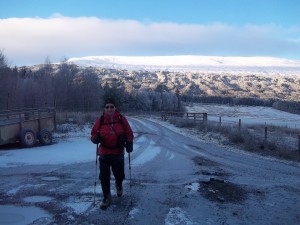 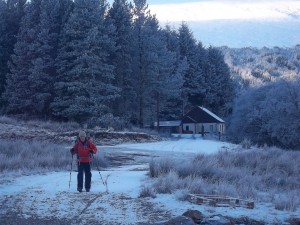 Past the prow of Beinn Dorain a two-hour tramp brought us five miles to the chilly watershed with Glen Lyon. 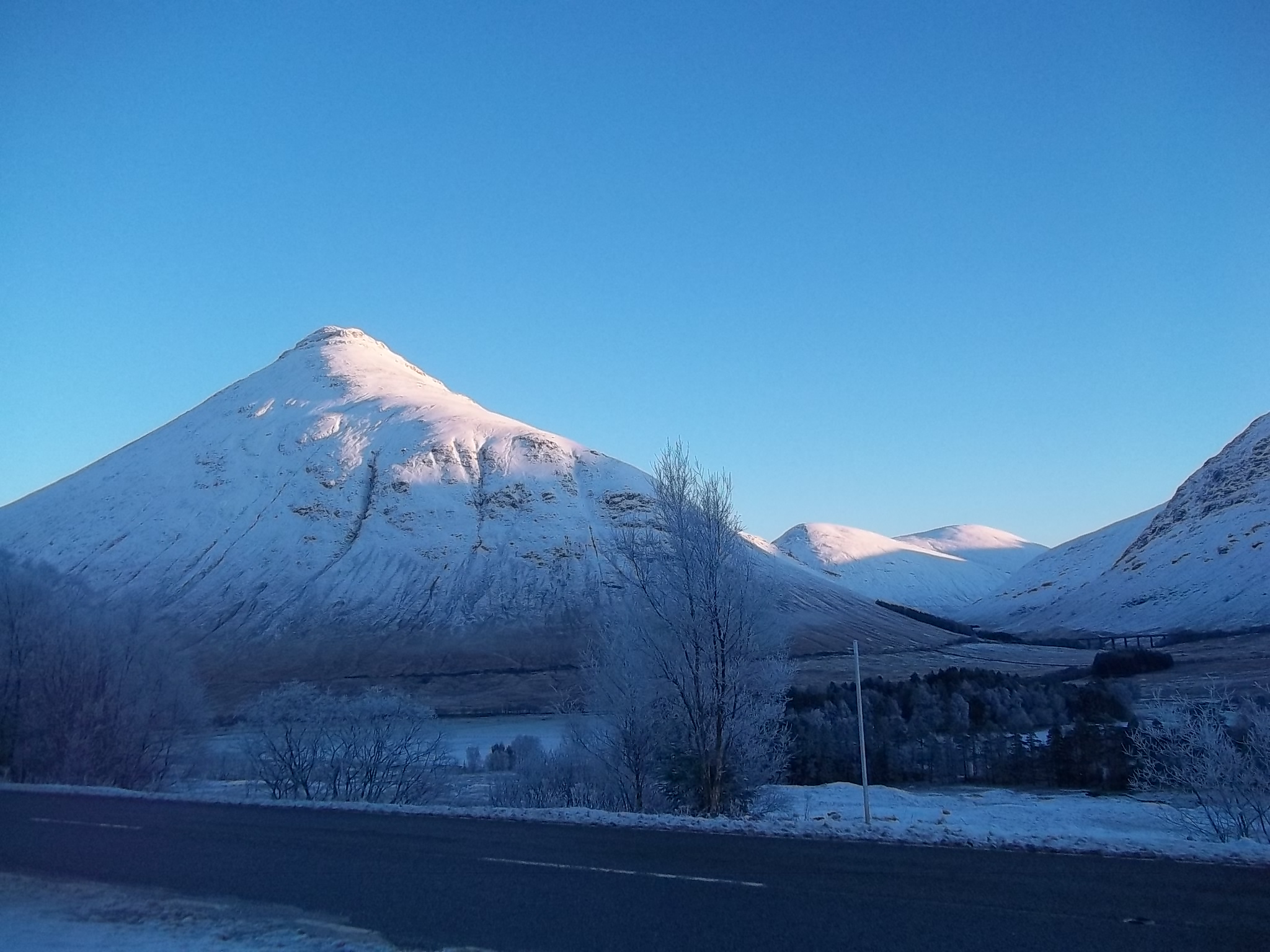 Now it was time for some uphill work, to reach the 953-metre Ben Mhanach; though the grey smudge in the western sky had invaded the blue dawn to become long fingers of cloud wrapping round the mountains. 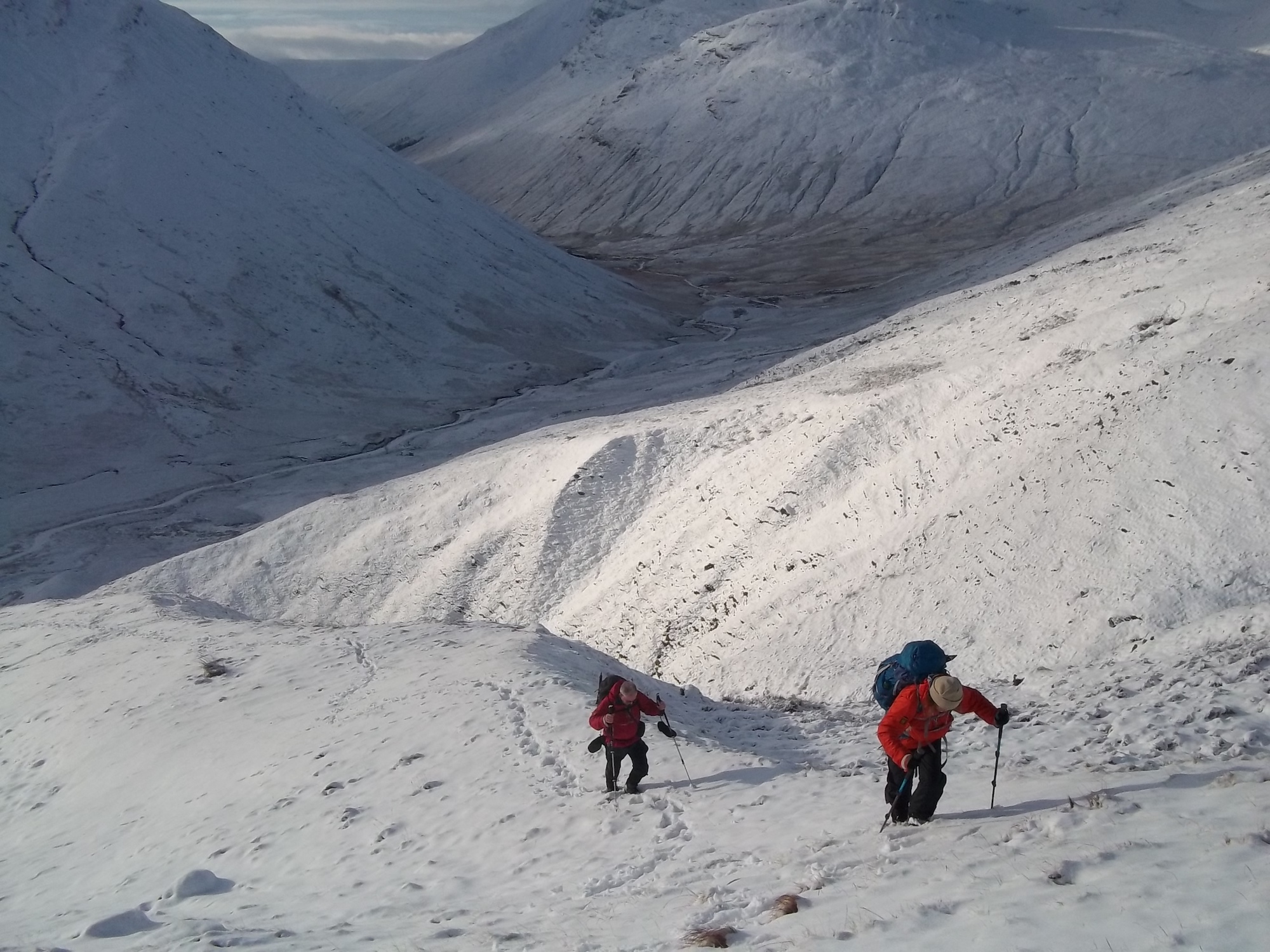 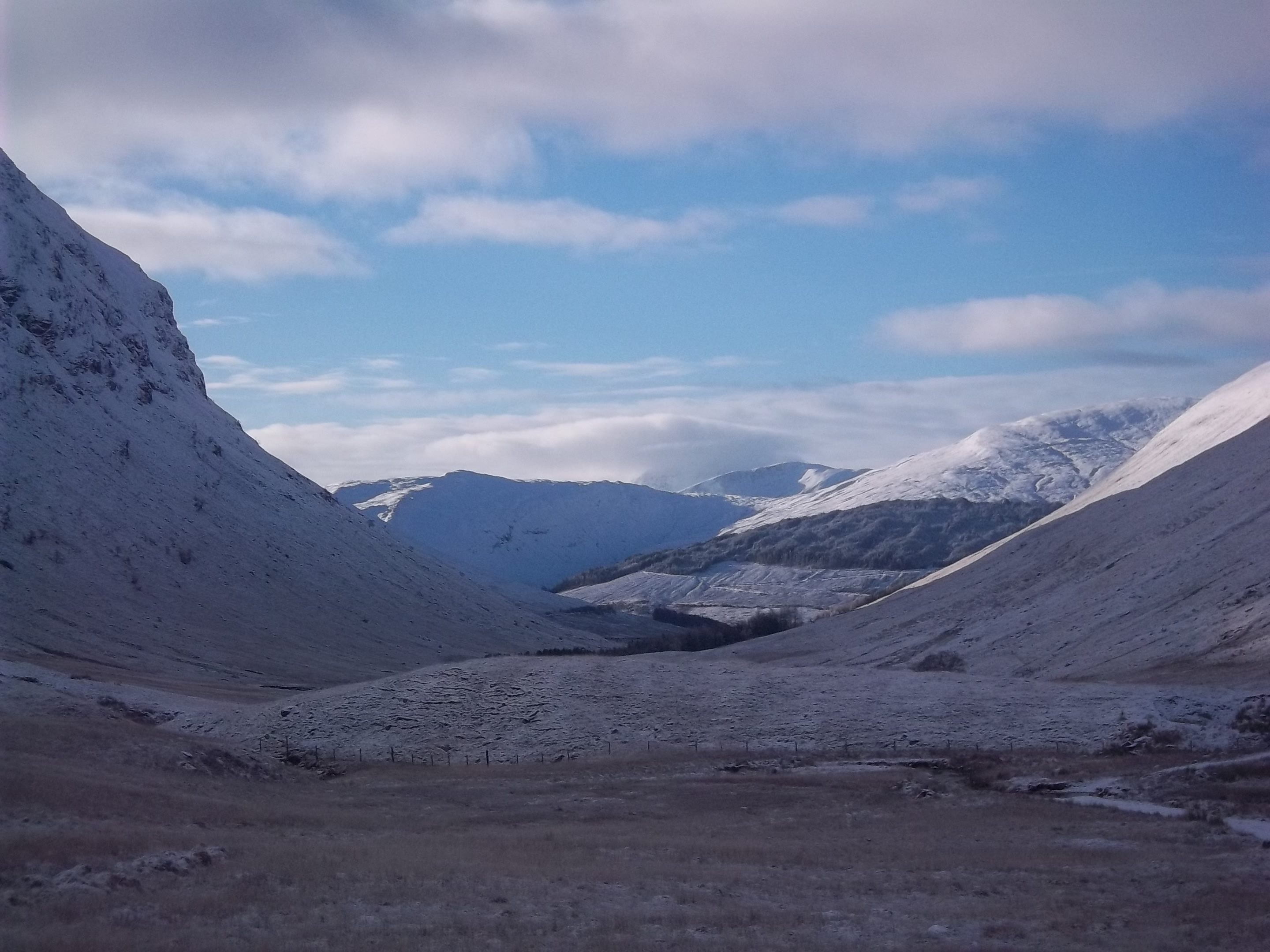 The "Monk" (a Cistercian, evidently from his white habit) is a smooth and rounded character, and so once gripped by mist, we were in a featureless grey world. Praise the Lord for a fence to 800 metres, but after it turned west to pursue business of its own, we were on compass bearings to find the cairn on the sizeable plateau area. 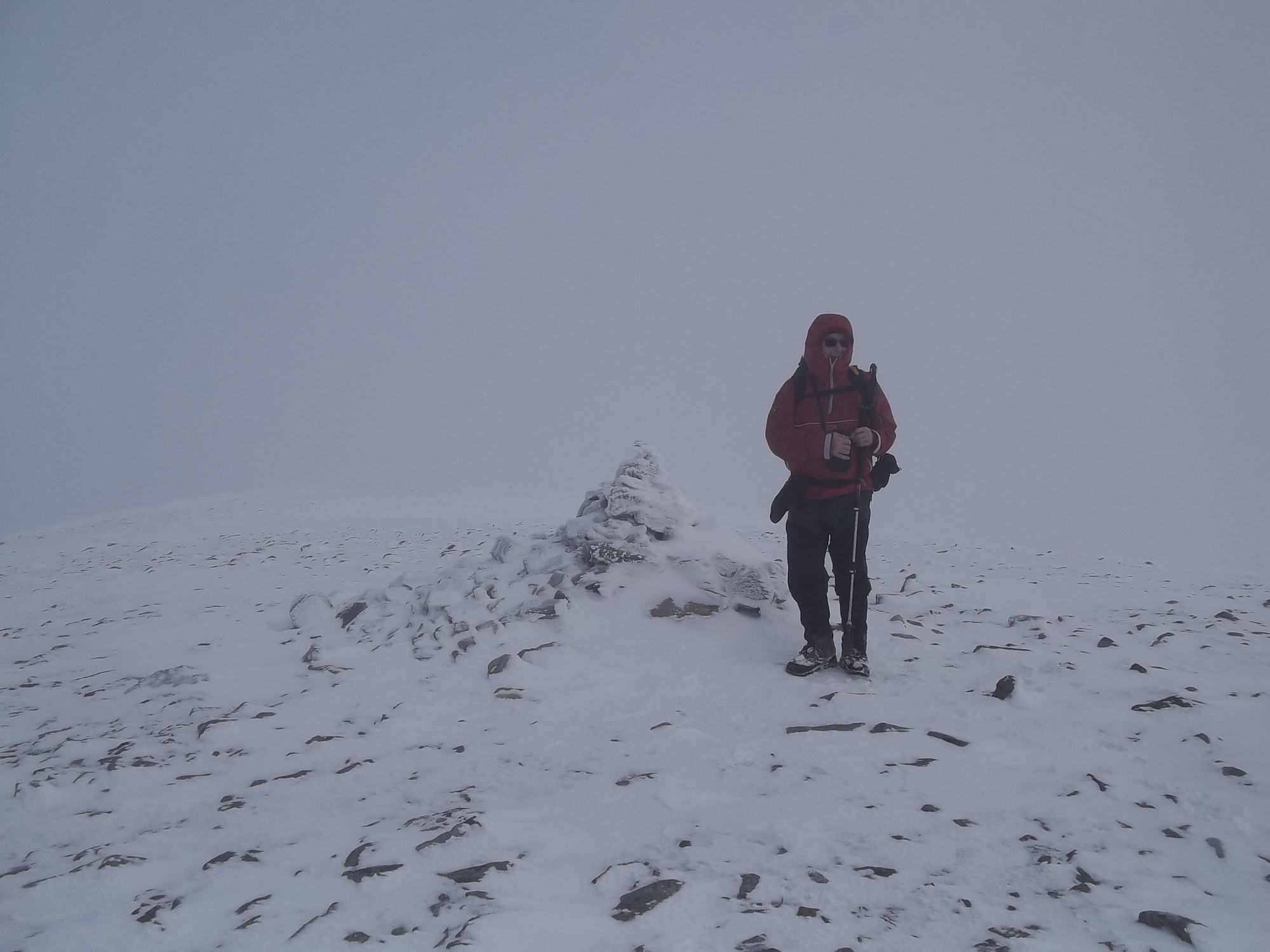 As light snow began to fall, a white-out was not far away. 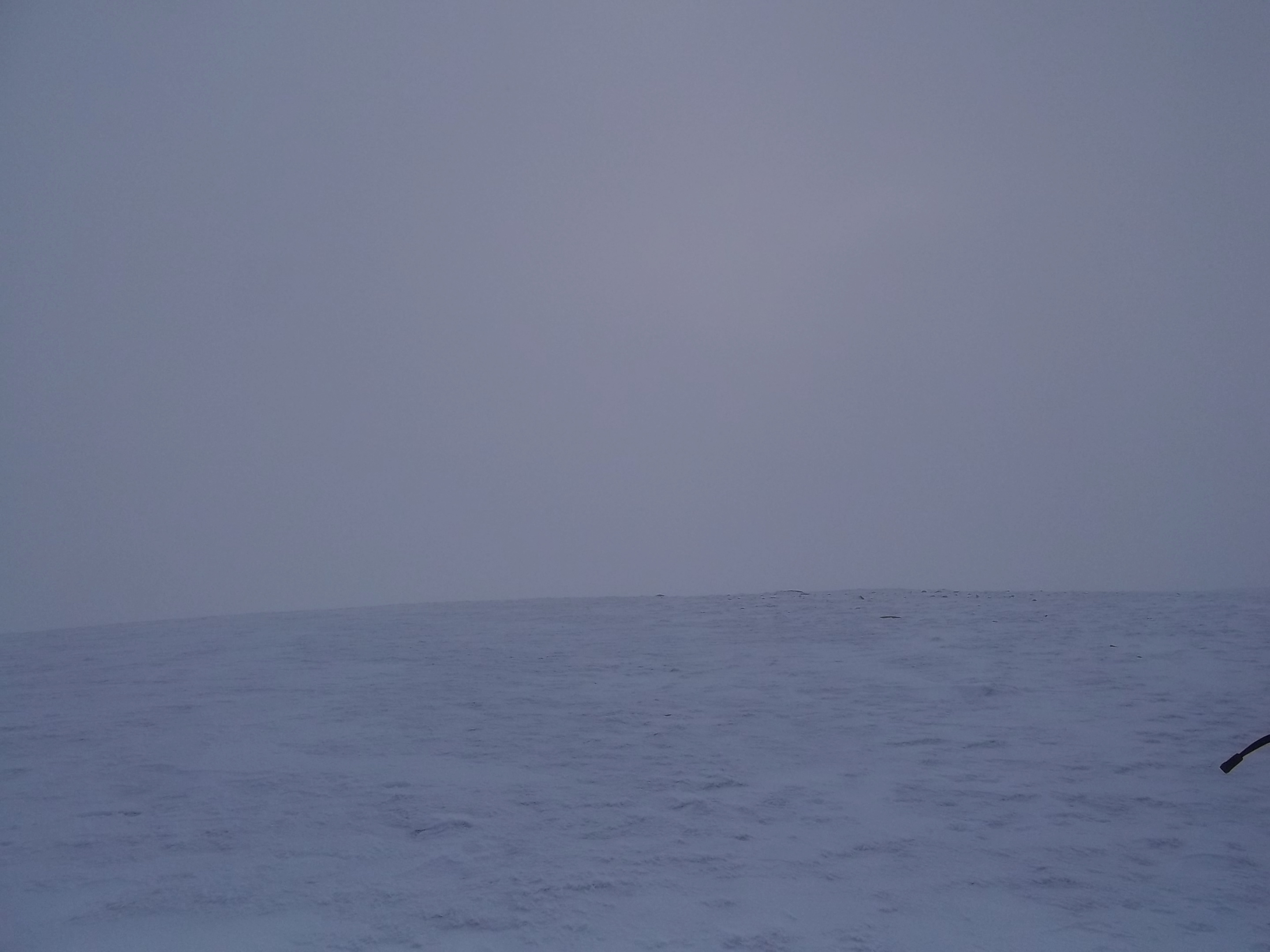 Thankfully 15 or 20 minutes of striding into nothingness on a reverse bearing brought us once again to the friendly fence, and so down to a now-gloomy valley. 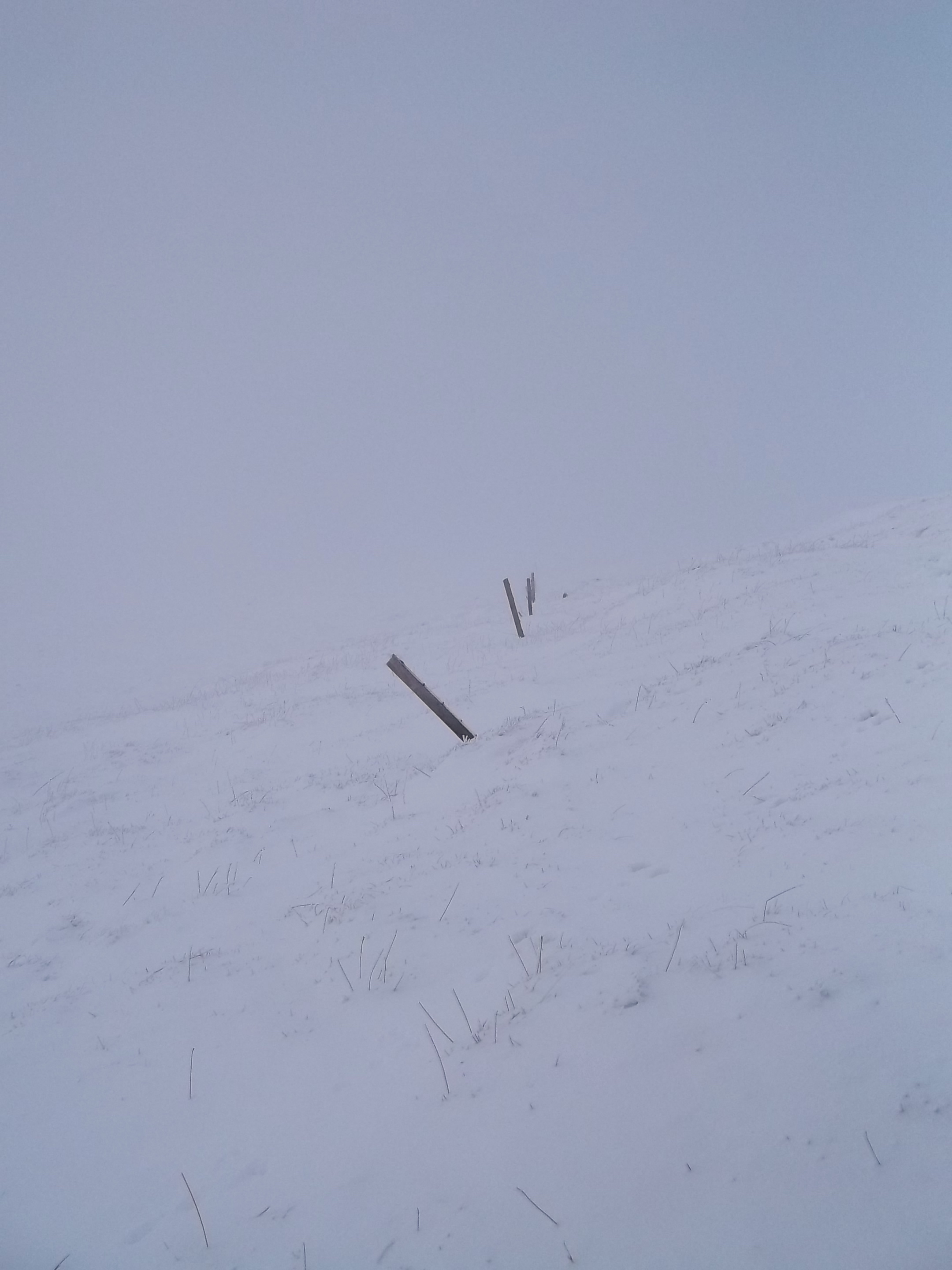 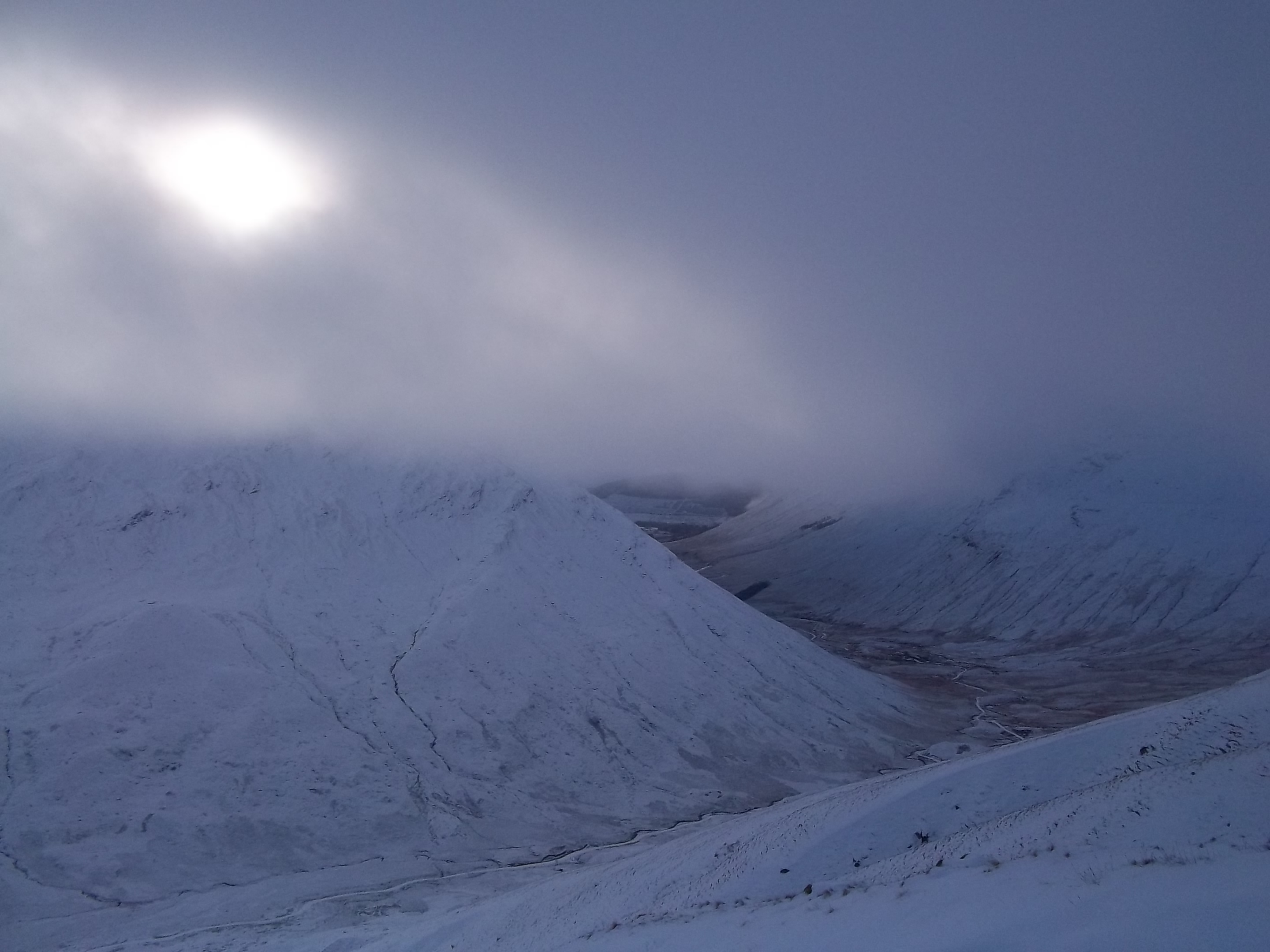 After a warming meal (and drying room) at the Tyndrum Inn, we caught the evening train to the deserted Corrour halt. 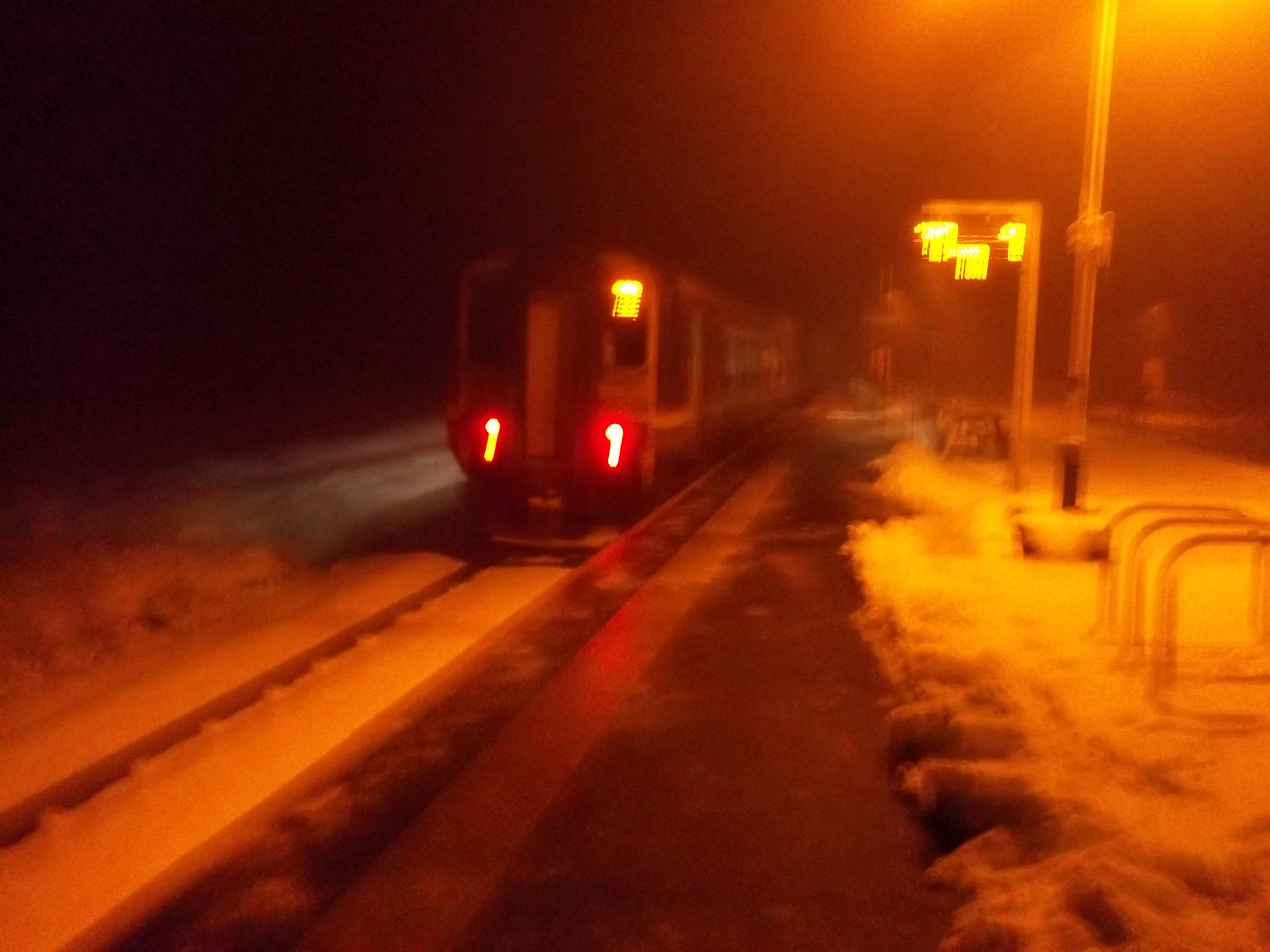 As the train lights rolled away in darkness and mist, our task was to find the Hostel which is 1700 metres away (I paced them) along a snowy track. Just don't take the wrong turn !
Although the water supply was frozen up, the hut was warm and welcoming. 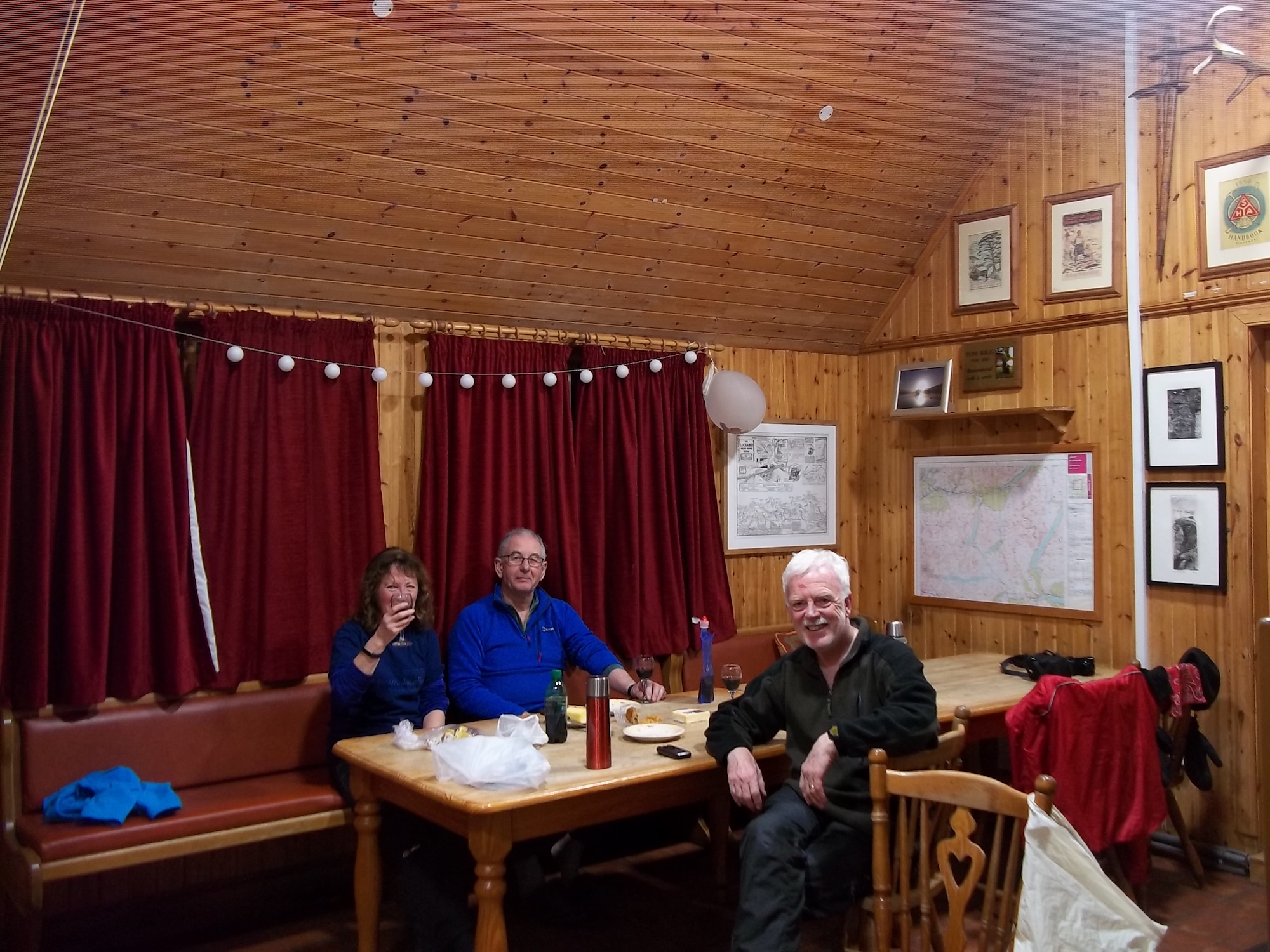 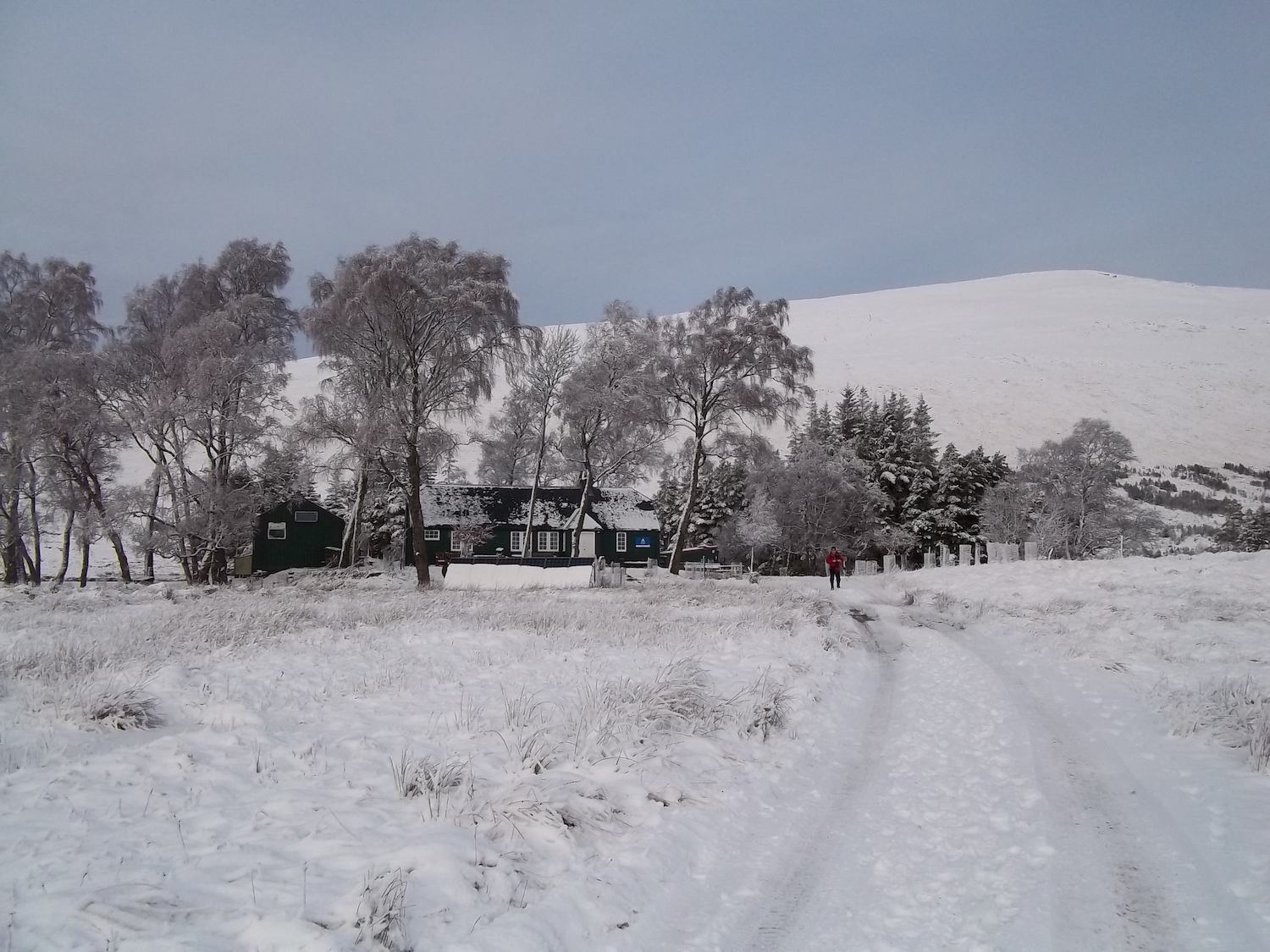 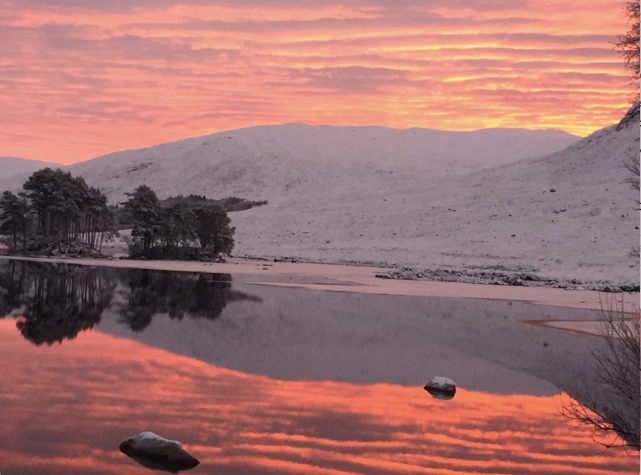 We walked the length of Loch Ossian without seeing a soul, as though in a series of silent, white, still, windless picture postcards. The world felt like it was ours alone. 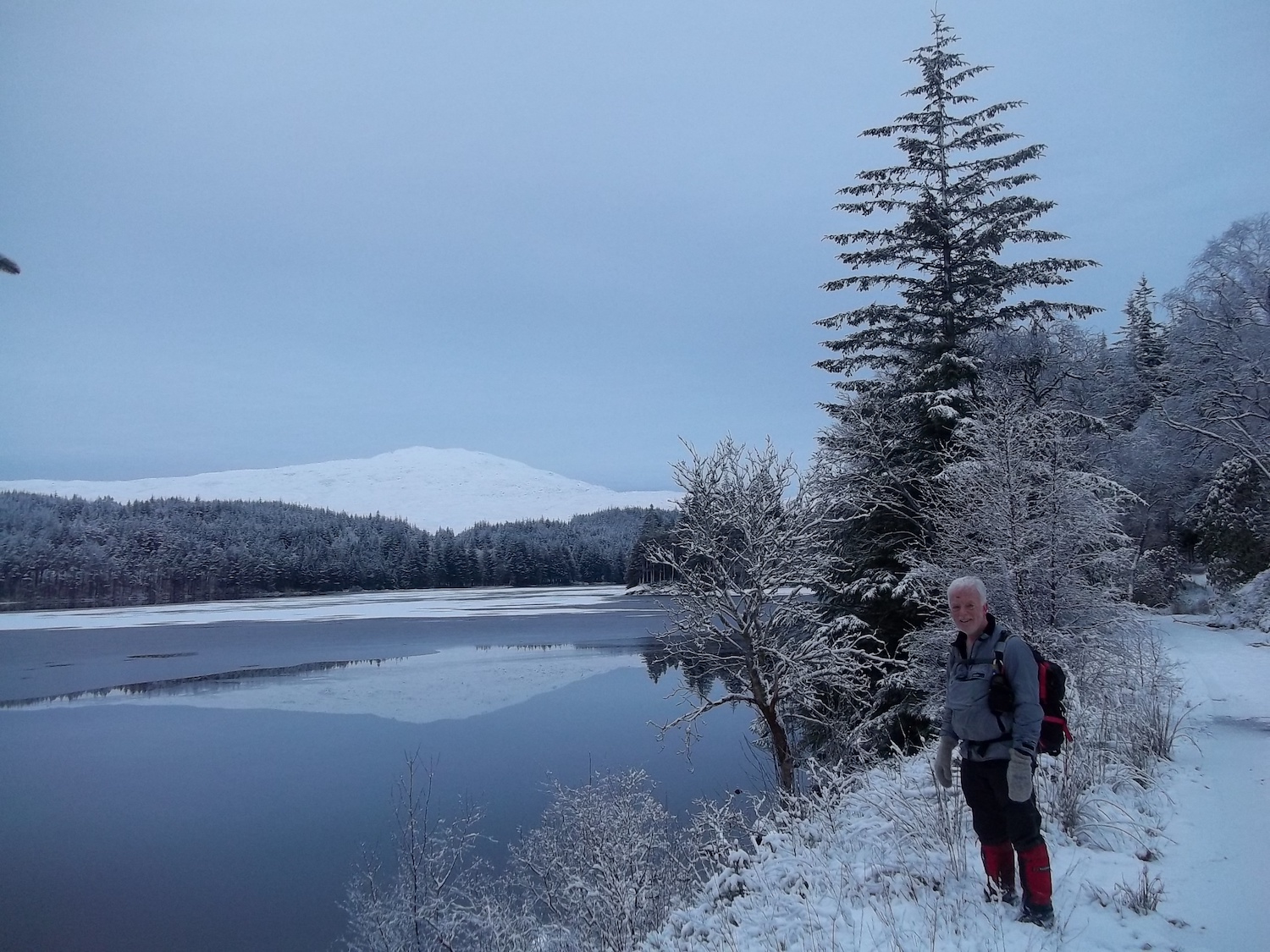 But the conflagration died from the heavens, greyness returned, and at the east end of the loch we came into the habitations of man, in the form of the Corrour Estate buildings. The estate is owned by Lisbet Rausing (of TetraPak etc). Despite fabulous wealth, and claims to "welcome more than 12,000 walkers each year" the Estate's efforts do not extend to a simple sign for a relocated footbridge, nor could we find any stile over a new high deer fence. Time ticked away as we played "find the footbridge" and then "thrash the bogland". The fence showed signs of having been climbed, but our day had slowed down and the untrustworthy sky, windless and hazy, seemed to harbour some more whiteout up on the summits. 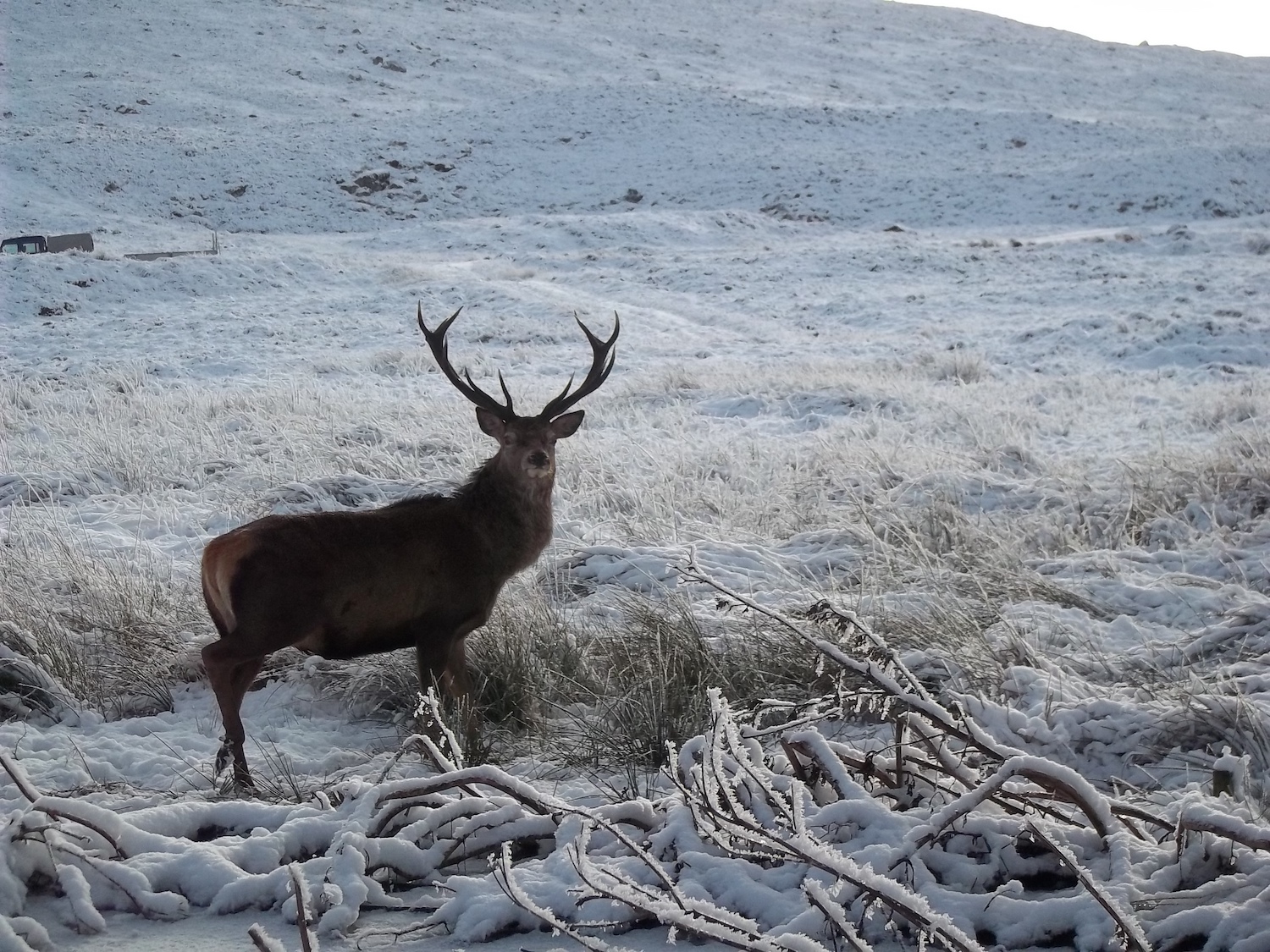 So we left the Munro of Sgor Gaibhre (another outstanding one on Steve's diminishing list) until another day.
We'll be back:- but somehow it didn't seem to matter too much this time. As Angela fed the Stag a banana skin (to which he is apparently very partial) and we took snapshots of the wild and empty landscape, it still felt like a very privileged midweek break. 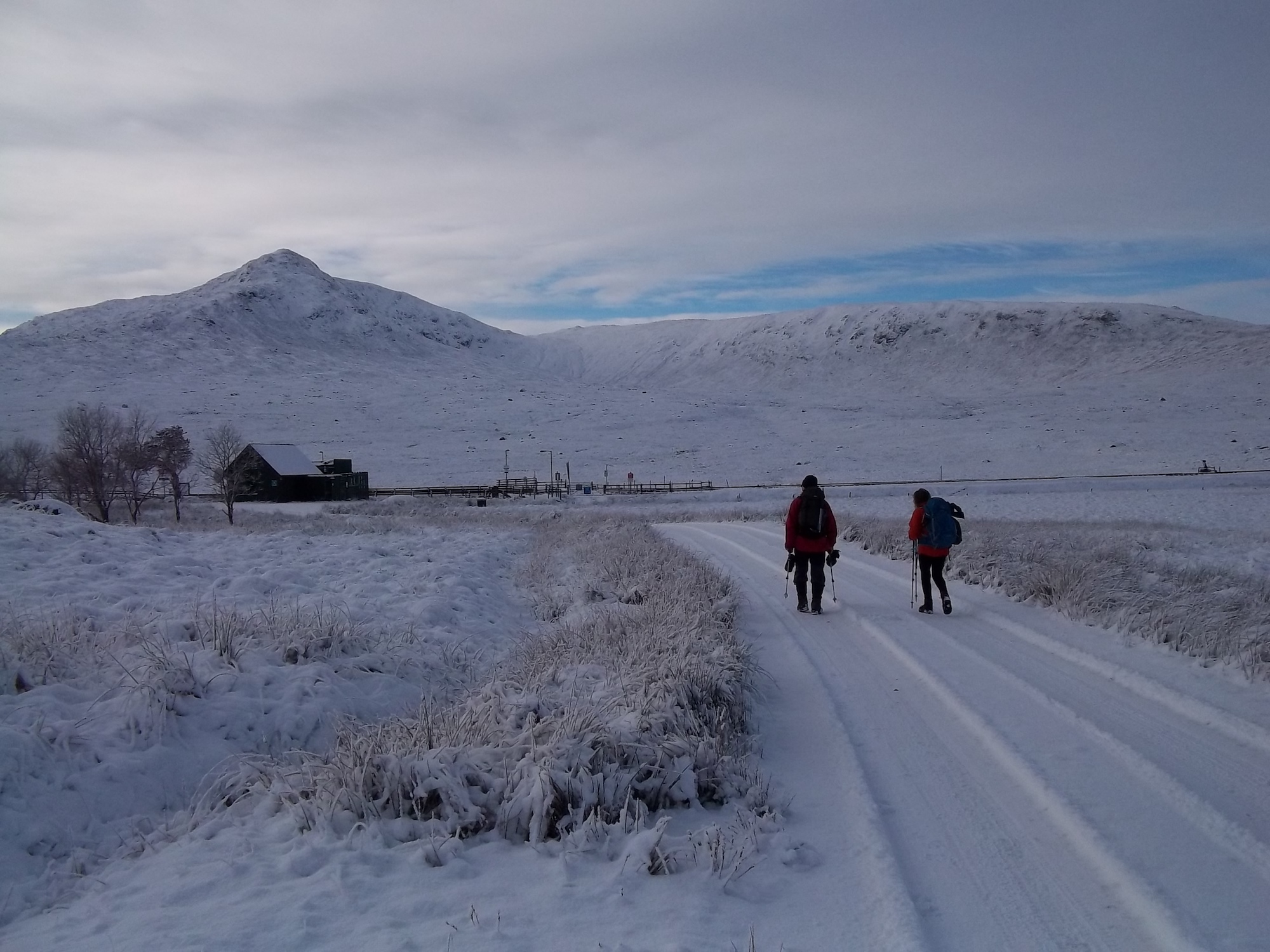