Grabbing the opportunity of a sneaky day off work, the rare occasion of prolonged winter conditions in the Lakes, and the prospect of not being mobbed by weekend crowds; Dave and I headed off to Borrowdale, and a day's winter climbing on Great End. 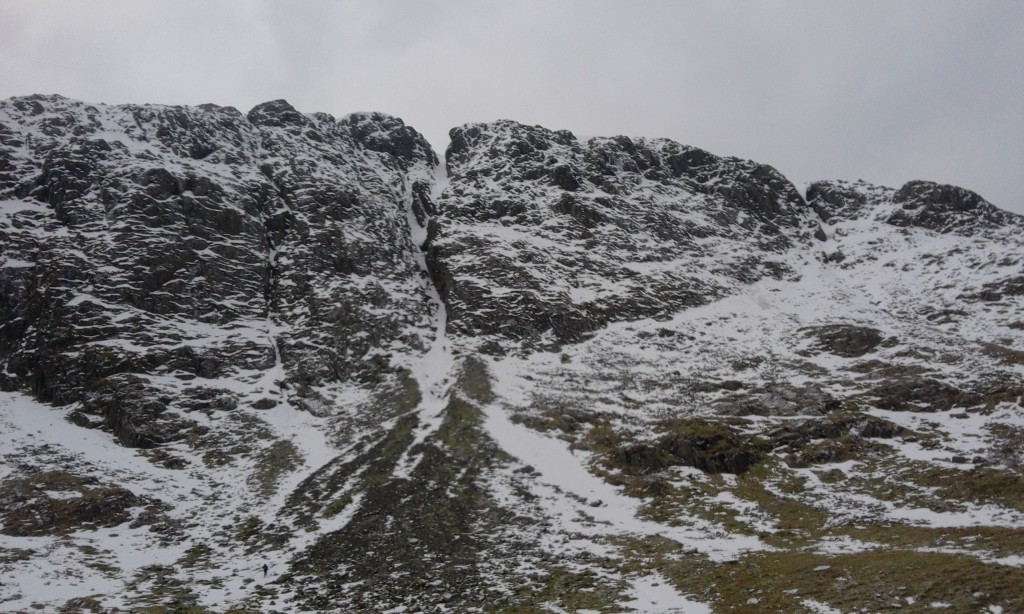 We chose Window Gully (which is invisible in the picture - slanting up right to left on the right hand side of the crag. A grade II / III according to UKC, but given the prevalence of ice rather than banked out snow for the critical steep bits of the route, we declared it to be grade III) Conditions were ideal - consolidated old snow, and hard water ice (except where it had melted) . With only three other teams on the crag, we really felt like we had the place to ourselves. 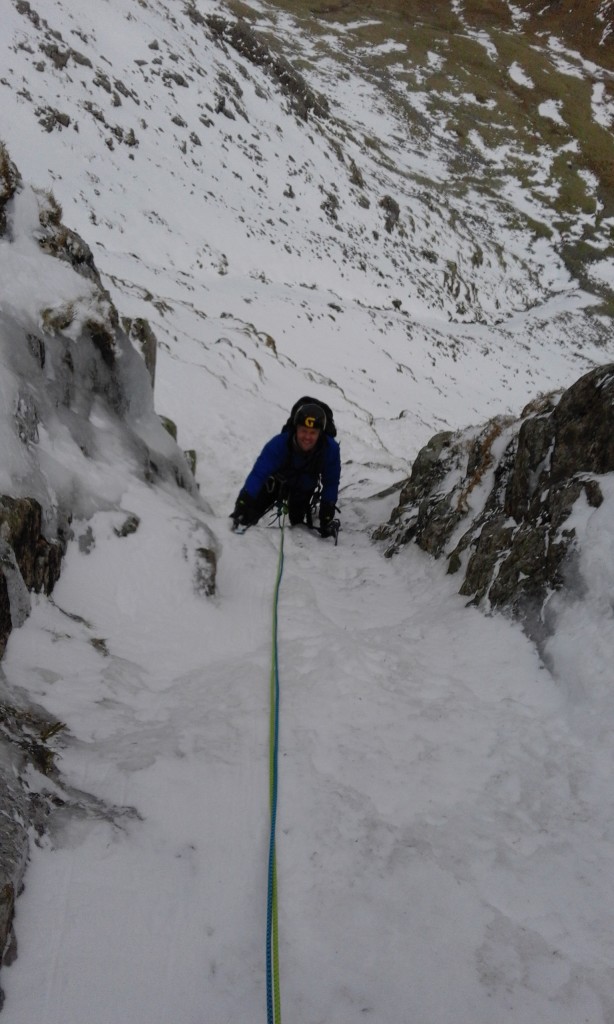 I led the first pitch up past the first icefall, and then Dave tackled the second and third... 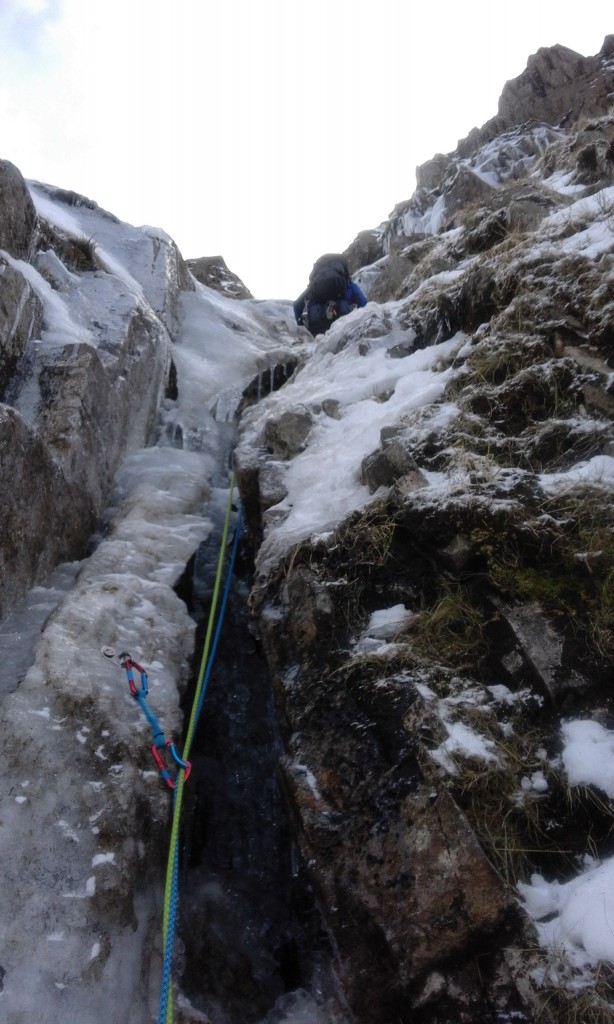 Then I led a final rather intimidating icefall (hollow, with a waterfall and an Alpine rock-garden behind it) before a simple snowbank leading right to the summit. 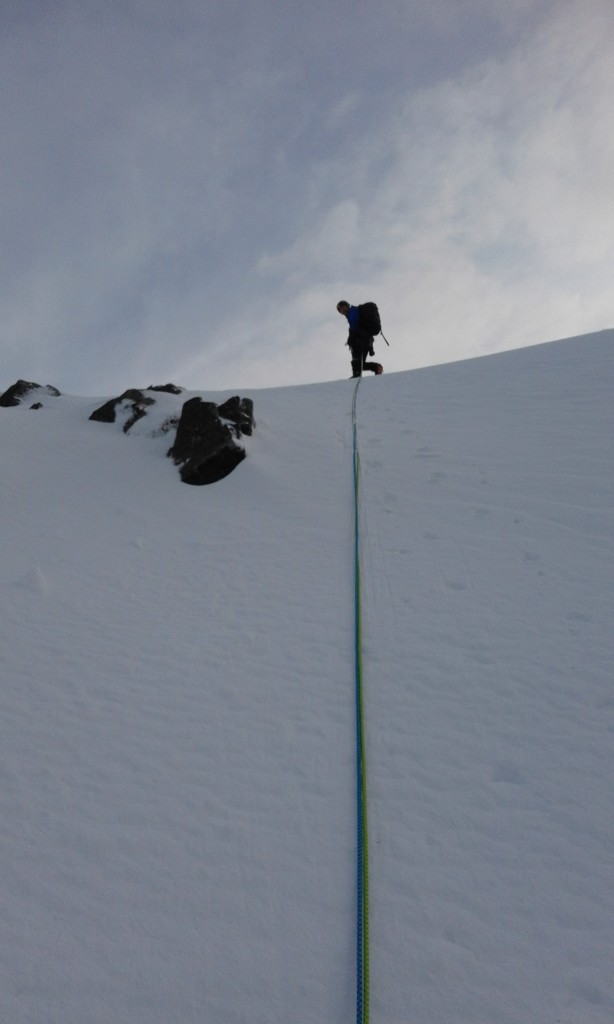 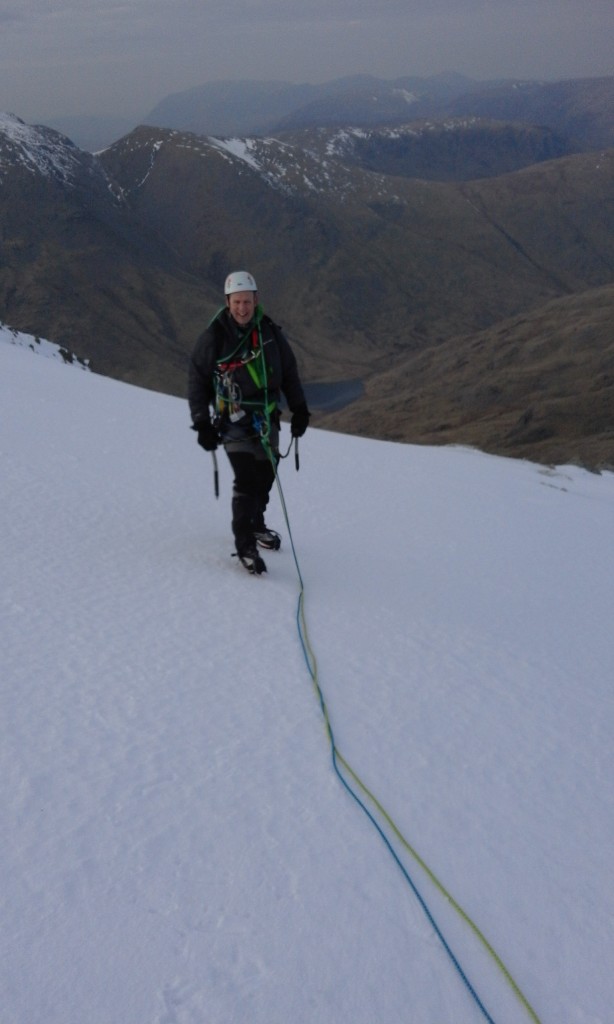 We then strolled around the back of Great End and home. Great day out! 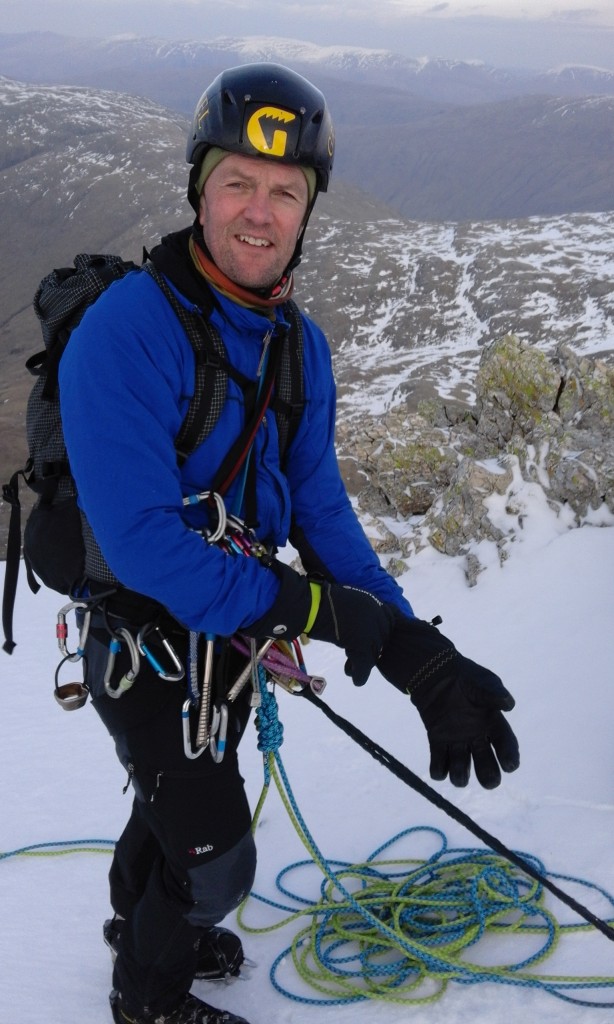