Getting high on white powder

By Andrew England and Wales Mountains 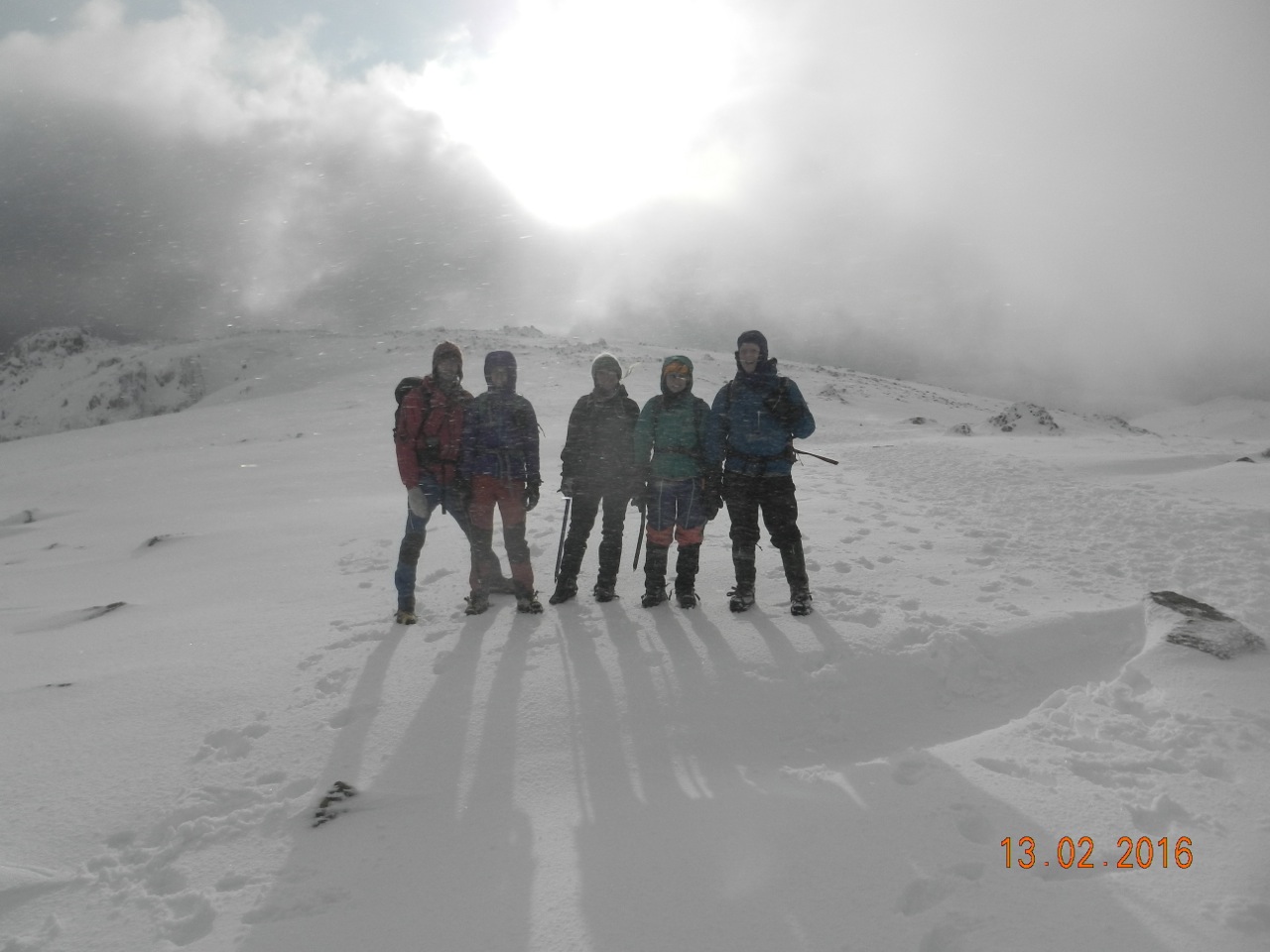 Getting high on white powder

To general surprise, the Club weekend at Newlands on 13th/14th February coincided with a short period of good weather in the Lake District.

Most of us started at Seathwaite and following Mike's clever idea, we walked past Sty Head and onto the Corridor Route to hit the snow line at about 550 metres. 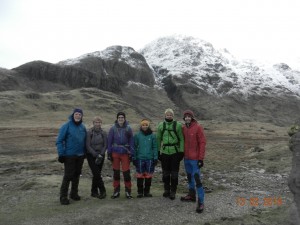 Once nicely into the snow, we headed off directly up the hillside weaving through gullies and minor crags to give over 300 metres of enjoyable scrambling, sometimes with an icy crust, sometimes up to half a metre of deep powder. 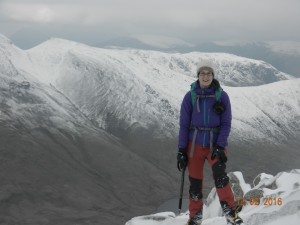 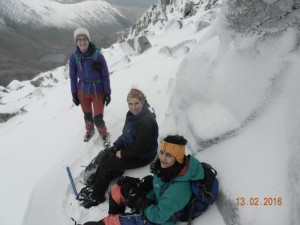 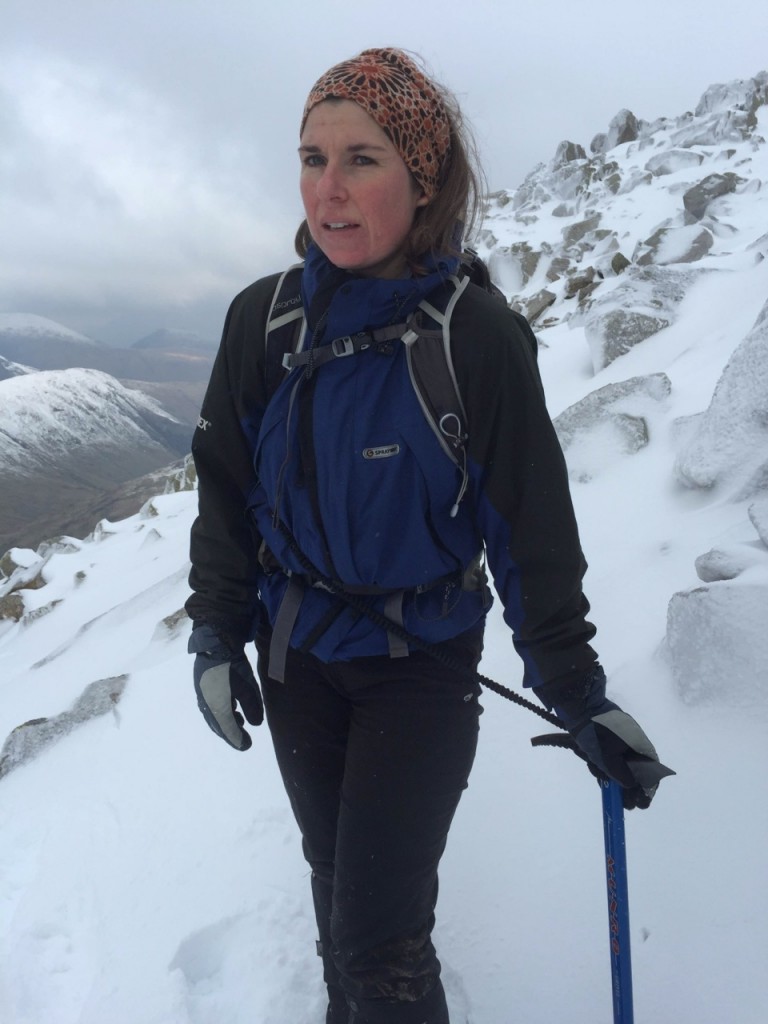 Arriving at the ridge line, it was a bit disappointing to see the summit of Scafell just disappearing into low cloud. Out with the compass !! But the scenery re-appeared on the way down to Esk Hause, and the white powder looked very attractive, albeit no good for climbing. Two people disagreed:- we saw them (fairly stationary) in South-East Gully on Great End – the sole occupants of the crag. 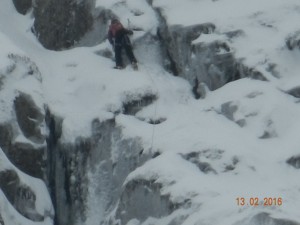 Being less than half way up the route at 2.30 pm meant they had a lot to do before nightfall. (BTW, the guide book says that South-East Gully is the only location in Cumbria for a plant called Dwarf Cornel).

If the weather had not totally lived up to its early promise, the Newlands hut certainly did. Under the charge of Stoker Tenko, it was all snug and relaxing. 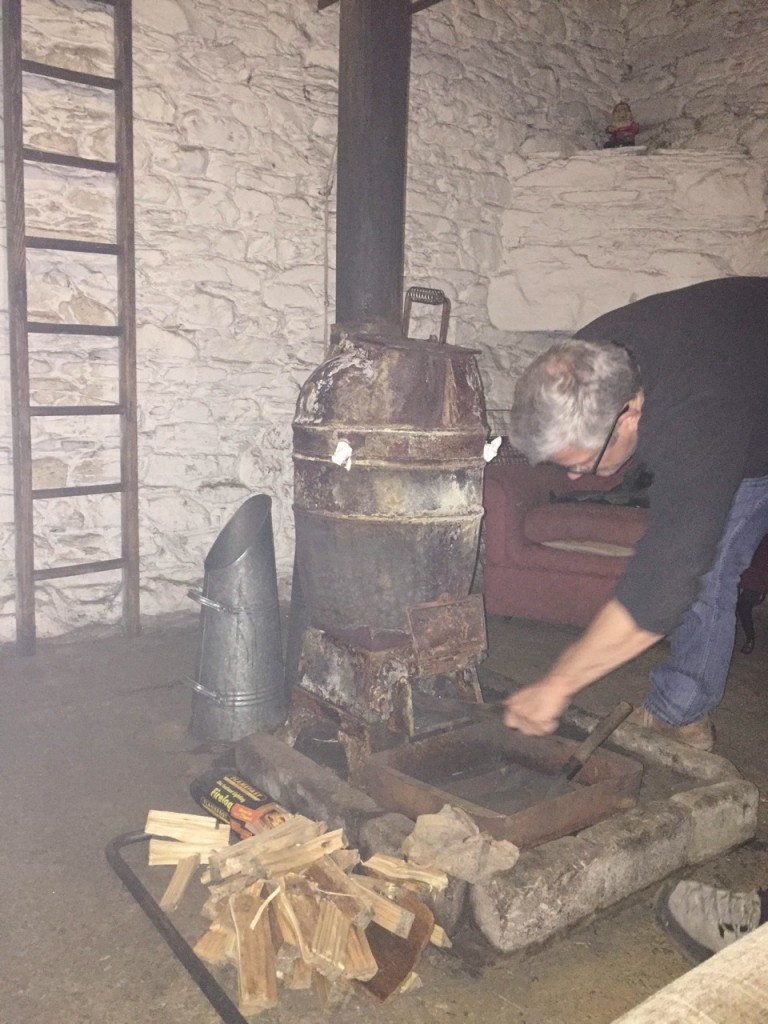 With various well-organised contributions, a four-course meal for 10 was rapidly produced, followed by the Chocolate Game with added whisky.

Despite this, folks were up and away the morning after to go running (M&M), en famille (Dave) or path repairing (Tenk +Ben). Andrew, Caroline and Marjan met up with Paul to start at Brathwaite for the circuit of Grisedale Pike, Hopegill Head, Crag Hill, Sail, and Causey Pike. 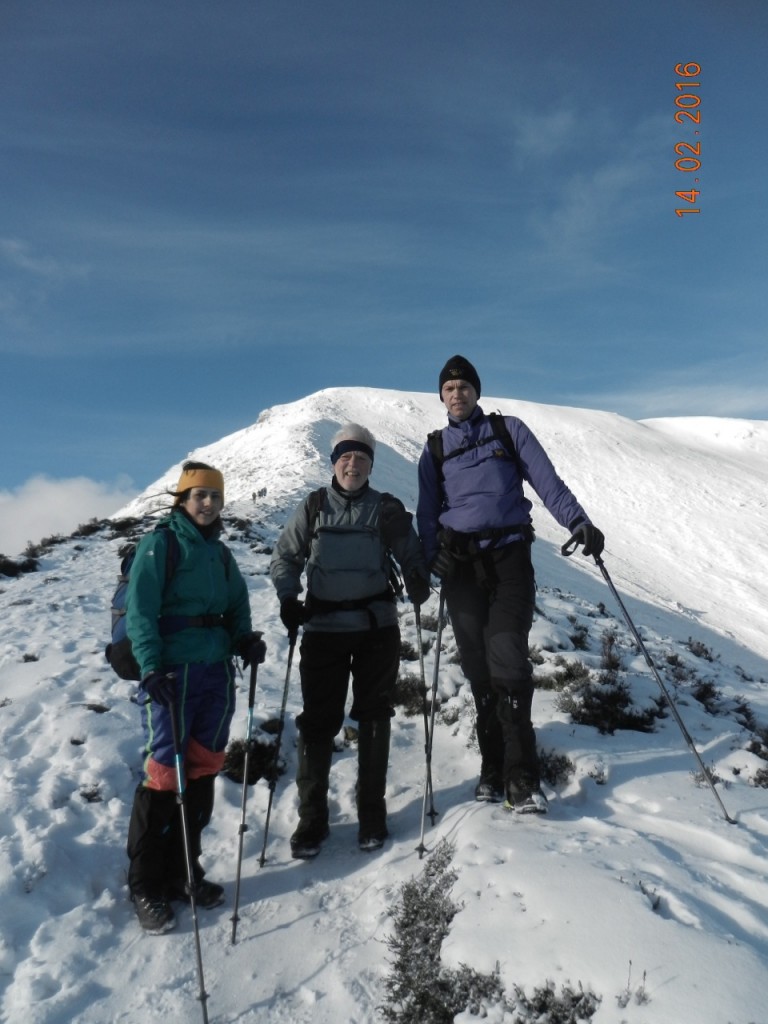 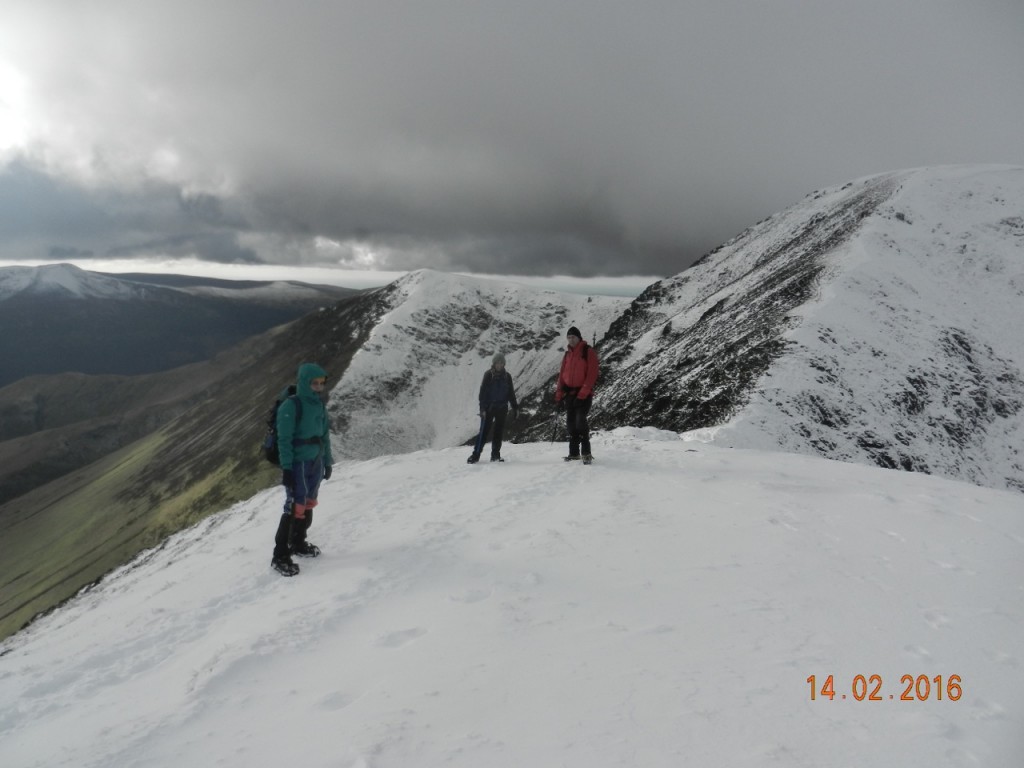 Brilliant weather at the start gave way to a misty half hour, but afterwards went back to an enormous clarity, with stunning contrasts of white underfoot and green shades down below.