THE MUNROS OF GLEN DESSARY 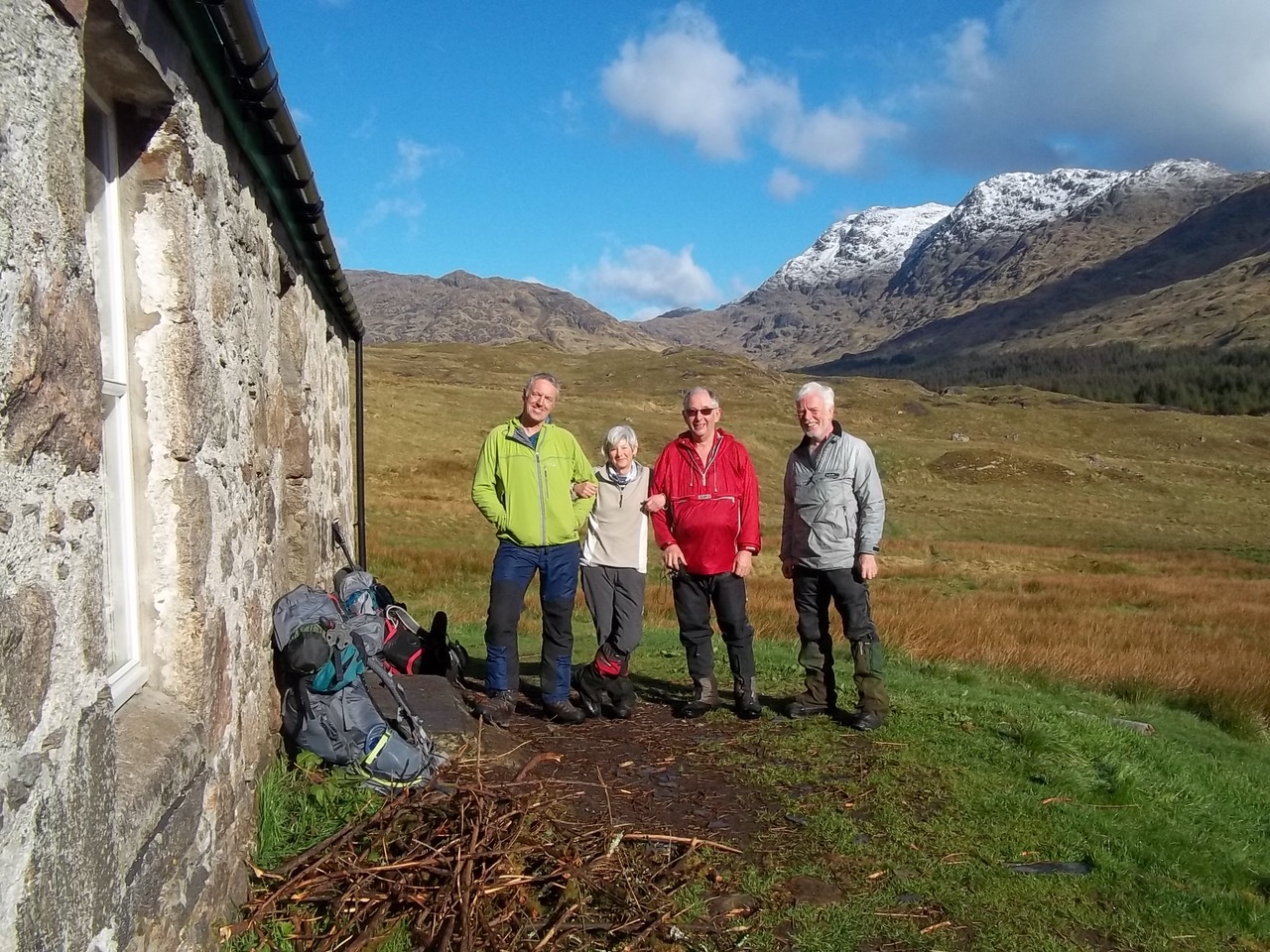 Glen Dessary begins near the tidy tourism of the Caledonian Canal, somewhat north of Fort William past the Commando memorial. Twenty miles to the west, the glen ends at a pass on the edge of some of the most rugged terrain in Britain – the Rough Bounds of Knoydart. The pass gives access to the long sea-loch of Nevis and the way to the Knoydart peninsula itself. Presiding over the tremendous scene, stand the twin peaks of Sgurr na Ciche and Garbh Chioch Mhor. 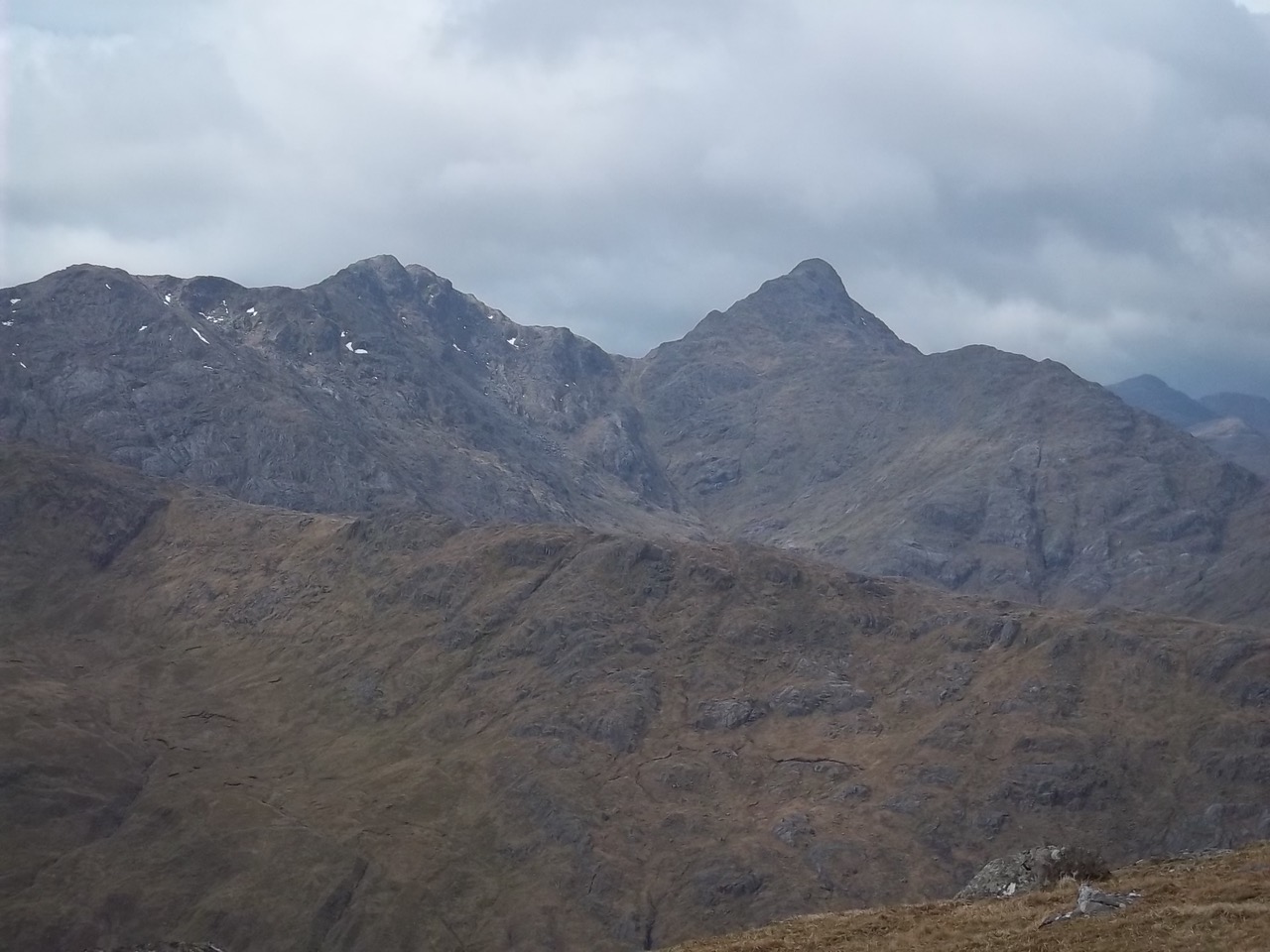 Our first objective was the bothy at A'Chuill – pleasantly sited next to a wood and a stream some 3.5 miles from the roadhead. 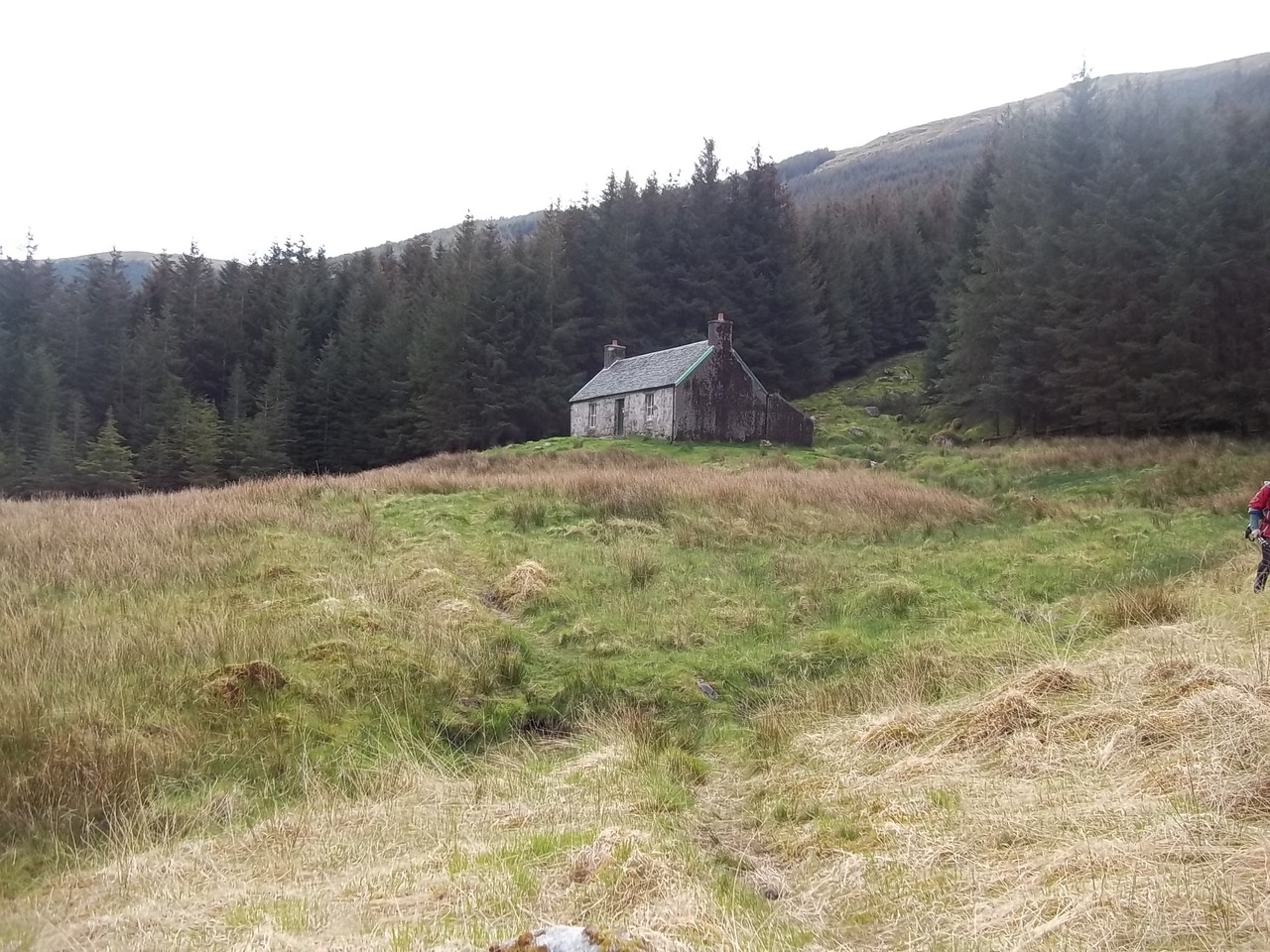 From here' it's about 4 miles to the pass and a grassy slope which rises through crags and boulders to about 700 metres below the cliffs of the upper mountains. 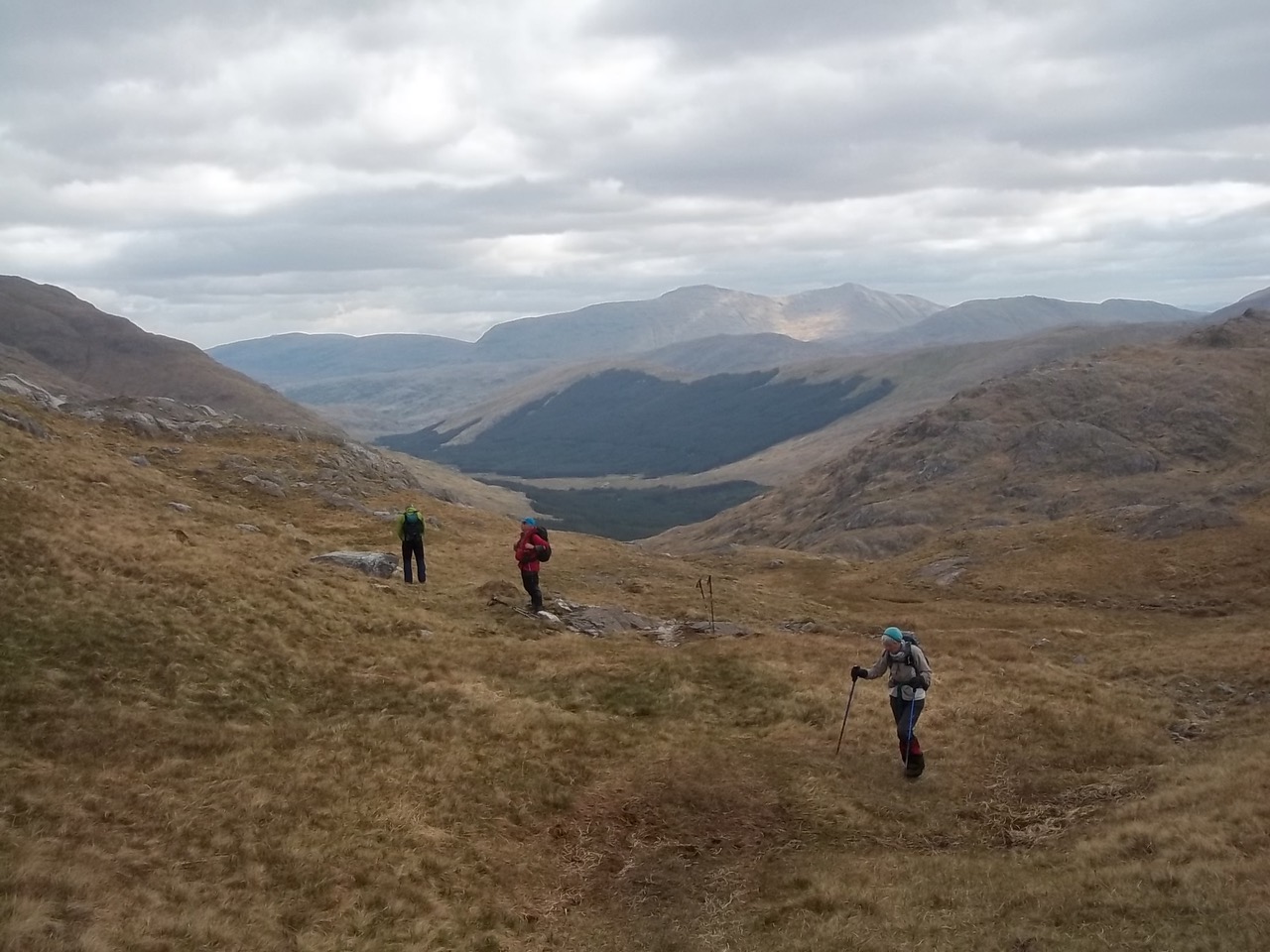 This is the route to Feadan na Ciche, a narrow rocky gorge between the two summits. 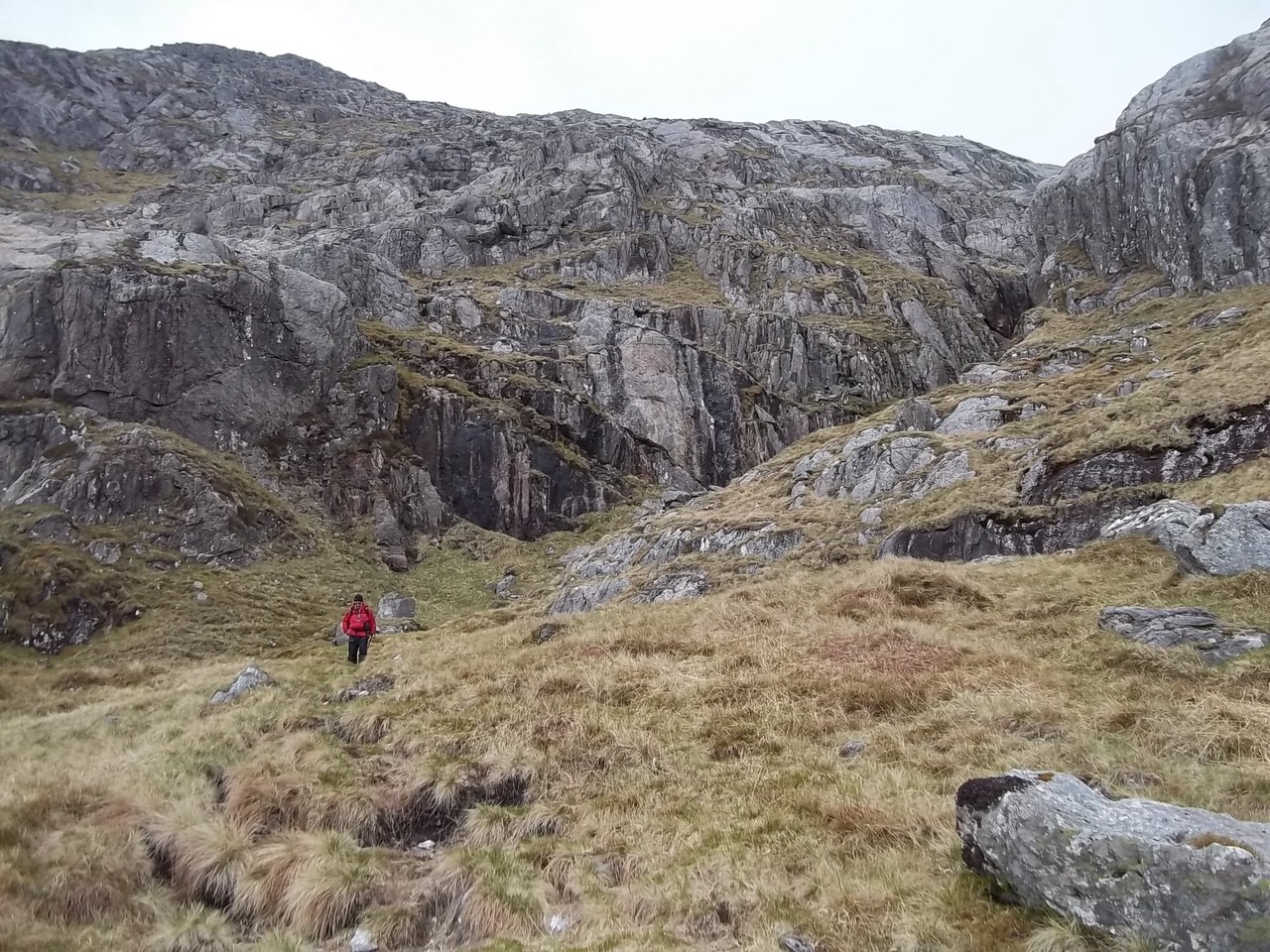 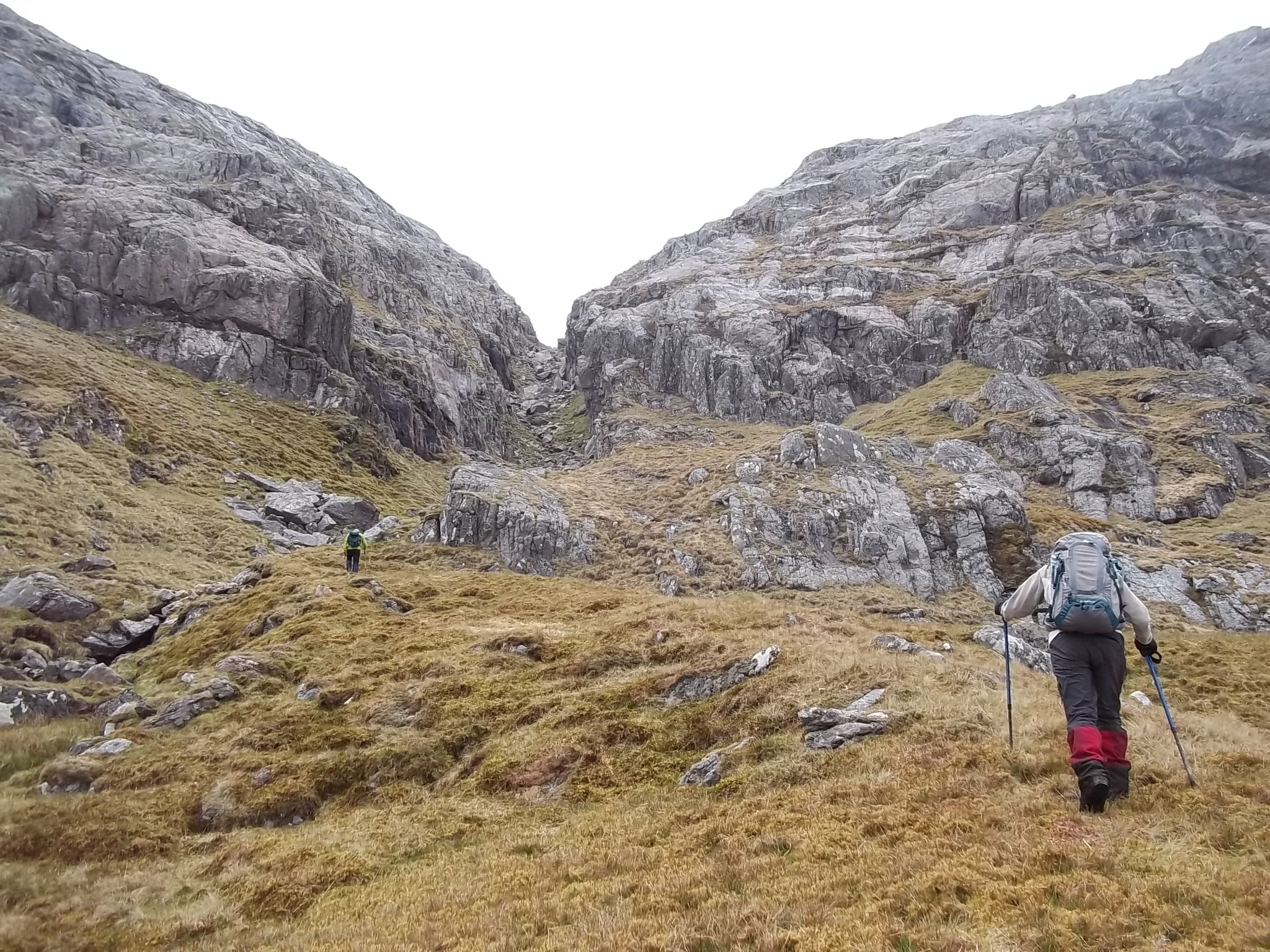 The name means “whistle” or “chanter” – the sound of the wind on a wild day. The gorge provides a lengthy rough clamber – 100 metres height gain – on boulders and rock shelves. Out to the west, between occasional curtains of light sleet, could be seen the shape of Eigg. 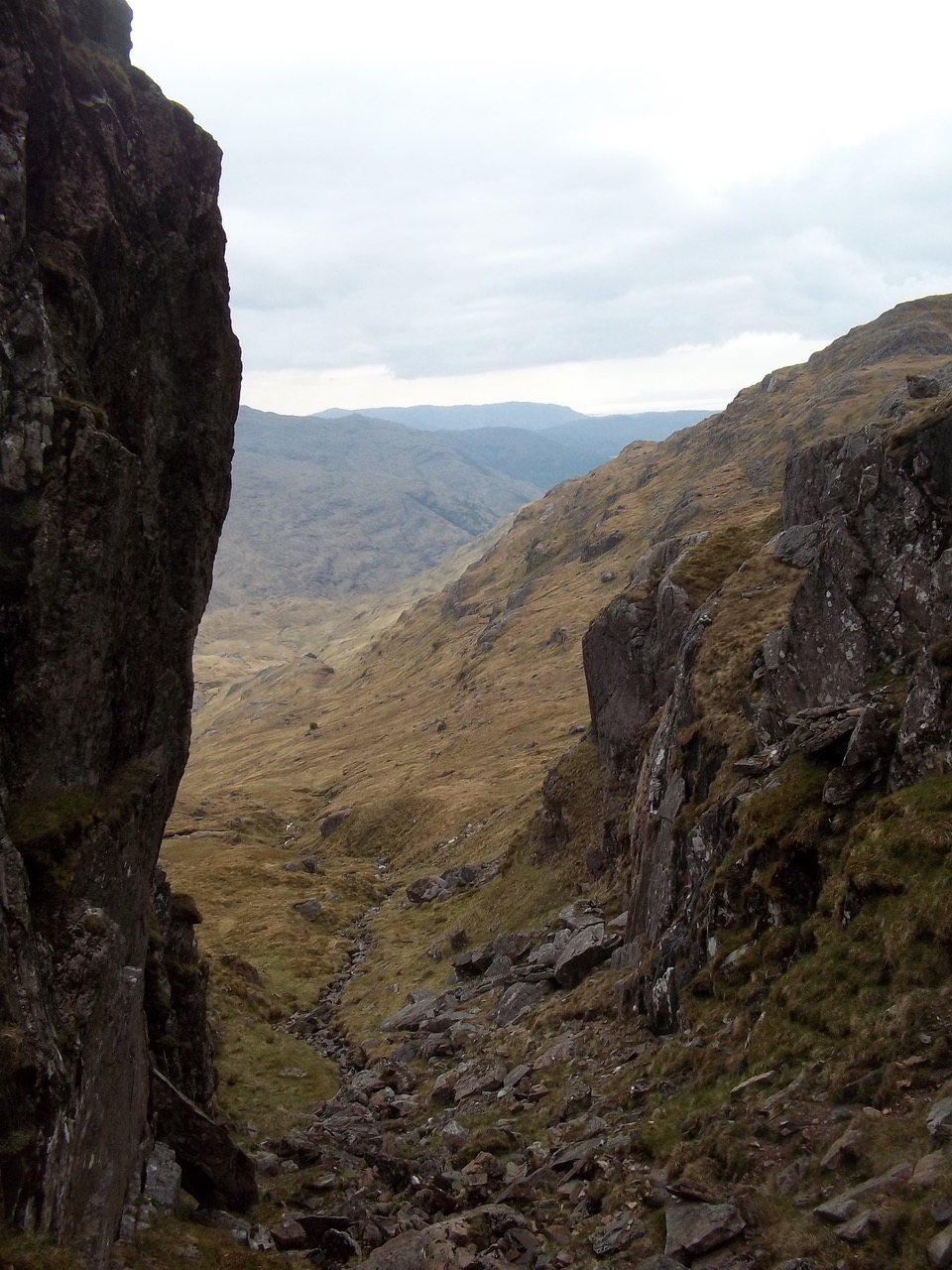 More work of a “rough bounds” nature leads to the respective summits another 200 m above the high narrow gap. 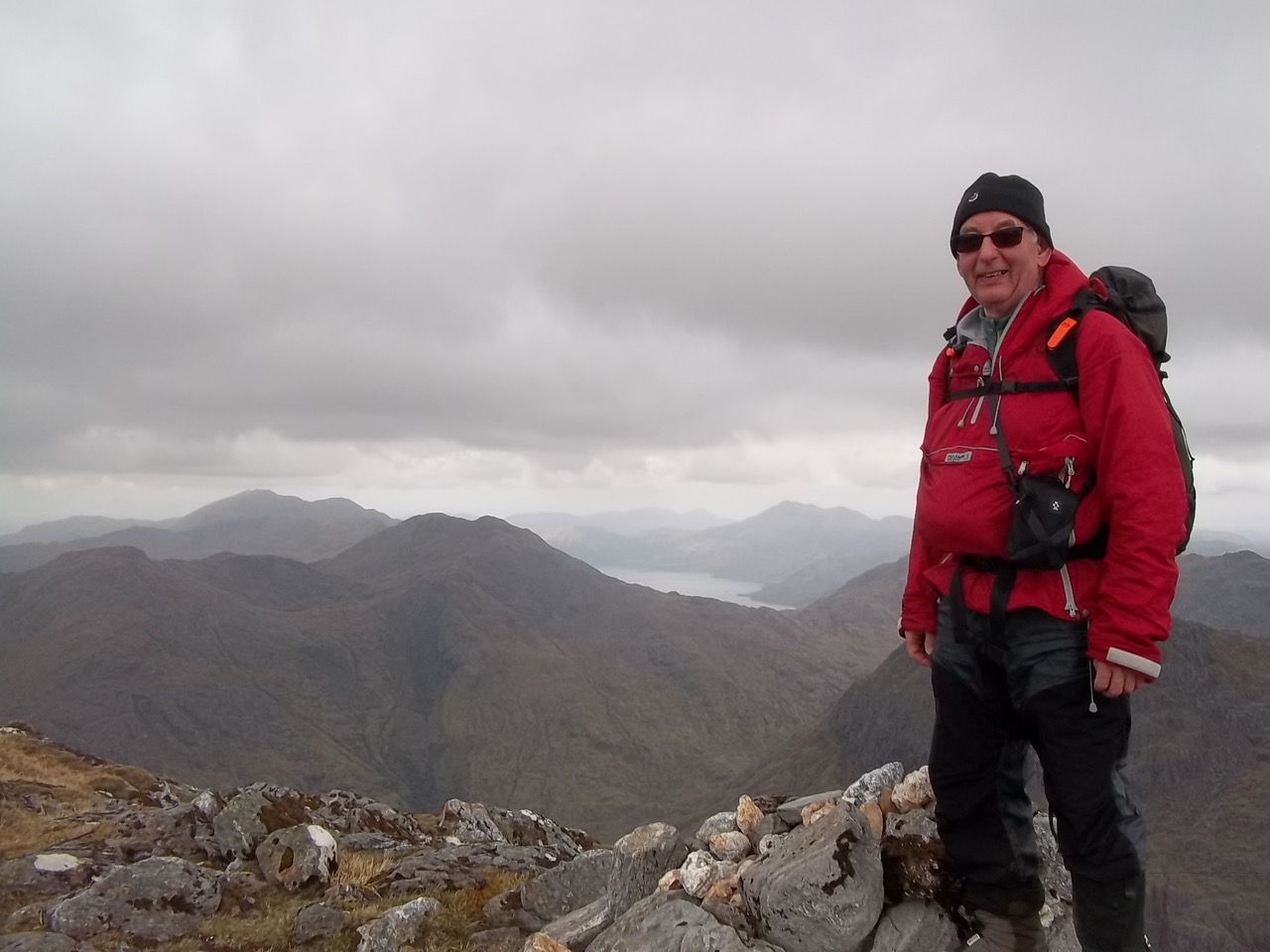 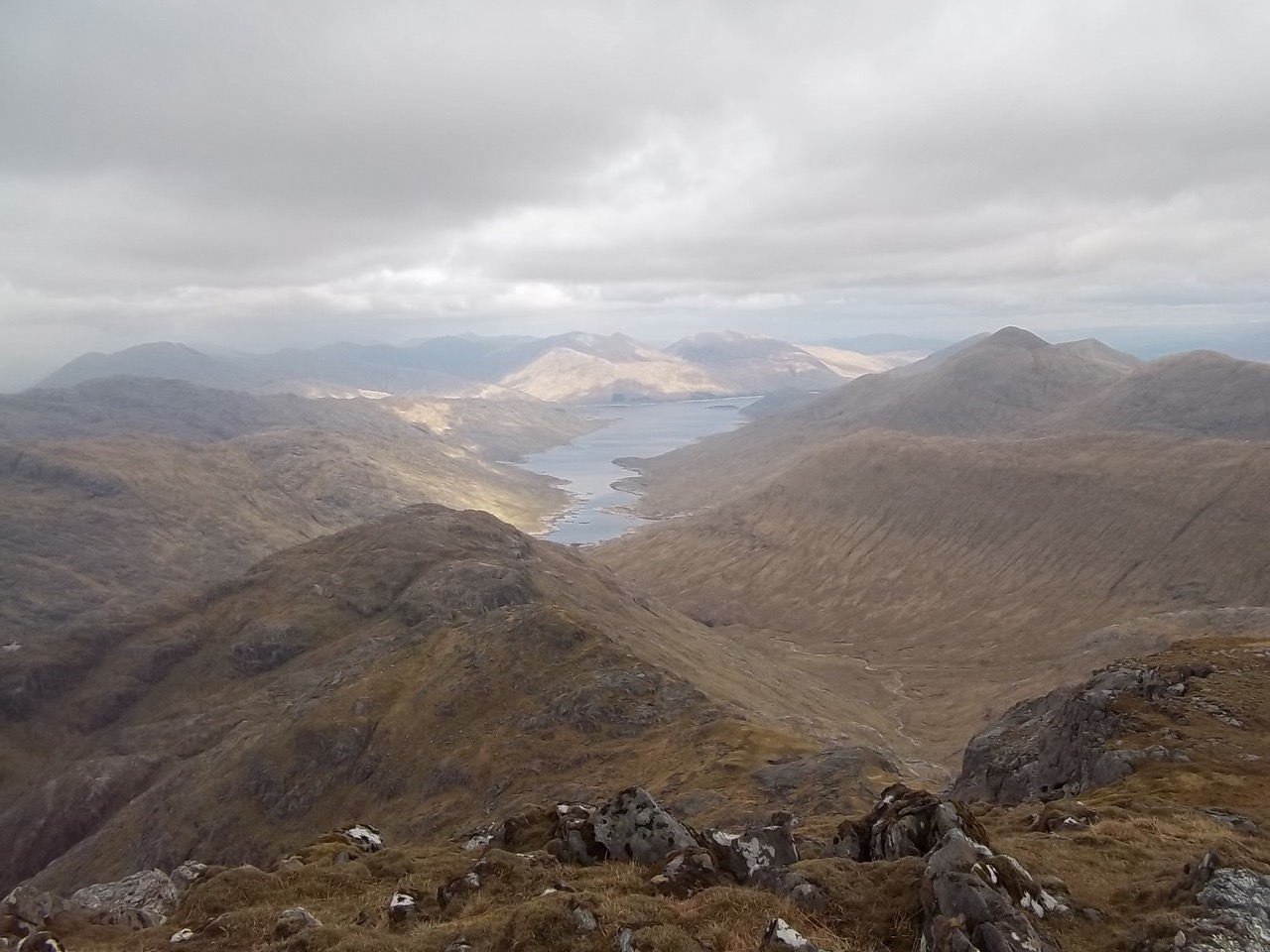 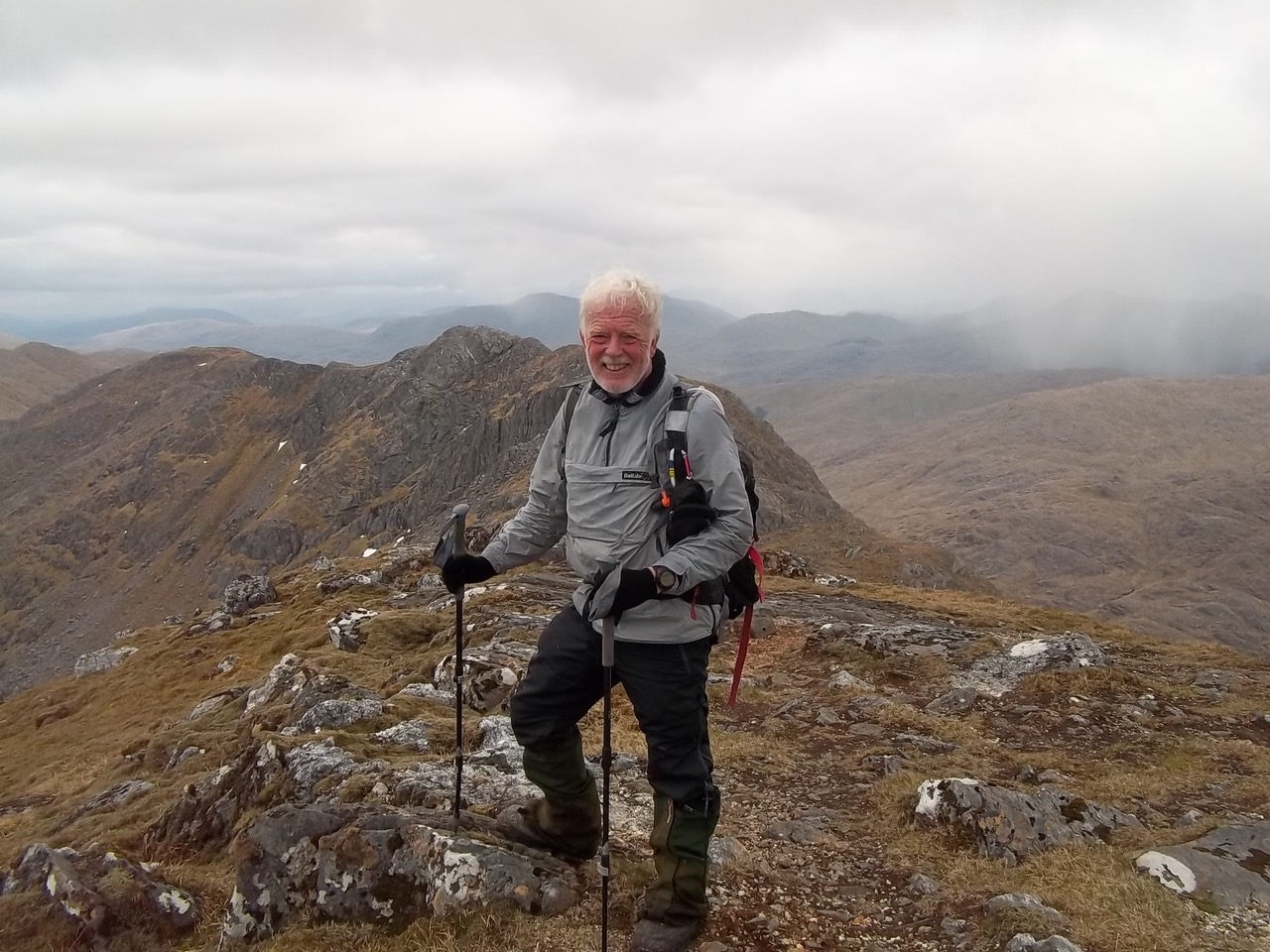 The way back to the bothy was long in the late afternoon: however a bright fire and ample supplies provided all the comfort we needed.

Sgurr Mor is not actually in Glen Dessary:- it's at the head of the even lonelier Glen Kingie. So our route lay up and over the pass, down into the head of the next glen, and up and over Sgurr Beag (890 m) to reach this remote summit. A bit of sleet and mist came and went in a chilly north wind, and finally our mountain top peered through the curtain. 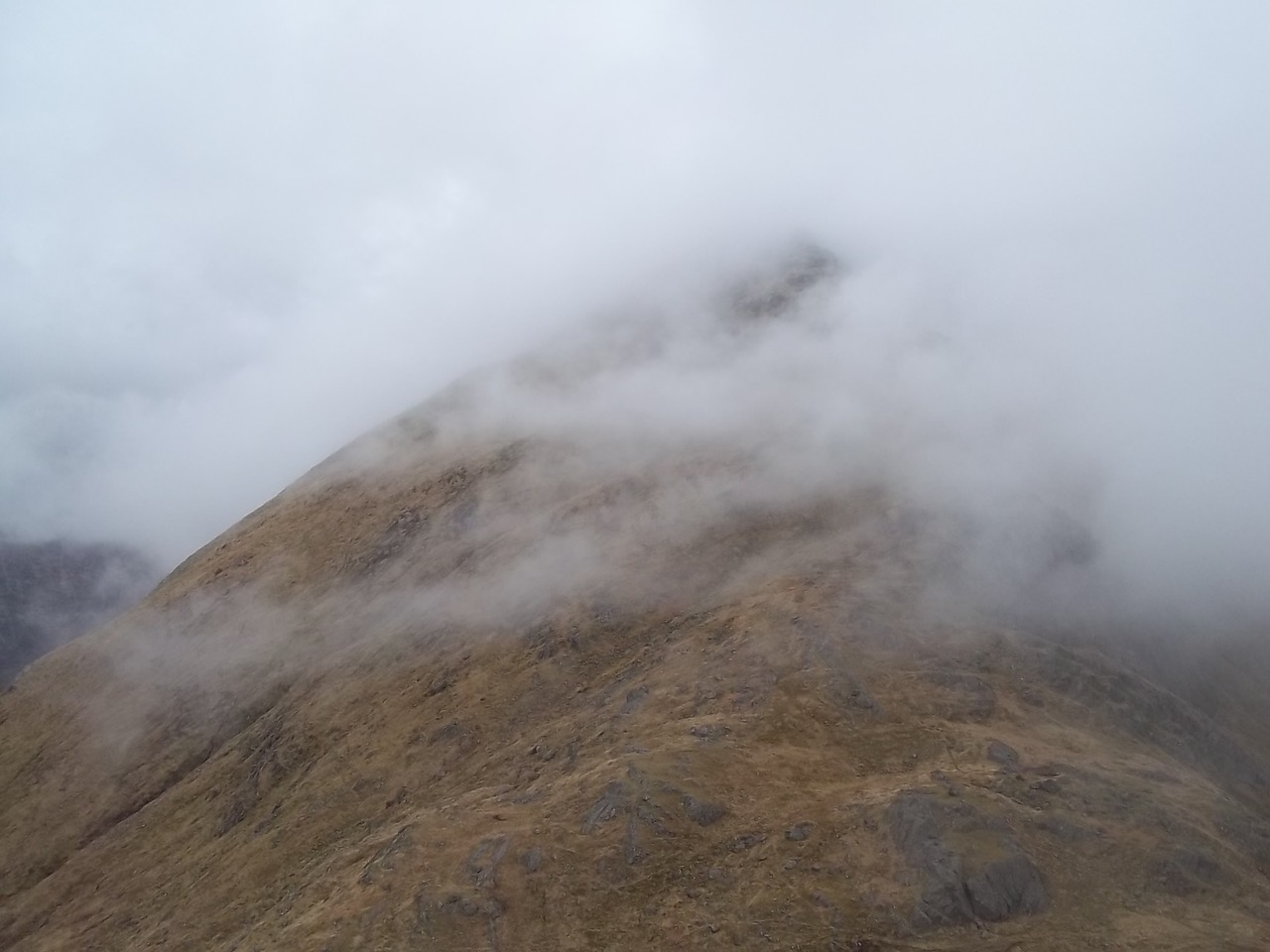 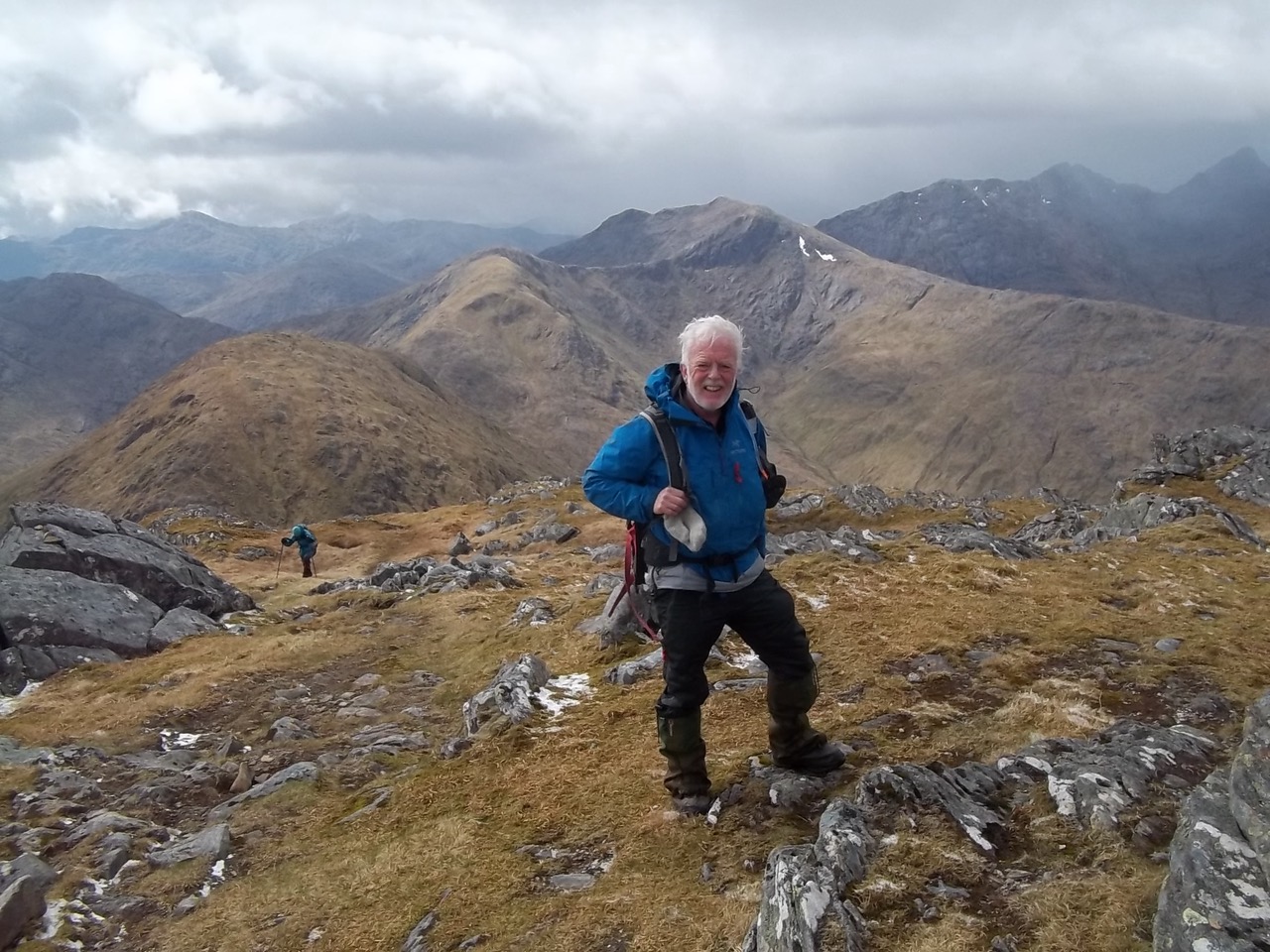 Then it was back up and over Sgurr Beag, up and down across An Eag (873m) and finally up the rocky east ridge of a second Munro, Sgurr nan Coireachan. Phew. 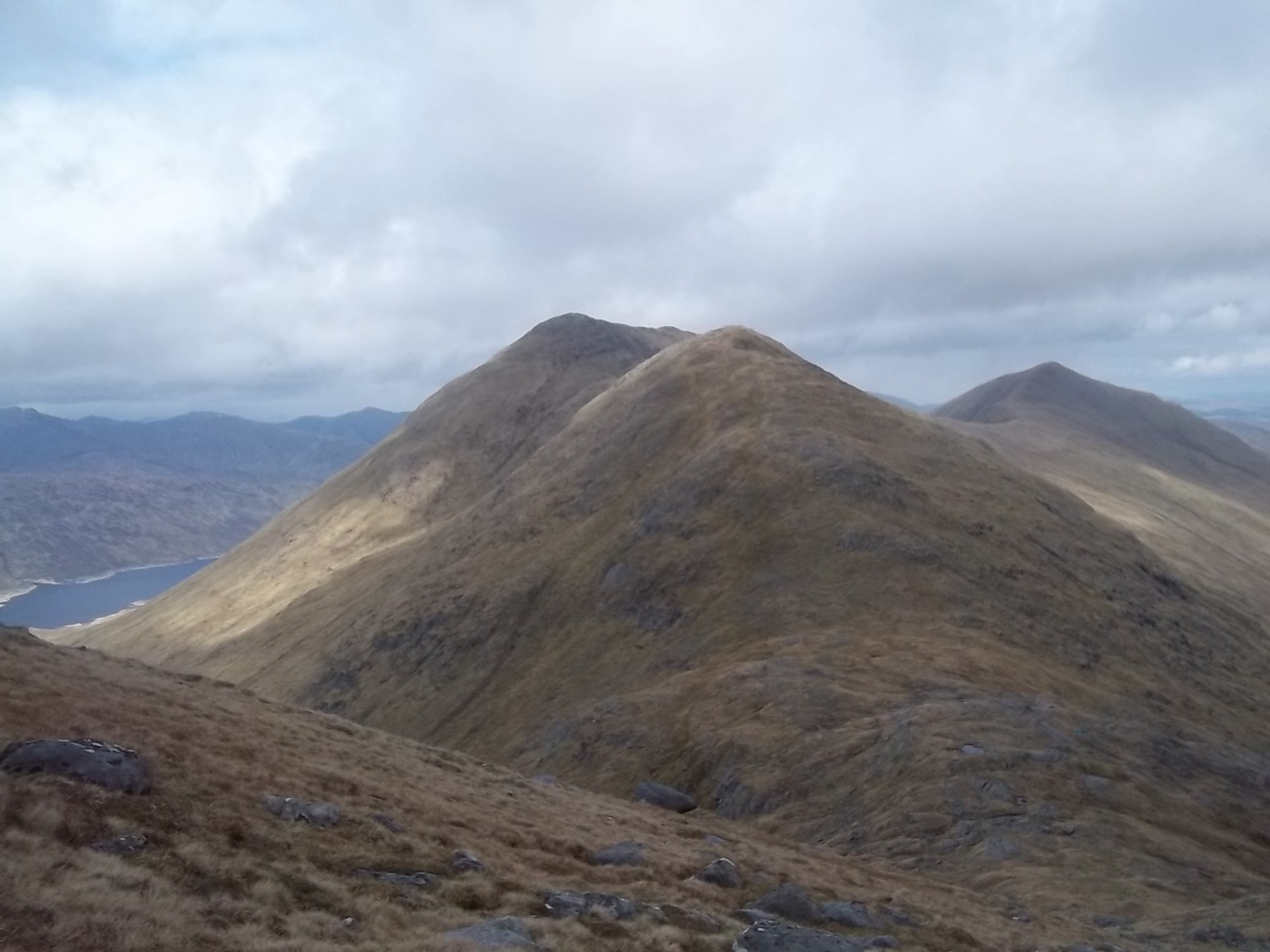 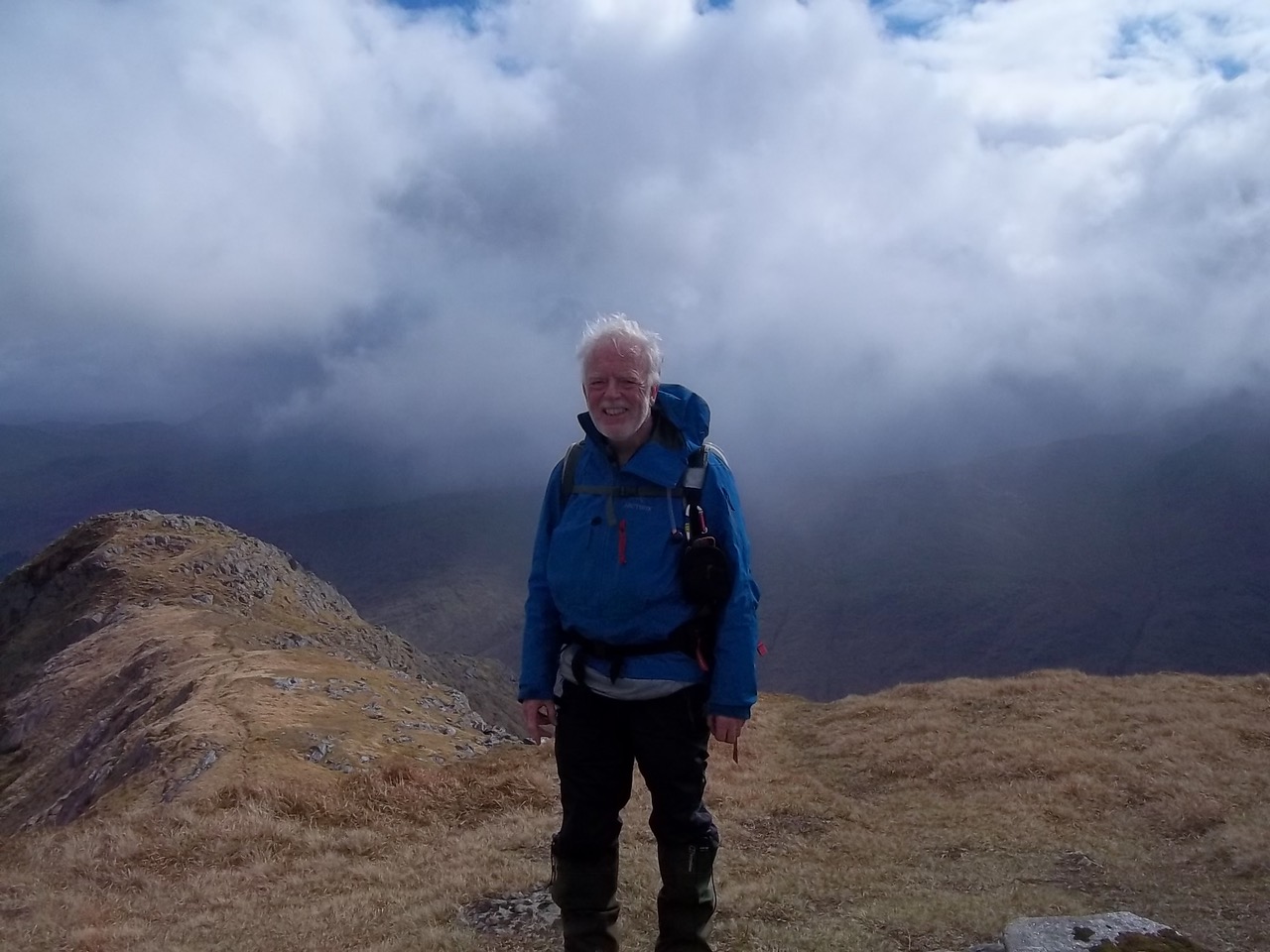 A long but satisfying day: fortunately our supplies were far from exhausted:- a four-course meal plus red medicine for knees and feet provided enough sustenance to get us back to the vehicles the following morning. And then (tip and plug.....) the Scottish Breakfast at Dalwhinnie. Ahhh !!
ANDREW E 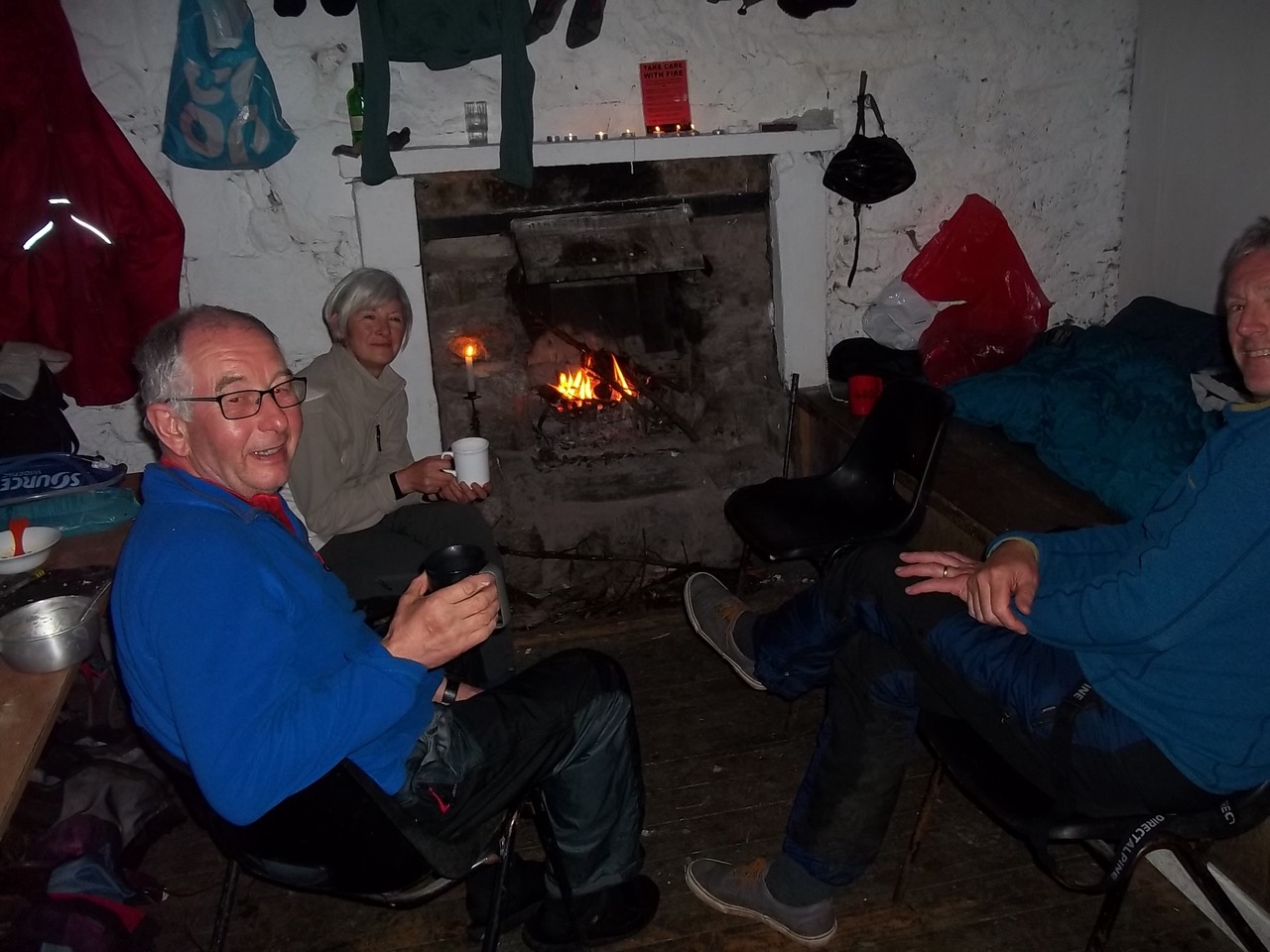