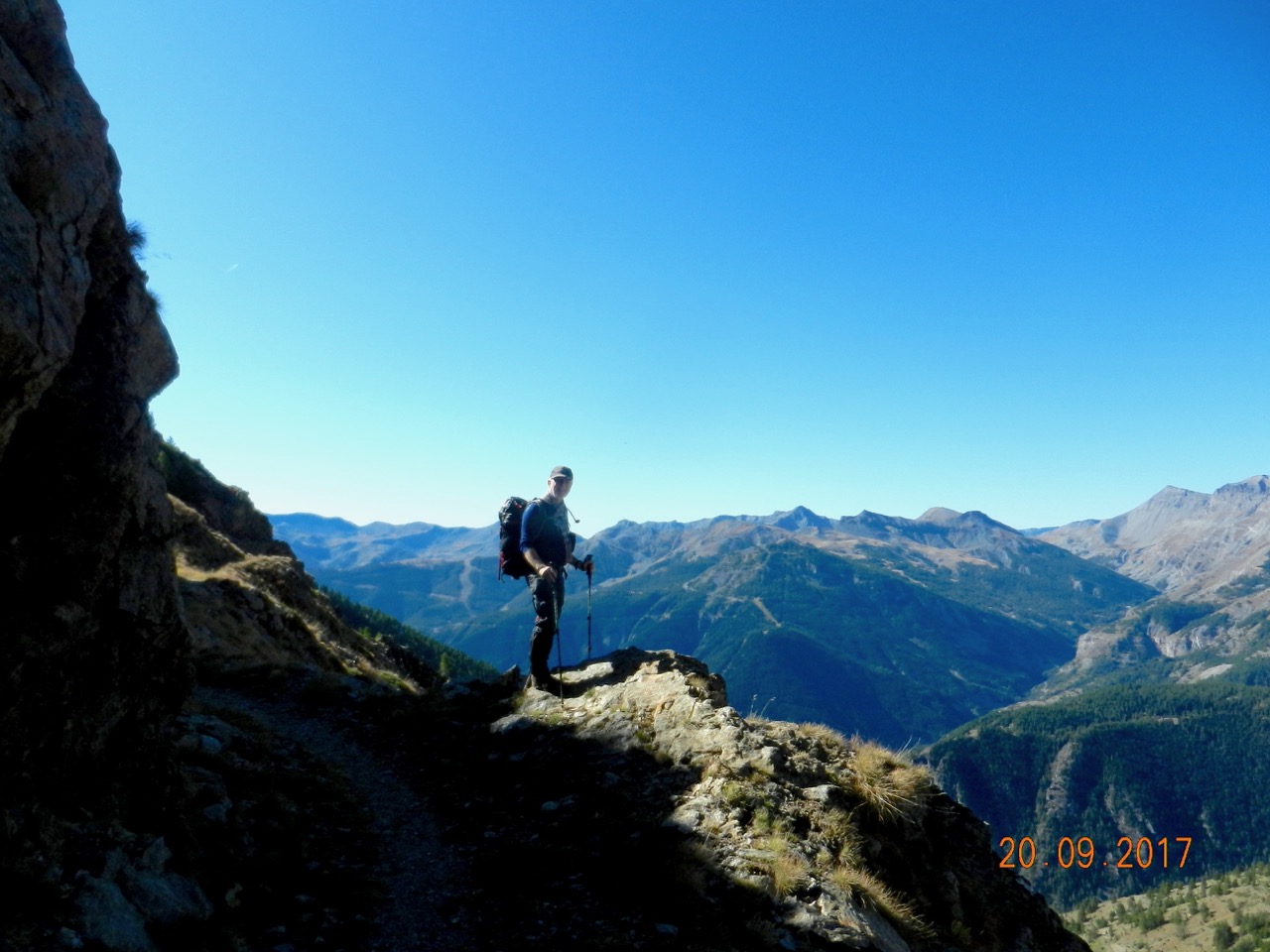 High in the mountains at 2400 metres the three blue-green pools lie in a hanging valley surrounded by sensationally jagged ridges, overlooked by a small Club Alpine Francais refuge. 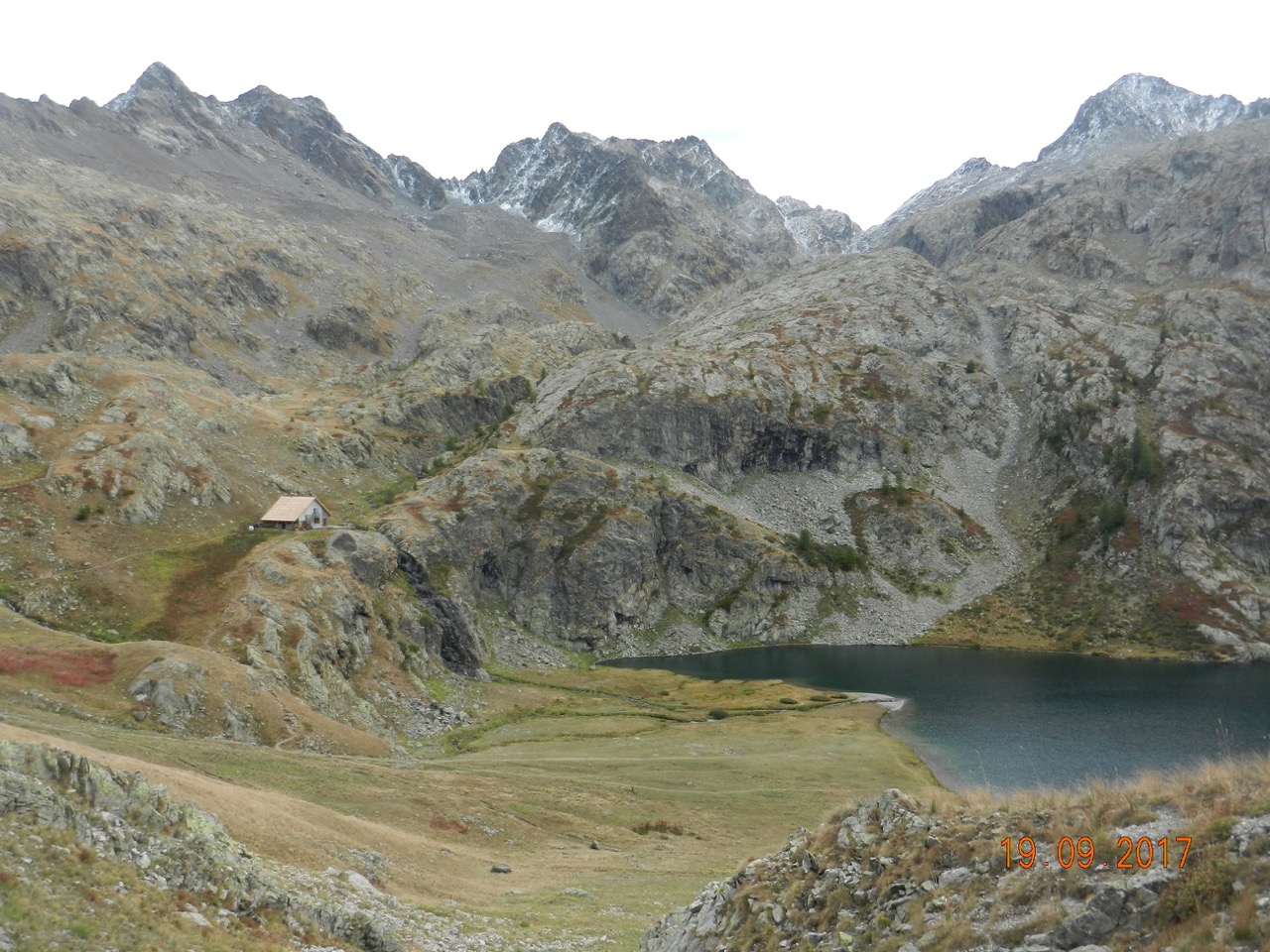 We spent most of the afternoon failing to take good enough pictures, and were still awestruck. 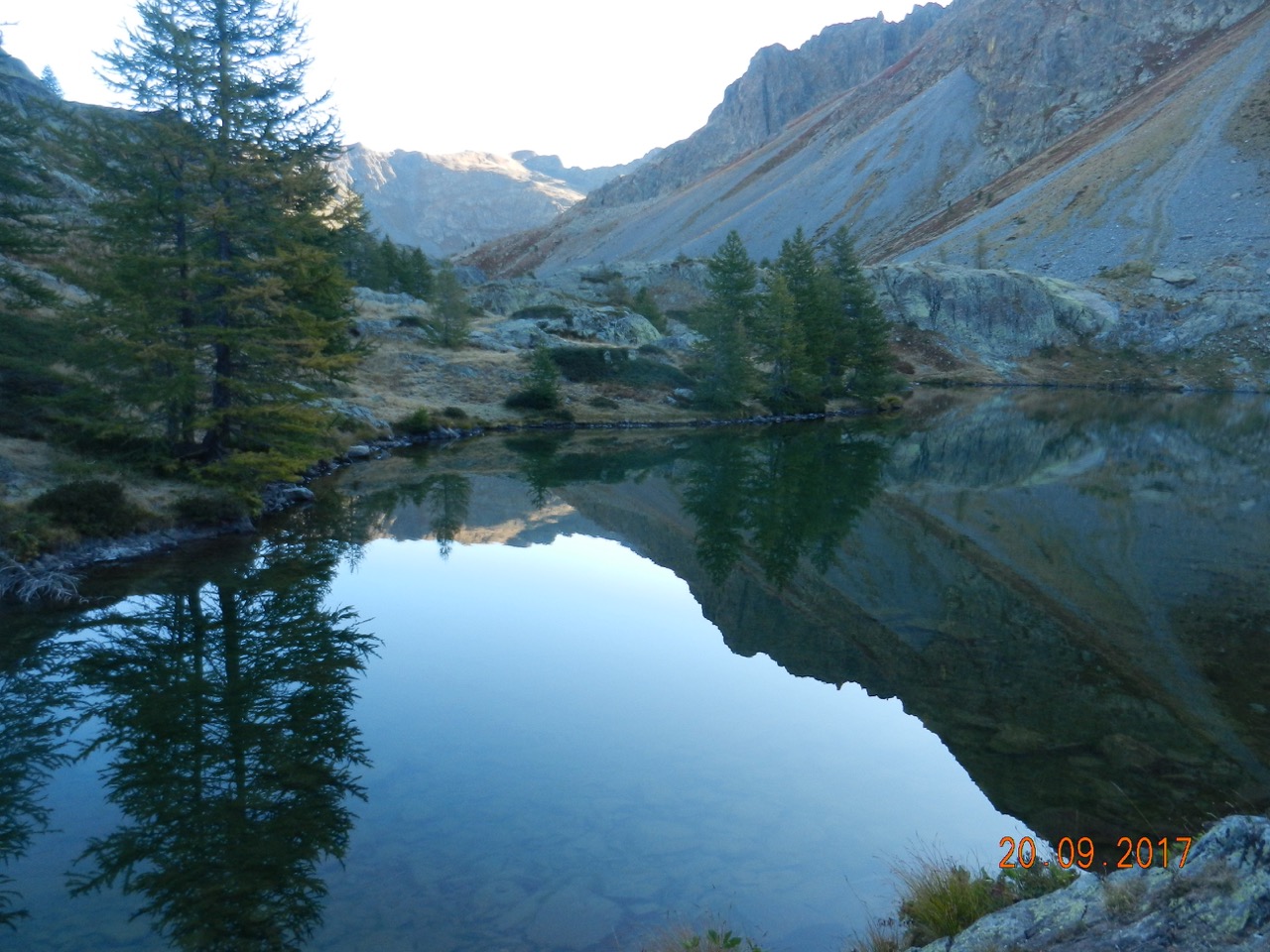 This year's “Mediterranean multi-Day “ trip followed our format of the previous 3 years to the Mercantour Alps, GR20 in Corsica, and the Appenine Crest ---- that is, taking what you stand up in, plus a compact sac of 7 Kg or so for the overhead locker. No hire car, no hold baggage, no base, no tent, no gear. 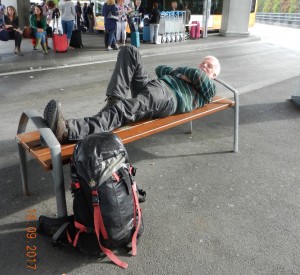 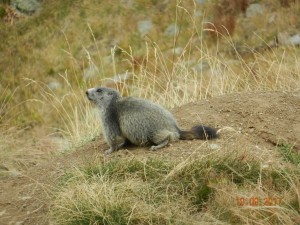 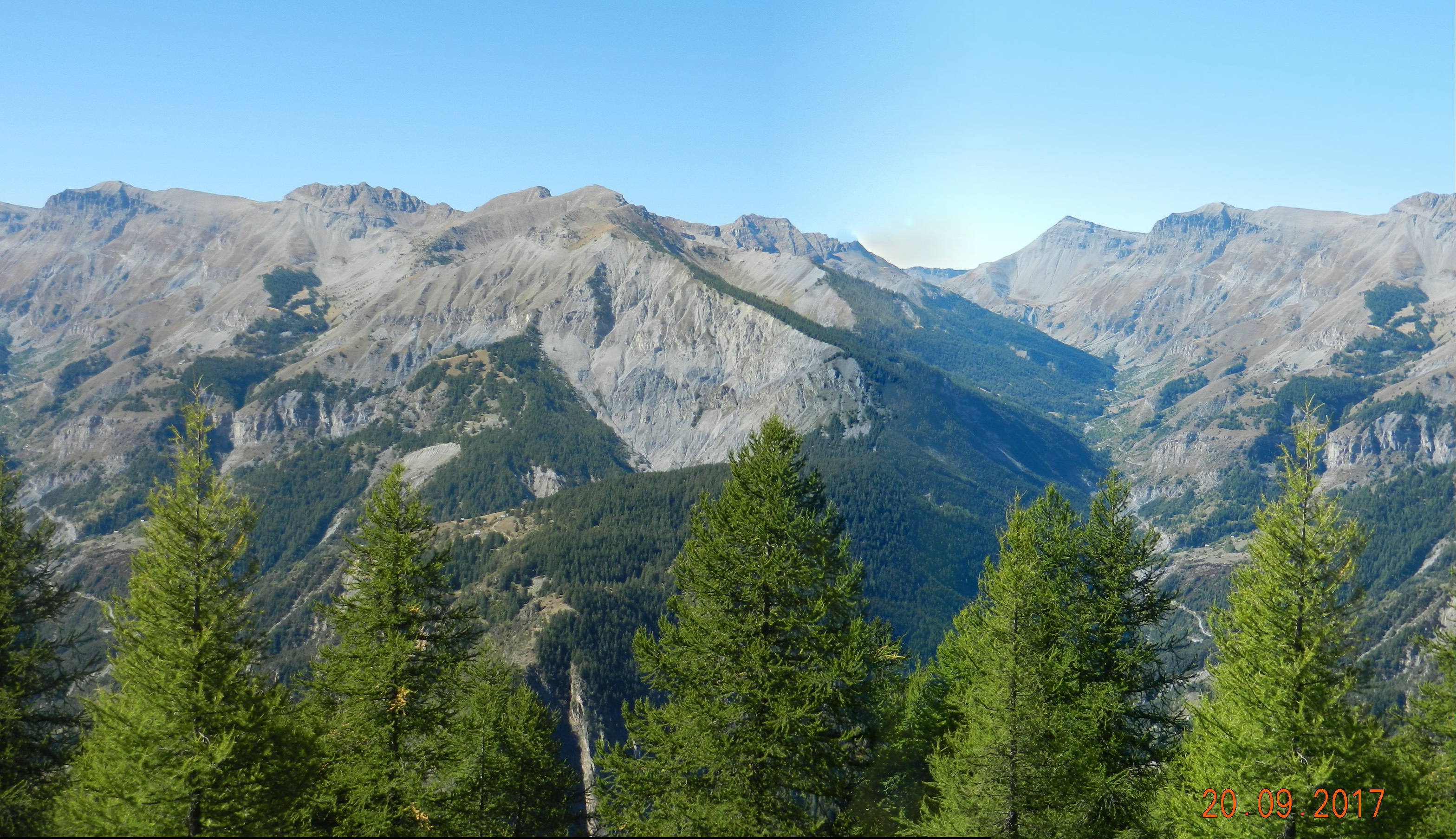 For the 4 day route starting from a village at the head of the valley (1500 metres) we had beds in two tiny seasonally-occupied (ie summer only) hamlets at 1900 m (Bousieyas – the highest settlement in the Alpes Maritimes – ; and Ferriere across the main range in Italy). 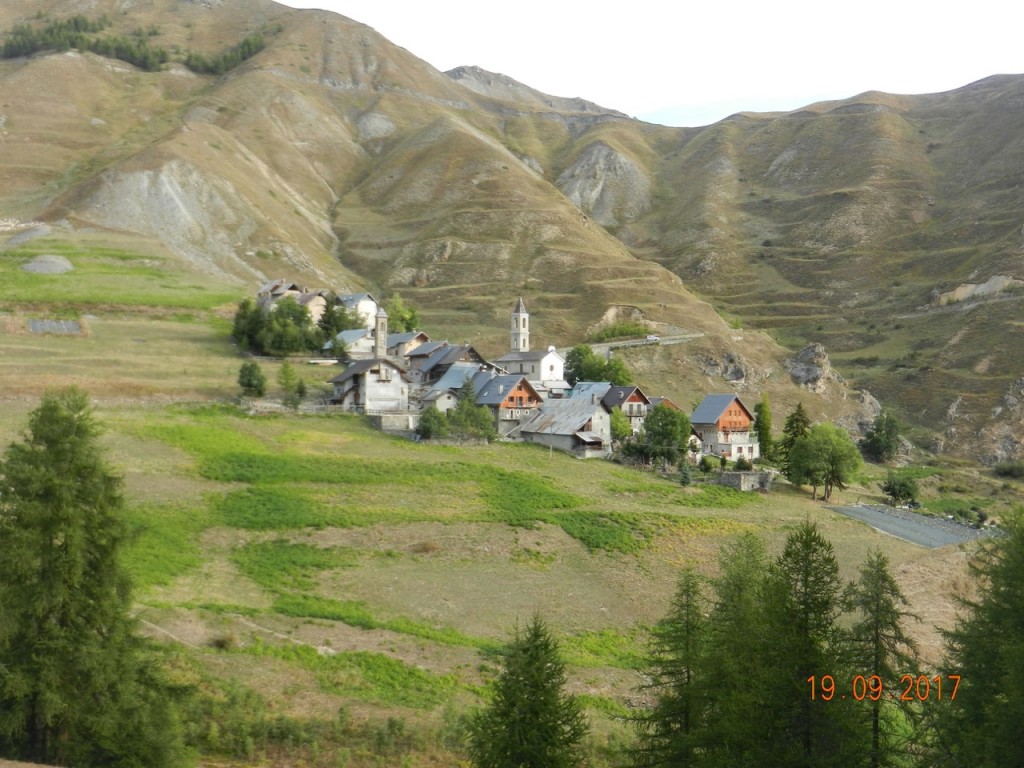 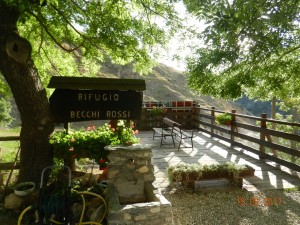 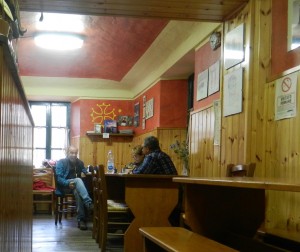 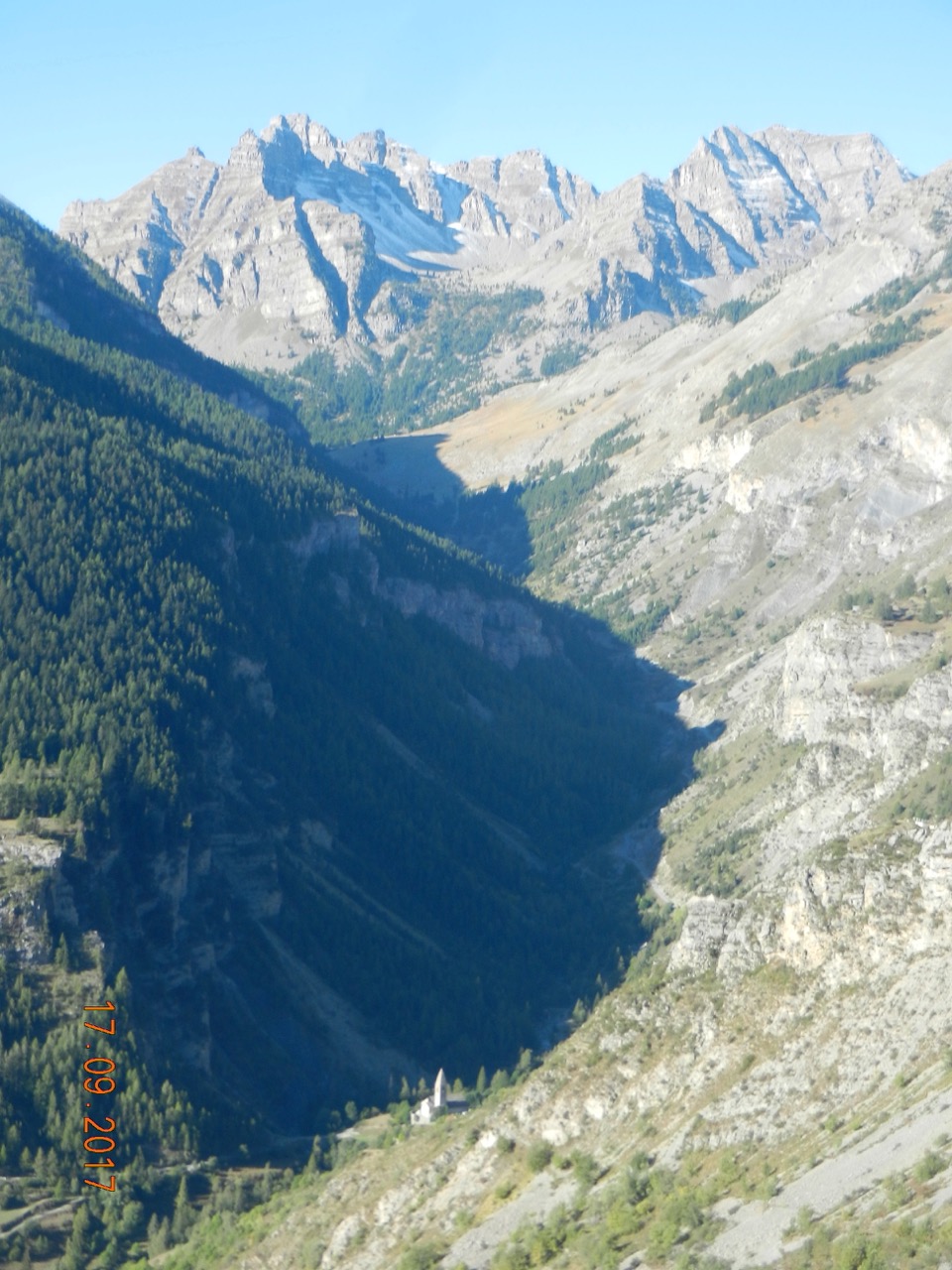 Then we re-crossed at another 2600 -metre pass back into France to reach the gorgeous Lac de Vens and the CAF Refuge. Highlights started with our first day along the Crete Blanche, – a roughly level ridge at 2500 m running about 3Km. 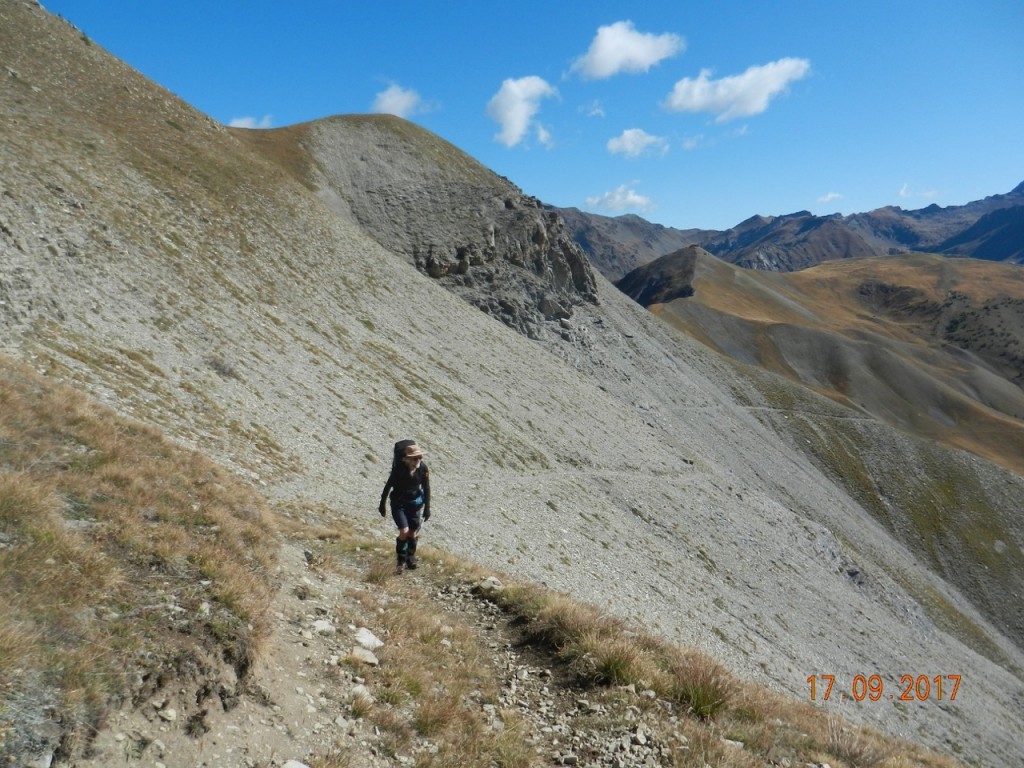 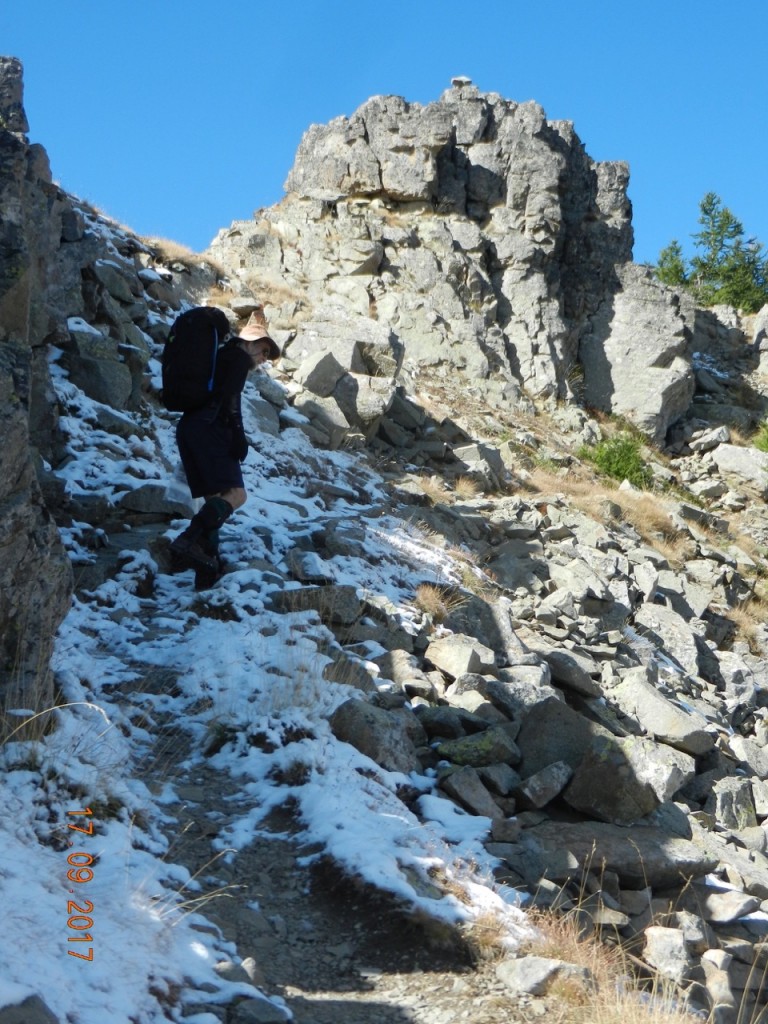 On Day 2 we crossed a wild and uninhabited cirque between 2 high passes to reach the border and the valley down to Ferriere (an old smugglers route). 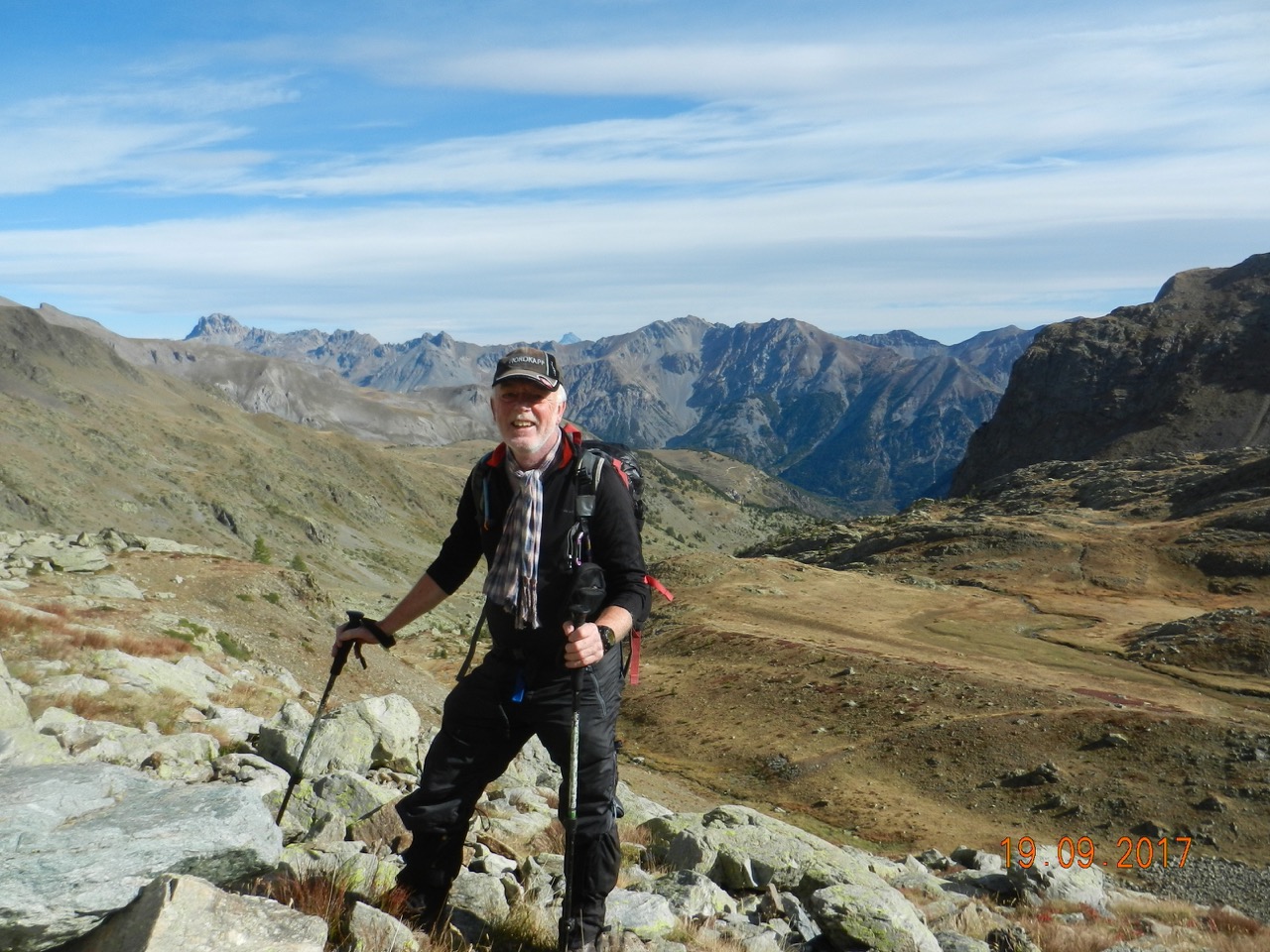 At the Bassa di Colombart hangs a bell, whose Italian inscription reads
With each breath of wind
Comes a tinkle of the bell
To remember with a smile
All those friends who loved the mountains 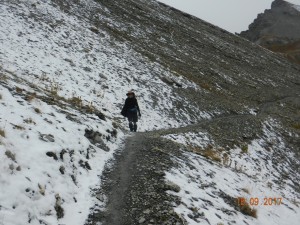 We were seeing the occasional snowflake. However Day 3 dawned clear for our progress over Col de Tortisse passing an imposing rock pinnacle and the remarkable rock arch. 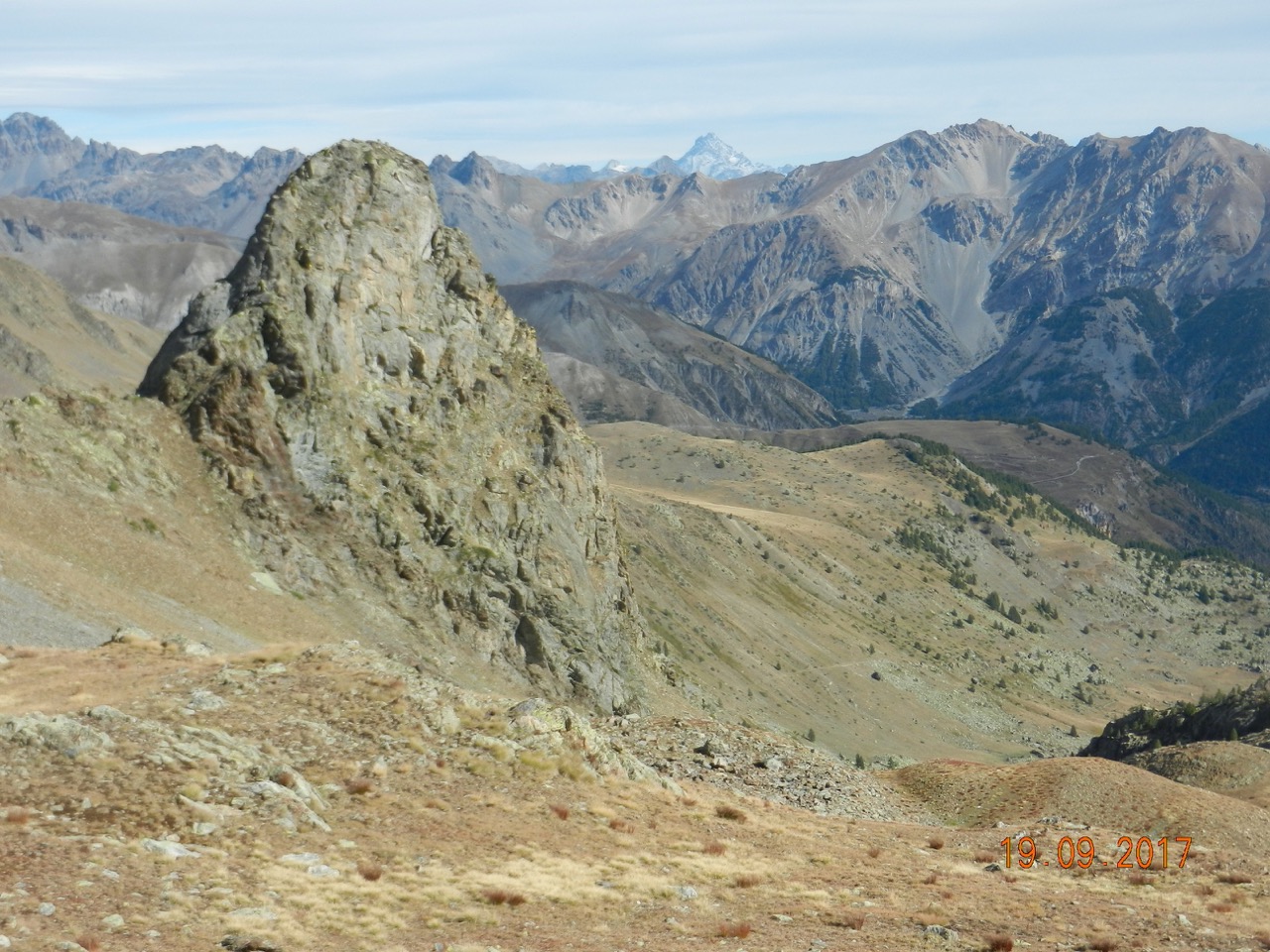 Progress away from CAF Vens was slow on our last morning, as we stopped repeatedly for photos and tried vainly to capture such excellent views. 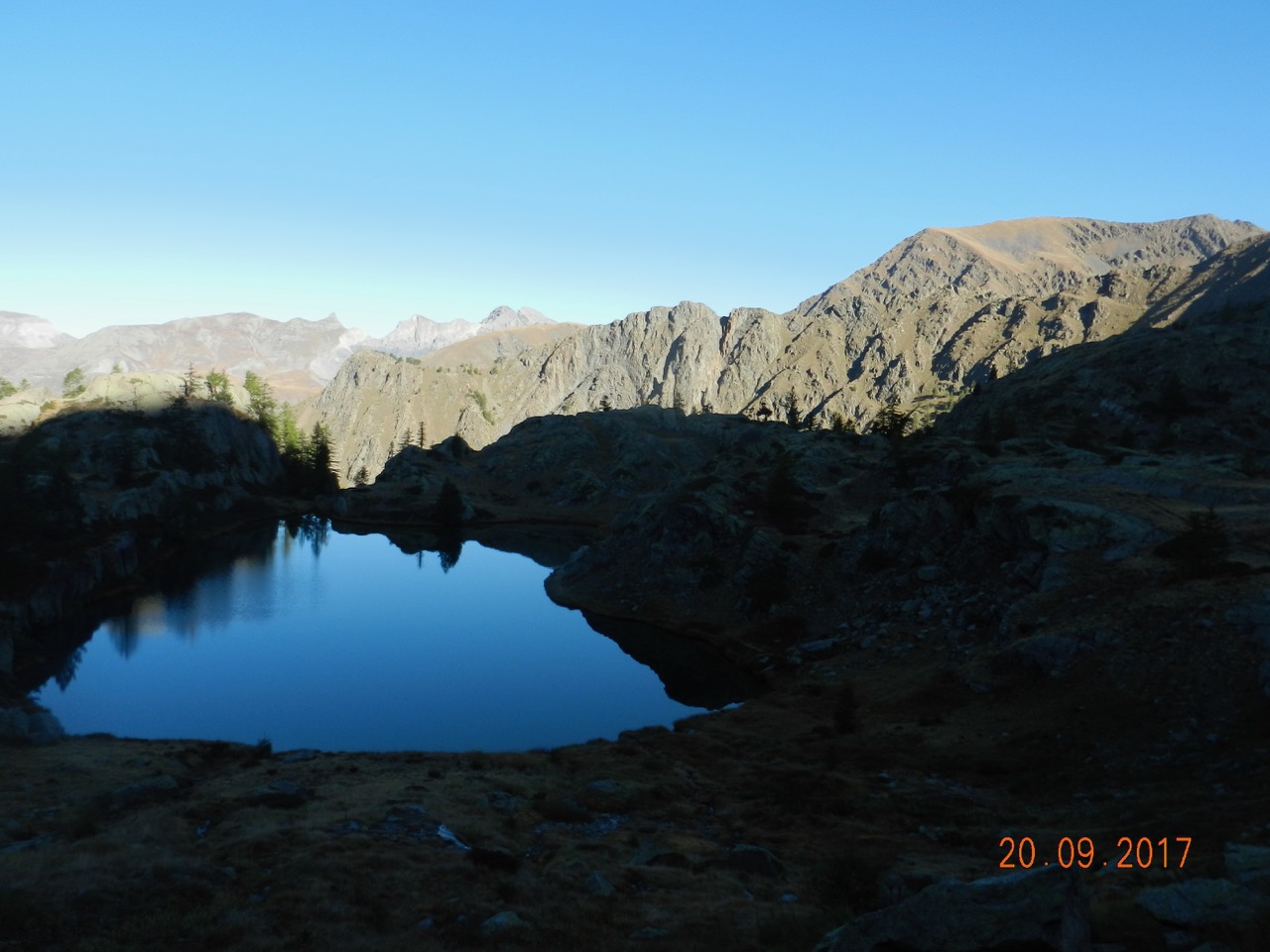 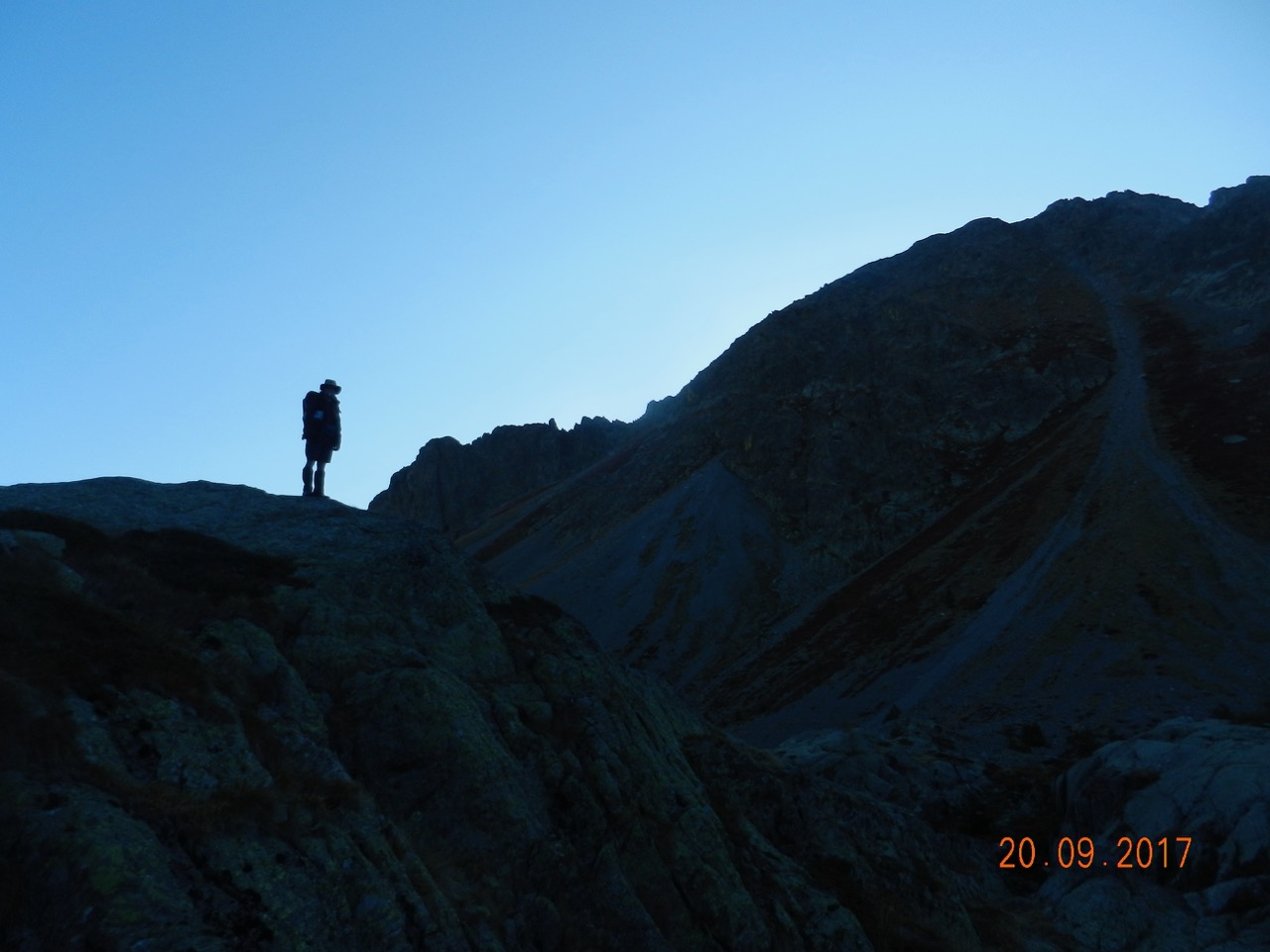 Our trail reached a path called the Chemin d'Energie, which is cut into the mountainside horizontally, and provides more fantastic panoramas. 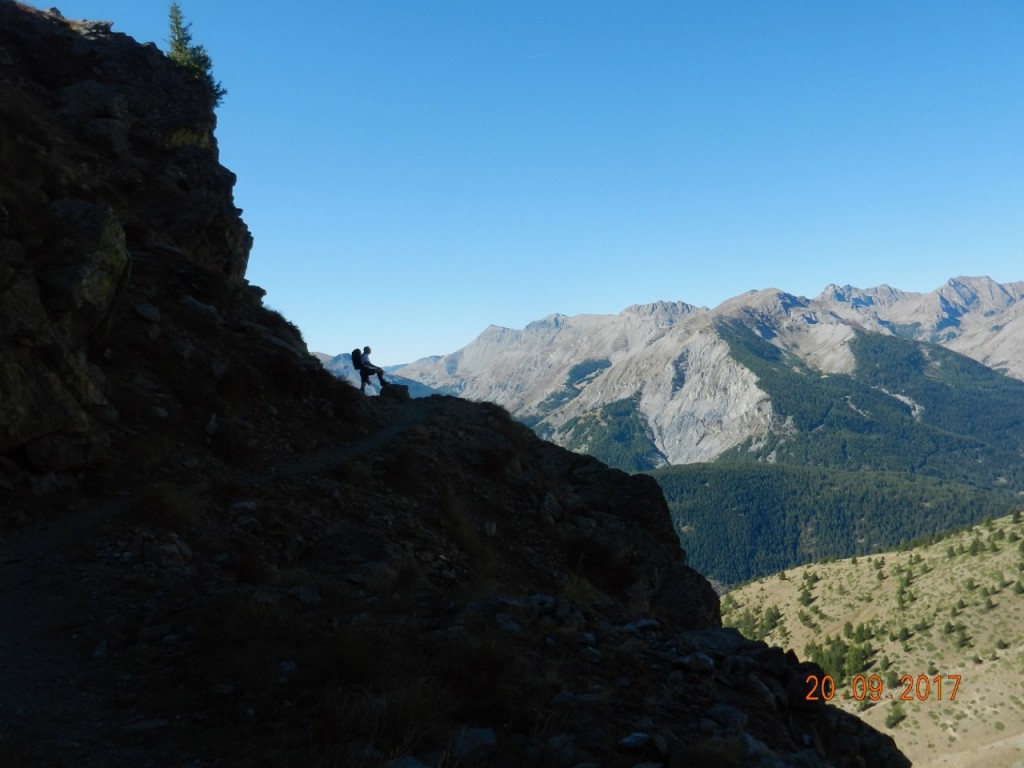 After another couple of kilometres, a path led easily down the 1200 metres to St Etienne in the valley, with its bieres pression and frites. 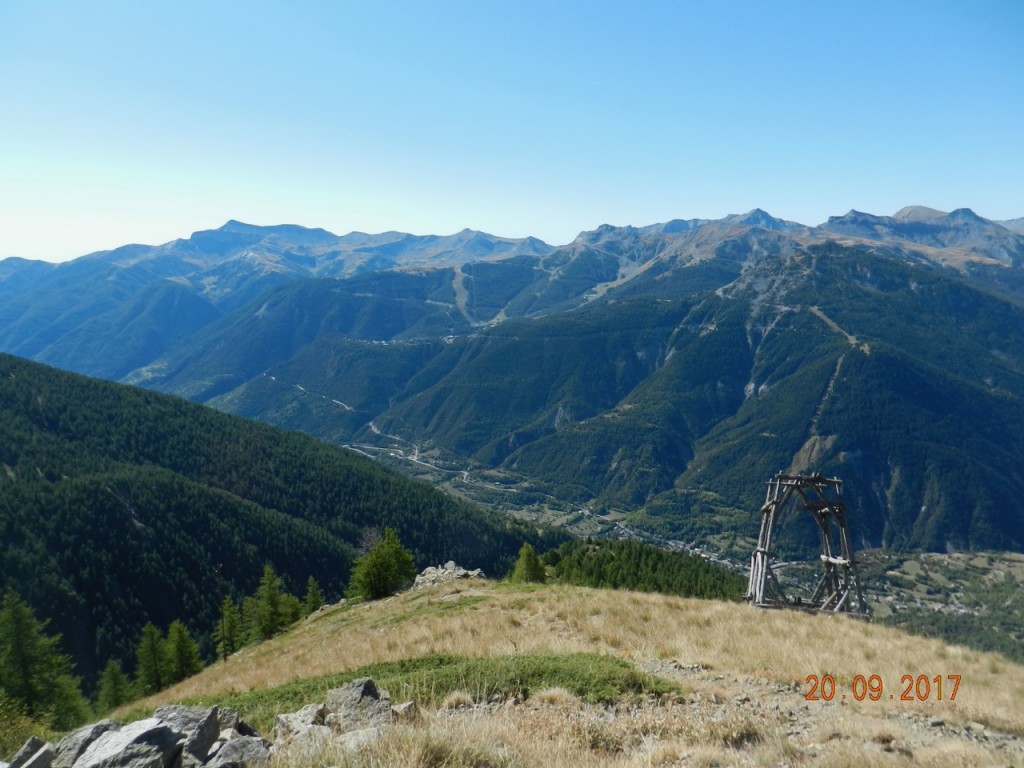 We were fairly pleased with the route, which we took from a local website https://randoxygene.departement06.fr as a fall-back option after our Crete plans were delayed. The paths were very good, many of them having been mule tracks in the past. As on GR20, however, we found that the time estimates for the days were pretty generous. We'd been prepared for the opposite, so we spent a couple of long afternoons reading, after finishing early. At the huts, our bills were around 50 Euros pppn all in, to include evening meals, wine, coffees etc. Flights and airport parking were £90 each. So its a fairly accessible area and didn't break the bank either.