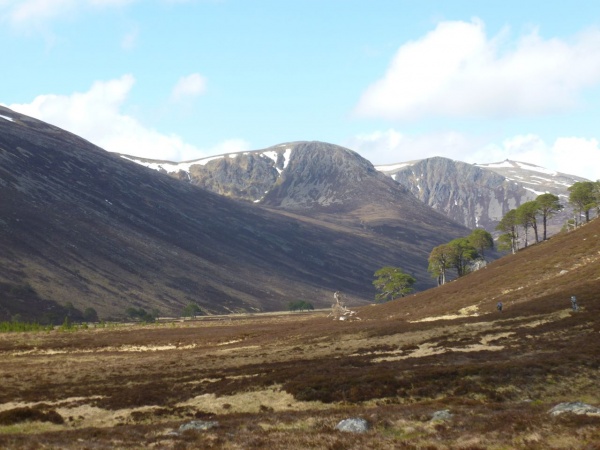 After weeks of crummy weather, how welcome it was to finally grab some time in the Highlands with Matt and Frank

Even so, the incoming fronts dictated going east to the Gorms, so we'll begin a tour of 3 mountains and 3 buildings, with some pictures of Derry Lodge, to which we cycled each day from Lin of Dee. 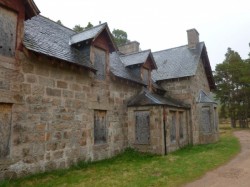 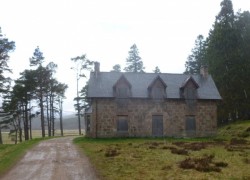 Derry Lodge remains a handsome building. It is of historical interest, because it formed part of the changeover of the Highlands to a shooting/sporting economy and the resulting investment in Victorian times, which had a big impact on the land as we see it today. How very sad it is, then, that this attractive building has been boarded up for well over a generation..... since 1967 in fact !!

At the same time as neglecting this piece of heritage, the Mar Lodge Estate (National Trust for Scotland) periodically grumbles about "over-use" of the bothies, particularly Corrour.
It has always seemed to me an obvious plan, to bring Derry Lodge back into use as a British "mountain hut" with some drink and food, and basic sleeping. It would certainly take pressure off Corrour, if folk were enabled to stay here. I can see no mention of any plan whatever for Derry Lodge in the 2012 Mar Estate Management Plan !!

No doubt the Highheidyuns would be horrified by such an idea. But look around guys !! There were dozens of campers close to the building, and at Bob Scotts Bothy... plus several landrovers up and down the estate road. Clearly they're not going to demolish Derry Lodge, and it's hard to see that doing something useful with it, would necessarily be any environmental disaster.

We trogged steadily away from the crowds, gaining height onto Ben Bhreac as the skies cleared and the sun shone. 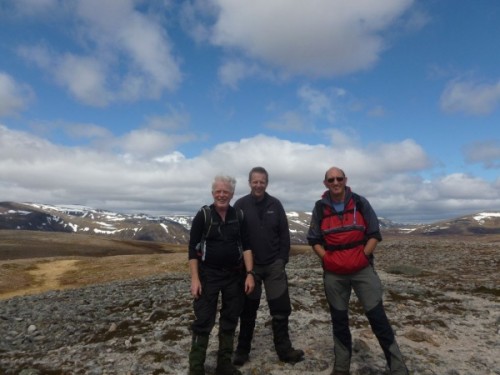 Although it is on The List, Ben Bhreac is one of the least obvious of Sir Hugh's Ticks, because it is connected very easily to Beinn a'Chaorainn with almost no descent. So thither we went, and our second mountain provided a fine panorama from Ben Avon through Cairn Gorm and round west to Ben Macdui. A fantastic viewpoint in the centre of this magnificent area.

Time now for our second building, which was the Hutchinson Hut. This has been improved considerably since my first visit in 1996, and instead of resembling a lock-up garage, it is now a rather cutesy wendy-house to sleep 4 to 6, complete with a nice stove. 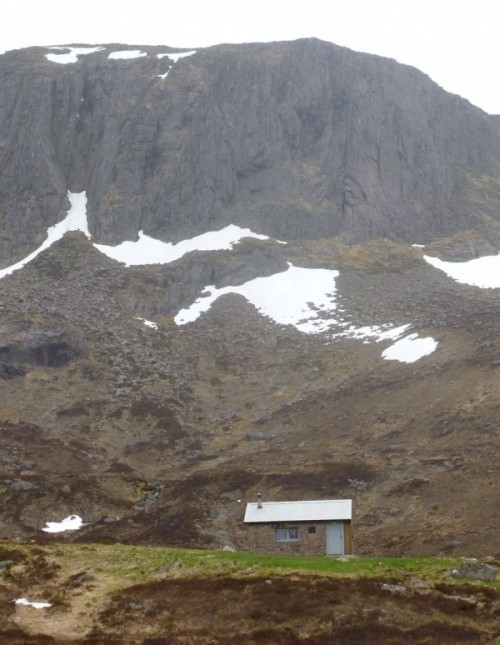 We were moving easily with quite light packs, and although the pace was good, I felt a lot better than on my 1996 visit, almost 17 years ago to the day. This had been at the end of a much longer day from Linn of Quoich and over Ben Avon, with a much heavier bag. (About 37 km and 1500 metres climb, for the record !)

The fair weather forecast had filled Braemar village, so for our third building, we found ourselves at the "Habitat" bunkhouse in Ballater. www.habitat-at-ballater.com/ Perhaps fittingly for the location, Habitat is really the Queen of Hostels. It has all the right things, everything works well, and it is all very stylish and comfortable, well recommended. Glug glug. ZZzzzzzzzz .

Leaving the bikes at Derry Lodge again on Sunday, we set off under clearing skies to Derry Cairngorm. 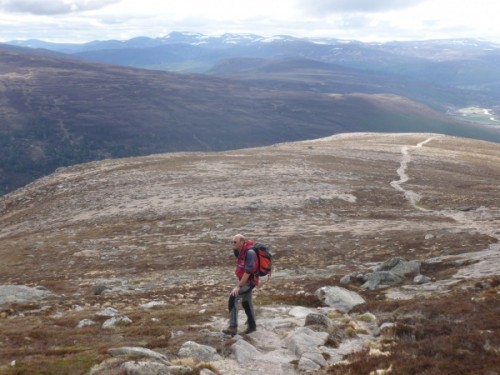 The excellent path was matched by excellent views. 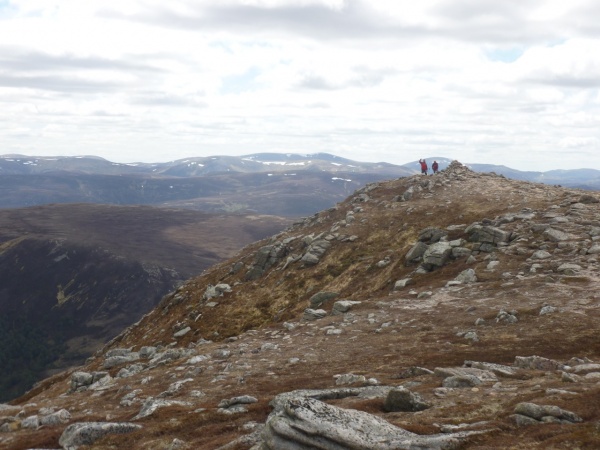 Perhaps the most memorable bit of all, though, was a brief diversion to the outlier south of Carn Crom which has a super perspective down Glen Lui.
All told, 2 grand days, some fair striding, and a happy little rant. 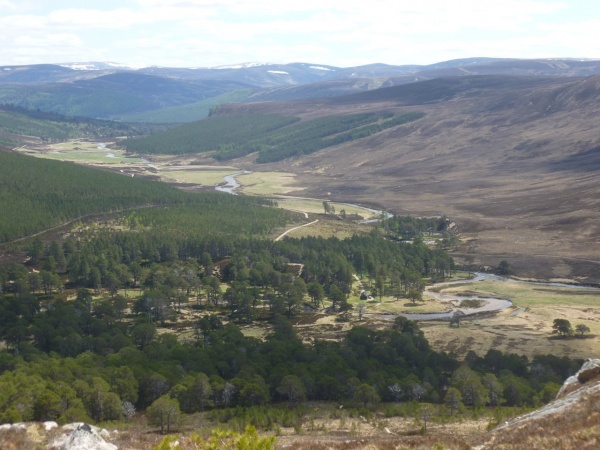